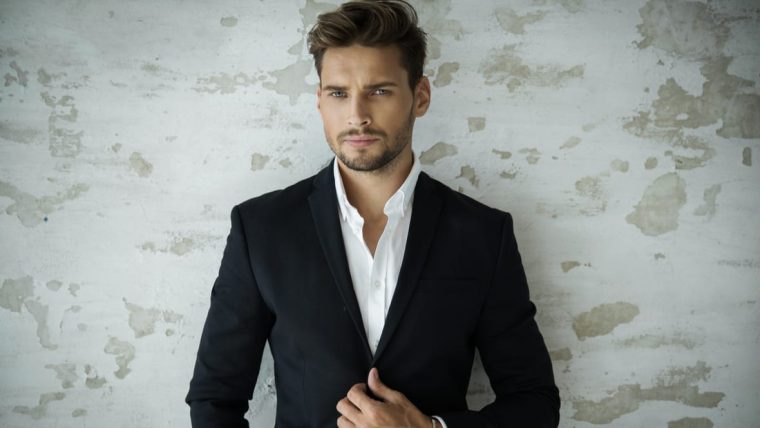 Hello dear readers, how are you? Great and ready to dive into the May predictions, I hope! Buckle up, because this month is packed with changes…

The beginning of the month highlights the Taurus man’s differences with his long-term partner or love interest. His social life is booming, and he is asked to spend time within a crowd of people versus the need to be alone. All in all, the accent is on him and his personal feelings during this time.

A Full Moon Scorpio Eclipse has come to shake up his world.  Coupled with the Nodes of Destiny aspecting his seventh house and Saturn making trouble in his tenth house of public image and career – this is under no circumstances an easy transit for the Taurus man. Prepare for a bumpy ride…

The end of the month brings a platonic closure to this bumpy month for the Taurus man. The New Moon takes place in his second house of finances and luxury and Mercury makes a retrograde return to his sign to conjunct the North Node. It’s a good time for intellectual dates and having a good laugh.

Right off the bat, there’s a stellium in the Taurus man’s first house of self – the Sun conjunct Uranus, Uranus conjunct the Moon, and the Moon conjunct the North Node opposed to the South Node in Scorpio (his seventh house). This is a lot of “heat” for him to take considering himself and his long-term partnerships.

Venus is conjunct Jupiter (exact, in Pisces), his eleventh house of friends and teamwork, and Mars is drawing closer to Neptune. There’s a lot going on in his social life right now, and no matter how much he’d like to be left alone and retreat into the mountains, he’s asked for the opposite.

Mercury is highlighting his second house of money, so he can expect a lot of new gigs coming his way, as well as a lot of fast money. This is a good time for social events and to have fun with his friends – if he can’t escape them, then he should join them.

It’s a good time for witty situations and casual game nights. He’ll crave mental stimulation during these days and it’s best to keep it light and intellectual. It’s true that Venus feels extremely romantic right now, but who’s to say that romance can’t be utilized in a platonic and intellectual way?

Nature Is My Home And My Savior

On the 9th of May, there’s a powerful conjunction between the Sun and the North Node in his first house of self. This will help him learn the lessons of the North Node that impact himself and how he’s been treating himself in the mirror.

Moon squares both the North Node and the South Node (in his seventh house) from his fourth house of family and home life. This means that lessons involving his original family (mother and grandmother mostly) are in full bloom. This is a challenging time for him, as he is asked to fight for his own identity versus that of his family and his partner.

Venus, his ruler, moves to Aries (his twelfth house) and here she doesn’t feel so good. His fears and dreams connected with both money and love are activated right now, and the closer she draws to Chiron, the more heavily he will feel the effects.

Now is a good time for introspection and keeping the peace. Dating advice for this transit is: go into nature and spend time near water and animals. Visit a botanical garden, try your hand at gardening, repot your plants together, and have fun while being surrounded by nature’s energies.

Long Arm Of The Cosmic Law

On the 16th of May, there’s a big Full Moon Eclipse taking place in Taurus and Scorpio. This highlights the current transit of the Nodes in a spectacular fashion and the Taurus man is asked to reevaluate his own self-worth versus that of his partner.

This entire conundrum is heightened as Saturn is square both the Sun and the Moon. So, there’s going to be a lot happening in the Taurus man’s both love and professional life. He is asked to take a good, hard look at himself and at what he wants, both professionally and romantically.

Now is the time to make a clean break and start anew. Whether that means breaking it off with his long-term partner, quitting his job, or both remains to be seen…

Venus is conjunct Chiron in Aries in the Taurus man’s twelfth house and Mars is conjunct Neptune in his eleventh house. There’s a lot of paranoia and inner wounds resurfacing during this time, and he might get into conflict with his coworkers at this point in time.

This Eclipse has come to shake things up for the Taurus man, and to make it easier for him to get rid of what’s not working for him anymore. If all is going well for the two of you, then you can go out for a nice dinner, or have a good laugh at the stand-up night.

A Sigh Of Relief

The end of the month brings forth a New Moon in Gemini, and Mercury’s retrograde walk into his own sign of self where it conjunct the North Node and opposes the South Node. But not all is lost – Venus has moved into Taurus, so he is about to receive a glow-up, and he is going to be in a very romantic mood.

This is a perfect time for dating and going out and about, spending time in a friendly setting that has a lot of people and there’s an intellectual challenge of some sort is the perfect romantic scenario for this transit.

Mars and Jupiter are conjunct in Aries, in his twelfth house, so his paranoia and phobias might be wildin out during this time, at least he will be asked to address them and solve them once and for all, so that’s a silver lining right there.

Saturn and Neptune make an exact sextile activating the Taurus man’s eleventh and tenth houses, so this might help him create a better understanding between his colleagues at work, and he may be blessed with some rewards for the good and patient work he’s been doing.

It’s a great time for a short trip and for spending time in an intellectually-simulative background.

Read next: What Every Taurus Wants From A Relationship

The Taurus man can expect a lot of turbulent changes and a lot of conflicts during May. This is why his emotions will be all over the place. At the beginning of the month, he is asked to reevaluate himself versus his fears and to deduce which phobias are real and which are not.

At mid-month, the Taurus man will need to decide how he feels about his love life and which of the relationships are worth carrying on in the future, and which are not. Plus, he’ll have to balance his family life as well.

The Eclipse brings a lot of closures and endings, but this is a good thing, as he will be open to new beginnings and ventures that are far better for him in the long run.

The end of the month brings forth a lighter atmosphere and a happier mood as he is asked to have some witty fun and enjoy himself in a casual setting.

Are you looking for more ways to make your Taurus man your forever love? Or do you feel like there are still some bumps in the road with your Taurus guy? I’ve still got a few spots left for my VIP consultation where I can answer all your personal questions in love and life. Check it out right here.

All the love and happiness in the world.