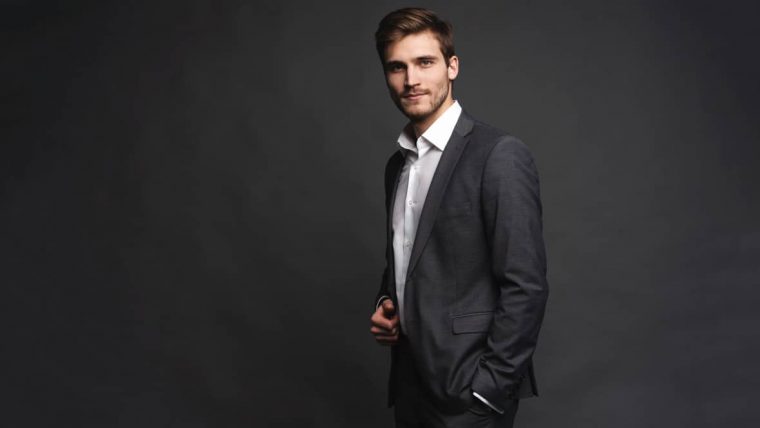 Hello, my darlings, how are you? Well and dandy, I hope, because we are about to dive into April’s predictions and it requires some real concentration!

The beginning of the month emits a powerful, moving energy as the New Moon occurs in Aries. This falls in the Taurus man’s twelfth house, so his phobias and fears might be accentuated, but there’s a healthy countermeasure for everything – so going outside and having a romantic time in nature can prove to be just the thing for his nerves.

The end of the first quarter brings good and dreamy vibes for the Taurus man. He’ll be prone to opening up about his inner conflicts and fears, so lend him your ear and your shoulder. Support him and bless his ideas, for now, is the time to plan and dream for the future.

Full Moon brings new beginnings and Uranus crushes any plans you had. So, it’s best not to plan during this time and just go with the flow – follow your heart and let your mind take a back seat.

This Black Moon came in like a wrecking ball for the Taurus man, and there’s nothing much he can do about it, except follow his guts and roll with the flow. This is a very powerful time for change and new beginnings, he just needs bravery and courage to become something new, something fresher and better.

New Beginnings And New Dreams – There’s Work To Be Done

Right off the bat, we dive into this nice, spring month with a strong New Moon conjunction with the Sun, Mercury, and Chiron in Aries. This takes place in the Taurus man’s twelfth house of dreams and subconsciousness.

In his first house, we have the North Node drawing closer to Uranus, as well as Fortune at the beginning degrees of his sign. This means that fated events are bound to happen to him during this and a couple of next months.

It’s a good sign that Fortune entered his first house of self, as all the sudden and unplanned circumstances and events that happen will have at least a silver lining in them.

Venus, his ruler, is on the last degrees of Aquarius, in his eleventh house, it’s conjunct Juno and Saturn, but it’s finally getting away from Mars, who has been chasing it for the last couple of months like a mad dog. This means that the Taurus man will finally get some rest and relief in his head and his heart.

This is a good time for active dates and outdoor activities with your Taurus man. There’s a lot of internal work to be done, but that’s his business. Thanks to Aries energies, now is a splendid chance for squeezing in all those romantic ideas you couldn’t before, so go for it!

Around the end of the first quarter, we have a sweet Moon in Cancer transit that illuminates the Taurus man’s third house of speech and travel. The North Node makes a conjunction with Uranus that has influence over his career and professional matters, and Venus has moved to Pisces!

This is a great and positive time for the Taurus man, and you should use this opportunity to make sweet memories together. Make sure to go out to nice wine and dine, to spend time watching the sunset together, hold hands, kiss, cuddle, and just enjoy each other’s company.

It’s most likely that he will open up to you during this transit, about some of the troubles and fears he’s been having. Lend him an ear and a shoulder to lean on. Even if the vibes are more friendly than romantic, he will appreciate your discretion in the long run. Just be there for him.

It’s a really good moment to go swimming together or enjoy some kind of aquatic activity. It could be a spa day, or weekend, or just making plans for some future time to be spent together.

Venus Is Flowing And The Moon Is Giving

On the 16th, a Libra Full Moon casts a light on the Taurus man’s sixth house of work and health routines, while the Sun illuminates his twelfth house for the last time this year. This means that the Taurus man will be in the mood for low-key healthy choices, thus opt for something creative, yet “organic” when it comes to your date ideas.

Mercury conjuncts Uranus in his first house, which means that he will experience sudden changes in plans and commute routes. He should stay safe when driving. Venus is having fun in Pisces, getting away from Mars, and this accentuates his eleventh house of gatherings and friends.

This is a fun time to be alive, for sure, and it’s a good moment for spontaneous dates and unplanned gatherings with friends and loved ones. The Taurus man will enjoy the fresh air and the waking up of spring, so follow your intuition if it guides you outside, it will do you (both) good.

It’s a good time to start new, unplanned diet regimes and extracurricular activities (like Tai Chi, Yoga, lifting weights, or jogging), so let your mind and heart wander in that direction when making plans together during this period. Who says you have to be thought-out when you’re striving to start something new? Sometimes you can just go with the flow.

Just Go With The Flow…

On the 30th of April, we have a Black Moon – the second New Moon within a month, and this one accentuates his first house, as it takes place in Taurus. Together with the Moon, there’s also the Sun and Uranus in this conjunction. And not just that, but the North Node drew nearer the Uranus, and they are now conjunct.

This means that the time to switch his life upside down has come. The Taurus man is going to undergo a lot of (powerful) changes that will affect him personally during this time, and once again – this is no time for planning or relying on already constructed plans.

Uranus will make sure to break the illusion and the more you try to resist it, the more violent the change will be. As Venus has joined hands completely and totally with Jupiter in Pisces, this can be a very fertile and productive period for the Taurus man, he just needs to let go of the need to control and feel secure, and just go with the flow.

It’s a good time for unplanned dates and activities, spontaneous PDA and cuddles, fresh conversations, and exploring new horizons and topics. Keep that in mind.

Read next: How To Become A Priority For Your Taurus Man

The Taurus man was not prepared for the month of April – no ma’am! But despite feeling upside down, and being out of the cosmic loop, looking in through the looking glass, he will find his footing… It’s wise for him to not resist the change, but accept what has to happen and go with the flow.

He will be under a lot of stress this month, but there are plenty of chances for romantic outlets and unwinding time with his lover or love interest. So, there’s that. But the North Node has come this time around to teach him a necessary lesson, and there’s no escaping that.

The Taurus man will have to brave his way through this merry month and keep his wits about him as the month ends.

I know that it can feel impersonal just to read my general advice on my horoscopes. If you ever feel this way then take advantage of my VIP Consultations. I created them so that I could get more in touch with my followers, one to one. Move fast to book a spot though!

Wishing you a wonderful April full of love and light. I’m looking forward to seeing you here again next month!