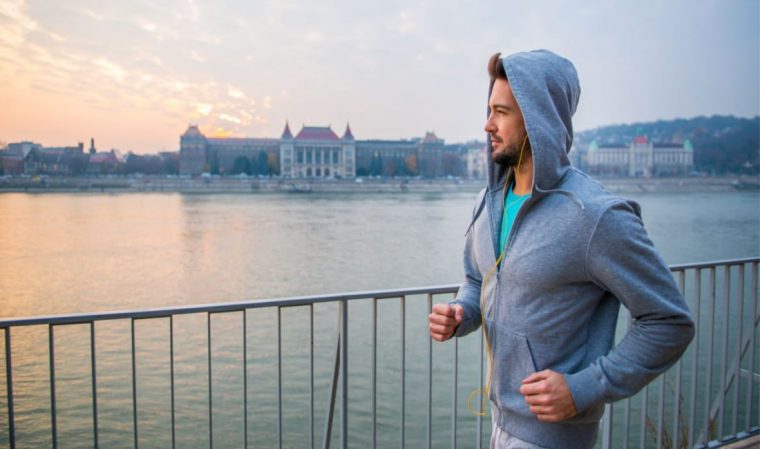 Hello, dear readers! Summer is in full swing and we are onto one scorcher of a month – that goes for temperatures and the heat that Leo season is thrusting upon us! No sign of the Zodiac is safe from this big, fiery Leo vibe… so let’s find out what the Taurus man will do with this bold and bright energy!

The first week of August is quite something on the Taurus man’s shoulders. This is not an easy storm to weather, and he’ll have to keep his cool and his wits about him in order to get through this storm unscathed. It’s a good time for laying all the (emotional) cards on the table and to be honest about one another’s true feelings.

The second week of August brings a challenging Full Moon in Aquarius and activates the Taurus man’s fourth and tenth houses. The Taurus man can try and buy his way back in the good graces with his family, and he can be wise and patient when it comes to his career and public image. This is not a good time to be rash or brazen; this is the time for patience and wisdom that comes from old age.

The third week of the month puts the Taurus man in a slightly better and more light-hearted mood, although he is not done being overly dramatic. That’s not going away any time soon. It’s a perfect time for a stand-up comedy night out, for having a laugh at home with a good comedy, and to exchange memes that can make both of you laugh out loud.

The fourth and final week of August brings forth a sort of release and slowing down for the Taurus man. It’s a perfect transit for all things romantic, especially those witty and caring. It’s a perfect opportunity to show that you care about each other through small acts of service and silent display of emotions through actions that ring louder than words.

When It Rains – It Pours

The first week of August will be quite an intense one for the Taurus man as Uranus, the North Node, and Mars all make mighty conjunction in his first house. On top of all the extreme and sudden changes he’ll be experiencing, he’ll also be quite emotional and talkative when it comes to his feelings.

What’s more, not only will he have earth-shaking changes in his appearance, body, and self-image, but also changes in travel and career are all on the horizon. The Taurus man will be feeling overwhelmed and too slow to keep up with all that is happening (to him) right now.

Understandable, completely – taking into account the current transits and what’s happening in the sky, he’s lucky to be alive and kicking. This is, however, a perfect time for him to open up about his emotions, explore witty conversations, and have a fun time with his love interest or partner, as well as progress the relationship verbally and through mental connection right now.

It’s really a good time for him to (re)evaluate his past relationships, the baggage he’s got lugging around after all those relationships, and to forgive.

The Price Of Happiness

During the second week of August, your Taurus man’s career and public image will be in focus. He will be forced to focus on money and the way he’s earning it. There’s room for expanding and fixing things in a professional and public sense.

If he’s not satisfied and hasn’t been for a long time with where he’s at, then now is the time to accept the brave, new changes and to embrace what’s coming with them.

This week, he’ll feel an especially strong need to rely on his partner’s money or to spend more than he should on his partner. This is the South Node in Scorpio pulling him apart. Now is the time to follow that head of the Dragon – the North Node – that is conjunct Uranus, in his first house, in order to accept and embrace (his) destiny.

The Taurus man’s domestic life will require his attention during this time, and he will be called to “buy” his way in with expensive gifts and materialistic shows of love. It’s a good thing, the Taurus man understands materialistic pleasures and appeal, thus, he’ll have no problem picking and choosing the right gifts for his family and loved ones to get back in their good graces.

This is not something that he should turn into regular practice, but considering how much he’s been through recently, and how much he’s still going through, his family could cut him some slack, and let him have their good graces.

The third week of the month creates an improvement in the form of reducing the tension in his mind and body, as Mars moves from Taurus into Gemini. The Taurus man will continue to be dramatic, of course, seeing how Venus has not finished her walk through Leo yet, but at least his body and muscles will be under less tension and spasm.

Now is the perfect time for witty communication and a dark sense of humor; making the best out of any and every situation Uranus and the North Node had thrown at him. The Taurus man needs a little bit of humor and light-hearted games and fun right now; it will do him good.

His dreams continue to be vivid, and even prophetic during this period. It’s possible for the Taurus man to revisit some old dreams and ideas he had when he was younger, and to actually make a profit out of them.

It’s possible that he will accidentally meet some of his past-life friends and make amends with them. It’s not a good time to get (back) in with the bad crowd, but it is a perfect time to let go and forgive.

The fourth and final week puts the Taurus man in a much better mood than the rest of August. He will be in an extremely romantic and saucy mood, ready for action and for indulging in sensory pleasures, as one should.

Money will come back rushing to his lap, especially if his career has something to do with talking, if he’s a salesman, or holds a lot of training and meetings where he uses his wit and tongue.

He is asked to review and reconfigure his basic settings; this is why it’s a perfect time to just go with the flow – something he can hardly imagine and to let go of any kind of control. Taurus is a Fixed sign, and as such, he likes control and to be in control of most things in his life. Uranus Retrograde is here to teach him otherwise, whether gently or by force – his choice.

On the 27th, there’s a sweet New Moon in Virgo that marks a great opportunity to try something new and fresh in bed, to come up with witty games and dates, and to answer the piles of emails he’s been staring at since the beginning of the month. It’s a pleasant end to an otherwise very tense and crude month.

Read next: How To Have A Healthy Relationship With A Taurus Man

The Taurus man will have a hell of a month, and it’s the hottest time of the year – double trouble for him. The first three weeks are a good interlude into serious and destined life changes he’s about to have.

His mood might be even more phlegmatic and melancholic during the first two weeks of August than you’ve gotten used to, but at least, he’ll be open to talking about his feelings and sharing what’s bothering him.

During the end of the third week and the whole fourth week, there is a blessing in disguise. The Taurus man should follow his guts and he should begin something new, fresh, and witty around the 27th of August when the Moon and Sun join hands in Virgo, his fifth house.

Some of these moods, benefits, and changes are going to feel different for individuals than I have explained here. While generally accurate, these predictions don’t reflect the entire depth of information found within your partner’s Birth Chart and your own.

Wishing you light, love, and all the luck in the Universe on your journey!