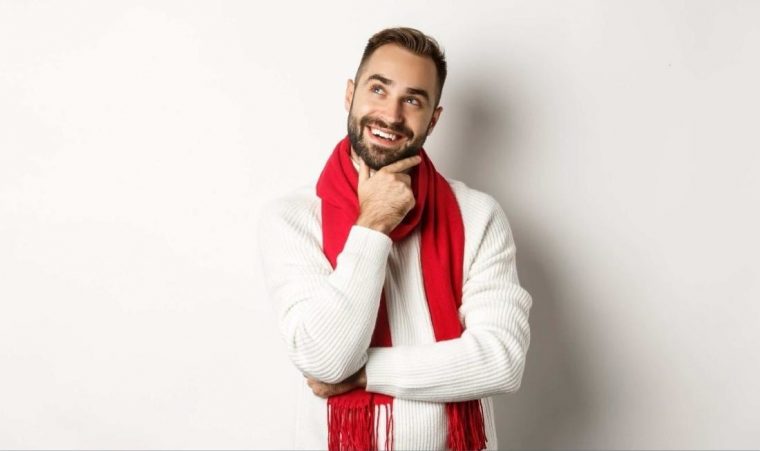 Hello, my darlings, how are you? How was New Year’s? All sparkly and well, I hope. And here we are, new year, new me, new you – are we ready to rumble? I know I am, and you better be, for this January is just a lift-off month, so let’s dive right in!

The beginning of the month is quite prospective for dating and interesting activities that scratch deeper beyond the surface level of relations. The Taurus man needs some brain stimulation right now, and he can benefit from traveling, trying out new foods, hiking, and watching documentaries about various topics.

The first third of the month will force the Taurus man to deal with some karmic questions and topics. Advisable activities include being each other’s support and sharing the family time equally. Or being there for each other virtually…

The Full Moon will force his hand in many things, and some hardcore decisions will be made. He’s not used to the sudden and wild nature of Uranus, but he’s getting the hang of it, and this lunation can bring great, positive changes to his life.

The end of the month puts the Taurus man in the midst of life-changing circumstances, and it might be hectic, but it’s all for his higher good. He’ll be in the situation to “marry” his romance to his love life and make it “official.” There won’t be any grandiose gesture, but he will make this time of change exceptional and as romantic as possible.

1. My Heart Longs For You

At the very beginning of the month, we start off a new year with a bang – the Sun conjunct Moon, Venus Rx conjunct Pluto and Pluto conjunct Mercury on the 0th degree. Fun, fun, fun…

Venus finds herself in Capricorn where she doesn’t like it very much, and she’s retrograding besides conjuncting both Pluto and the Moon. This happens in the Taurus man’s ninth house of philosophy, long-distance travel, foreigners, and new experiences.

Since both rulers of his fifth and seventh houses are in Capricorn, his ninth house, this whole stellium can very well be tied to his romance and love life. Mars in Sagittarius in his eighth house indicates strong libido, positivism, and righteousness.

Good activities for this point in time include explorations of one’s fetishes in a fun, quirky, and relaxed manner. Studying the history of foreign places in order to discover one’s roots and connect the dots of the previous lives.

Visiting museums and trying out new foods. Taking a road trip to a fairytale-like, scenic landscape. Watching Criminal Minds and reading about serial killers together could also be an interesting activity.

The Taurus man will be prone to spending money via the internet and on travel at this point in time, so there’s no point in stressing over savings and overspending. This time is meant for enjoyment and pleasure, especially if the activities include brain power and waking up that gray muscle.

The first third of the month gives the Taurus man sudden income through friends. But also, some “unwanted” advice. The Taurus man is not the one to be moved easily, but we have to take Uranus Rx in his first house of self into account. Thus, this advice might trigger some buried topics and fears that will be forced to the surface of his mind by the transiting Moon in Aries.

It’s possible that some family matters arise during this time, this is why some good ideas for mutual activities could include group activities, visiting each other’s homes, and spending time with each other’s families.

No matter how you look at it, his friends will have a major role to play, especially a friend that is in the sign of Gemini or Aquarius. Some kind of backhanded karma is going to be released and fulfilled in this way, and it really won’t put the Taurus man in a good mood.

There are no possible remedies for this situation and transit; it’d be best for him if he dealt with it quietly, and if he (finally) opened up about the past. Now is a perfect time to cut cords with past lovers and stories. Mars in Sagittarius has a strong righteous streak, so if he needs a gentle push in the right direction – it should be done.

On the 17th, there’s a Full Moon in Cancer, in his third house, opposite the Sun and Pluto. This lunation might raise uncomfortable questions about his higher education, daily commute, and neighbors. He might even lose some sleep over it.

The Taurus man might even be forced to either move or start thinking seriously about moving. This is great news for those of you who’re in long-distance relationships, as this is the moment you’ve been waiting for.

There’s also a possible inheritance coming through for the Taurus man at this point in time, and that means he’ll have the material support he’s been waiting for, to make a serious change in his life and a serious move in his love life.

This lunation might bring him insomnia, true, but it also brings good blessings to his doorstep. Now, he just has to be brave and decisive in order to make the most of these aspects.

It’s not advisable to purchase new technology at this point in time, and that goes for trying to reignite the old love flame via the internet. Now is the time for concrete and safe choices when love life is concerned.

If you’re already in a relationship, it’s possible that you’ll be spending more time together online and virtually than in person, that’s all well and good, as this aspect won’t last long and soon it’ll be over.

The end of the month strongly illuminates his ninth and tenth houses. The rulers of his fifth and seventh houses are in tight embrace – Mercury Rx conjuncts Pluto and there’s Vertex in the mix. This means that whatever happens now in his love life, it was meant to be and it couldn’t have been otherwise.

The topic of moving, relocation, and long-distance travel are very strong right now, and that means that he is most likely to change his address. Especially if we take into account that Uranus has gone direct after many months of going backward.

The Taurus man’s career is not safe from permanent change either. It’s quite possible that he is moving due to the change in his career, and that he’s gotten a much better job based on his academic credentials. His finances are still unstable, but in the long run, this is a very good decision and change he’s undergoing.

He’ll be very amped up and focused on his love life at this point in time, and he’ll want to “marry” his pleasure and love life into one union. It’s a very good moment to spend time together, to be in touch, and to plan for the future if the nature of your relationship allows it.

His gestures might not be very grandiose at the moment, but that’s because he’ll be focused on realistic and long-term results. This is a very good time for his love life and romance. Peak energy for the Taurus man’s heart. Good news coming from afar.

Read next: 8 Reasons Why Women Fall In Love With A Taurus Man

This starting month might’ve been turbulent for the Taurus man, but it’s all for his higher good in the long run.

Some of these transits are going to feel different for individuals than I have explained here. While generally accurate, these predictions don’t reflect the entire depth of information found within your partner or love interest’s birth chart.

If you’d like to get the FULL roadmap to making 2022 an amazing year with your Taurus man, you don’t want to miss this special 2022 program here.

Stay healthy, stay well, and stay sparkling, until next time!