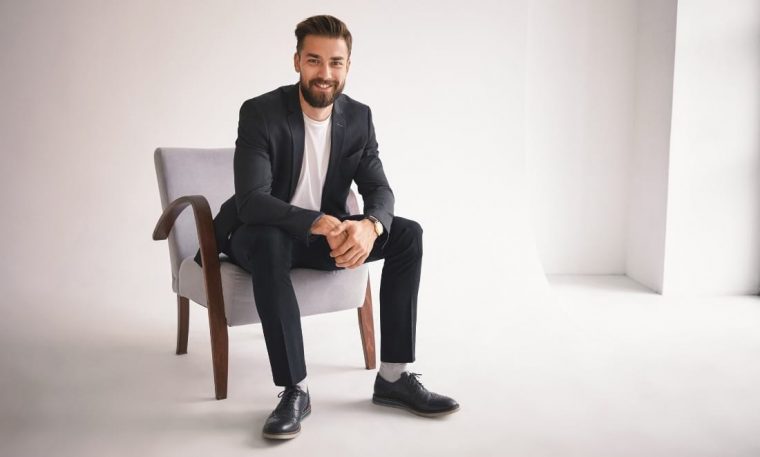 Hello my darlings, how was June? Fair and square I hope, because we’re about to dive into fresh predictions for July for your Taurus man, so strap in, and let’s go!

The Taurus man feels strong and powerful during this first week of July, as Mars moves into his sign and his first house of self. Thanks to the Moon’s transits, it’s also a good time to go shopping and on dates together, but he can get mentally overstimulated, so it’s a good thing to slow your roll when you’re together, and to keep your voice soft and calm as you speak about the things you both love and care for.

The second week of July holds an intense Full Moon in Capricorn, but the Taurus man won’t be strictly affected by this. It’s a good time to resolve any emotional differences you guys had, and it’s a good time to start learning a new language together or going to cooking classes. Be imaginative and creative; it’s good for the soul.

The third week can get especially crazy for The Taurus man as Mars moves closer to Uranus and Uranus closer to the North Node in his first house. All bets are off, and his handle might come flying off at any moment.

It’s best to either observe from afar or to handle him with care right now. Big life changes and movement are taking place, and whether he’s ready or not, he’s forced to move according to the cosmic dance of the planets.

The fourth and final week puts the Taurus man in a slightly better, albeit still hectic, mood. It’s time to have fun with family and his love interest or partner, and to relax. The New Moon in Leo brings good tidings, good vibes, and a fun atmosphere, so make the best out of it.

Pedal To The Metal

During the first week of July, the Taurus man is feeling strong, potent, and active thanks to Mars in his sign. Uranus is getting closer and closer to the North Node, so the Taurus man can really feel that finger of destiny pulling him towards his ultimate goal.

He might be mentally overwhelmed or verbally overstimulated, thanks to Venus in Gemini; and he might be prone to making some questionable purchases during this time, that he might or might not regret later. Either way, it’s a perfect time to go out on dates and have some constructive conversations with his love interest or partner during this time.

The Taurus man’s dreams and goals are getting more vivid and they are crystalizing in the back of his mind, thanks to Jupiter in Aries. His words and emotions can be on display at this time, as his third house of communication is overactive thanks to Mercury and the Sun in Cancer.

Now is the right time to get him to confess his real emotions and feelings, and to flush out any (emotional) disagreements between the two of you. The Taurus man is ready to speak up and to relay his (usually) buried emotions.

Towards the end of the second week, on July 13th there’s a Full Moon in Capricorn that creates an opposition with the Sun and Mercury in Cancer. This activates the Taurus man’s third and ninth houses, which means that he might feel like traveling. So you can expect an invitation to just up and leave, which is unusually spontaneous for the Taurus man.

He’s feeling quite good and strong, and his financial status is going up. This is a good time to travel and spend time together doing things you’ve never done before.

If there were some misunderstandings or emotional disagreements between the two of you, now is a good time to flush them out once and for all and be done with it.

It would be good for the Taurus man and his peace of mind if he started learning a new language during this time, or going to cooking classes and getting introduced to a foreign culture. This is also something the two of you can do together and find new ways to explore each other.

During the third week of July, the Taurus man might feel (and act) a little bit crazy, thanks to Mars conjuncting Uranus, and Uranus conjuncting the North Node in his first house. Venus has also moved, and she is now in Cancer, conjunct Lilith, so excuse your sturdy man if he’s falling apart or wilding out in the Walmart parking lot.

There’s a lot going on for him right now, and he feels as if he’s completely and utterly lost control of everything, most of all himself. It’s not a good time to make sudden moves or crazy changes, as crazy is already taking place all around him.

His fears, doubts, and paranoia will be at an all-time high right now. As well, Mercury in Leo will add to his flair and panache. It’s best to be a soothing and balancing presence in his life right now or to just observe from afar.

It’s a potent time for all kinds of sudden changes, for all types of movement and changes of scenery. The Taurus man should follow his urge during this time, and he shouldn’t overthink things, he should just act and let the chips fall where they may afterward.

The fourth and final week of July holds a strong New Moon in Leo that joins hands with Mercury, so family and home topics will be active for the Taurus man at this time. His mood is still erratic, thanks to the wild bunch in his first house, but he is coming to terms with his inner workings and emotions, so it’s a great time for some peace and quiet and for some fun and games in a family circle.

The Taurus man might feel under the weather or a bit melancholic now, but his family and his love interest or partner can get him out of that rut thanks to the potent energies of the fun Leo Moon.

He will have luck with his finances now, so that might put him in a good mood. It’s also a good moment for him to revisit some old business ideas and models. If he does so, he might have a cause for celebration in the near future.

The Taurus man’s dreams are going to be absolutely wild right now, and he should lead a dream diary in order to gather some useful info and ideas about his future plans and hedonistic ventures. It’s also quite possible that he receives an important message through his dreams during this time, and that message could give him new hope and inspiration for a better tomorrow.

Read next: What Every Taurus Wants From A Relationship

July could be the beginning of culmination for the Taurus man, so this month won’t be easy on him, but at least there are bright and positive points in the midst of the storm.

He will be feeling quite positive and enthusiastic during the first week, and during the third and fourth, he’ll be in a hectic and disarrayed mood. Just trust the process – that’s all part of it, he just needs to go with the flow and find a way to be less stubborn and more fluid during this time.

Your Taurus man’s libido will be at an all-time high, and excising the accumulated energies through sexual activities can be a very good idea for him during these transits. There’s a big potency in his libido during July, and plenty of opportunities to show off his strength and power in that deep, Taurus masculine way.

Some of these transits are going to feel different for individuals than I have explained here. While generally accurate, these predictions don’t reflect the entire depth of information found within your partner or love interest’s Birth Chart.

I noticed this and saw a perfect opportunity to bond more with my readers. >> I created the VIP Consultation service for my readers who desire one on one consultations with me. It’s a way for me to get to know you and for you to gain personalized insight into your relationship.