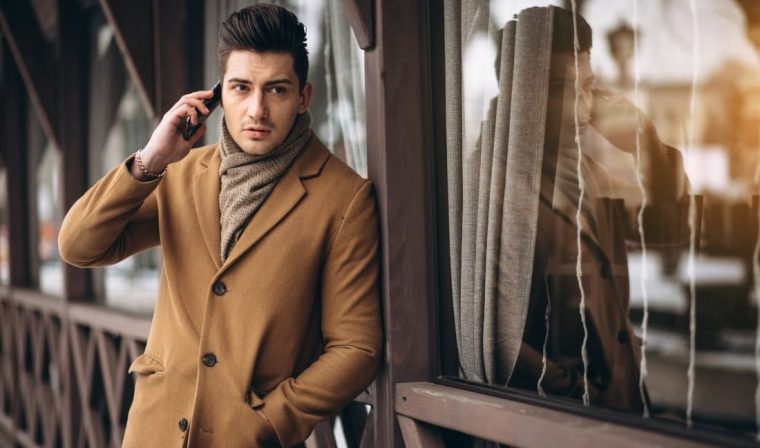 Hello lovely readers, how are you? We’ve entered harvest season, and it’s that time of the year when Taureans are resuming their yearly hibernation. Let’s jump right into the Taurus man’s predictions and see what comes his way during this colorful and cozy month!

The first week of September casts a focus on the Taurus man’s career and public life. There are going to be a lot of past lessons and Karma involved for him. The good news is that Venus and the Sun bring joy to his house of fun, so it’s a good time to partake in all kinds of activities that will be good for the heart in the long run – enjoy yourselves!

The theme of the second week of September is friends and fun. So, use the Full Moon on the 10th in Pisces to organize a barbeque, invite friends over, go out on a double date, and have some serious fun. This is very much needed in order to let off steam and relieve some of the pressure that is caused by Uranus and the North Node in the Taurus man’s first house.

The third week puts a focus on your Taurus guy’s finances and how he takes care of his body. It’s a good time to be disciplined, and cautious, and to take extra care of gut health. Whereas romance is concerned, be honest and direct, be raw with each other, and express your deepest desires.

On the 25th, there’s a strong New Moon in Libra, and for the Taurus man, this New Moon carries the themes of the past. Finding out truths, digging up skeletons from the past, and clearing the air in order to breathe free again are all the major topics of this lunation.

The Trials And Tribulations Are Far From Over…

If the Taurus man has survived the (unholy) union of Mars, Uranus, and the North Node in his first house, then nobody else has any right to complain! But it’s far from over, as Uranus is now Retrograde and moving back to the North Node to wreak some more havoc.

During the first week of September, the Taurus man is focused on his career and making progress there. Or rather ingress, as both Pluto and Saturn are in Retrograde and the Moon is activating them, thus, activating past lessons and trials.

The Taurus man will need extra strength and support in order to carry that career load, and Venus and the Sun are there to jump in for him. His fun and romance are active, so it’s a great time for him to have fun with his lover or partner, and to partake in some aesthetically-pleasing activities.

It’s a good time for a spa day, royal massage, treating yourselves to something lovely and healthy, and enjoying the finer things in life together. It’s also a good time to buy jewelry or to go and buy some comfortable and anatomically-pleasing shoes. Whatever you do, just make sure to enhance the enjoyment and to be healthy about it.

Time For Some Fun

During the second week, the Taurus man’s focus and attention will be on his inner workings. There’s a Full Moon in Pisces taking place on the 10th of September, and it will put the Taurus man in a positive and sociable mood. Now is a perfect time for social activities, hanging out with friends, having barbecues, partaking in festivals, and going to an amusement park.

It’s also a good time to invite friends over and to have a get-together, especially if you haven’t seen them in a long time, or to go out on a double date and have a blast. Since it’s a Full Moon, it’s less likely that anyone will get some good sleep, so why not use that time for good fun instead?

The Taurus man might get hung up on some unbending rules of a game, or something petty and stubborn like that, but in that case, just let him have his way and talk about it later when you’re alone.

When Taurus get hung up on small stuff like that, it’s their way of trying to control things that are out of their control by exerting their will over something insignificant. The Taurus man is under a lot of pressure and violent changes this year and especially during this period, so it’s understandable that he will be more stubborn and pigheaded than usual.

Will These Changes Ever End?

During the third week of September, the Taurus man’s focus will be on himself, the changes that are happening around him (and inside him), and his finances. It’s still a great time to go out on dates and to have (responsible) fun, he just needs more time and patience to gather his wits and decide the best course of action.

There are possible health complications with his gut and digestive tract, so it would be wise to check up on his stomach condition and to stay away from “forbidden” foods. Now is not a time to indulge, but rather to be disciplined and cautious of what he is putting in his body.

It’s a good time to seek help for any troubles he’s unable to solve himself, and if you happen to see him struggle without saying anything, jump in and ask how you can help. Even if it’s “nothing special,” just the knowledge that there’s someone having his back and thinking about his well-being can make a massive change.

It’s a good time to try something new and provocative when it comes to sex and romance. Be bold and brave, and express your inner desires in an intimate way never tried before. But to get there, you need to communicate honestly and openly first. Be raw with each other, and see where it takes you.

The final week of September activates the Taurus man’s love life and it illuminates his health. During this week, it’s very possible for him to find out a secret about his lover or partner, and to get some news about the condition of his digestive tract.

There’s a New Moon taking place in Libra on the 25th, and around that date, it’s highly likely that the Taurus man will undergo some more changes. Now is a perfect moment to start a healthier diet and upgrade his daily routines to the next and more fruitful level.

It is also a perfect time to speak openly and clearly with his lover or partner, as Venus conjuncts Mercury Retrograde, and it’s an amazing chance to come clean about something. Digging up skeletons from the past can prove to be the right move for this transit, which can deepen and elevate your relationship.

It’s important not to panic no matter what happens – stay mindful and remember to breathe. The Taurus man is under a lot of pressure, and although September looks and feels much calmer than August, it’s still filled with opportunities for self-growth and romance.

Read next: How To Tell If A Taurus Man Likes You – 20 Signs Revealing He Is Interested

And there you have it, my lovelies – the Taurus man’s forecast in the palm of your hand. His moods are going to be much calmer and even more than in the previous months, but challenges in the form of sudden changes still lie before him.

The Full Moon will see him in a good mood, whereas the New Moon might bring something very unexpected and hidden to the forefront. The Taurus man should take greater care of his diet and gut health during September.

There are going to be plenty of opportunities for romantic dates and quality time together – just make sure not to indulge him too much because he needs to take good care of his health during this month!

Are you looking to improve the relationship with your Taurus guy but you’re still not sure how to go about it? Then why not take a look at my VIP consultations. Let me help you get the love life you deserve, using my knowledge in Astrology.

Wishing you so much love and happiness!

One thought on “Taurus Man Predictions For September 2022”