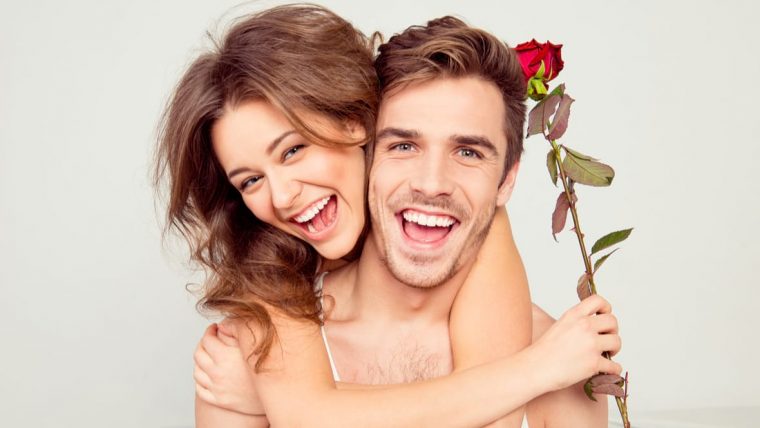 Hey lovelies, welcome to the November forecast for the Taurus man.

November is entirely the season of Scorpio, Taurus’ opposite sign, and thus a whole party is brewing in Taurus man’s seventh house of partnership, long-term love, and romance this month.

The beginning of the month activates his fifth house of sexual pleasures and fun, his seventh house of marriage, and his eighth house of fetishes, taboo, and possessive love. So, you can expect him to be focused on the romantic side of life, with a lot of exciting offers and creative ideas for dates.

The New Moon brings a culmination to raised love questions and (stale) relationships in his life. All things are destined to end sooner or later, but this brings opportunities for new things to sprout and grow from the ashes of the old. The New Moon comes with a decisive blow, but also with a ray of hope.

The middle of the month brings a definite conclusion to all that was previously outdated and doomed to become a part of the past. It’s not an easy transit for the Taurus man, and a lot is going on. But not all is bad; there is a saving grace that lifts up the mood, even just a little bit.

The end of the month brings closure to a very turbulent and transformative time in the Taurus man’s life. This November is not easy on any of the signs, and thus, the Taurus man is not an exception, but his love life was under a microscope during this time, and now it is time for him to recover.

If your interest is piqued and you want to find out more, do keep reading to learn exactly what’s going to happen to the Taurus man this November.

The Dragon’s Fire Burned It All

At the beginning of November, Taurus’ ruler, Venus, is conjunct the fixed star Rastaban from the Draco Constellation, and this supplies the Taurus’ ruler an additional boost of Martian energy combined with the energy of the eighth house.

This means that this transit will be favorable for affairs and deceit, and the Taurus man will be unwilling to see something, as this fixed star influences the sight of the native.

On the superficial side of things, all will seem fantastic, passionate, and thrilling. He’ll want to go on dates and express his affections and sensuality towards his love interest or partner — but, on the deeper side of things, all is not so dandy.

His love interest or partner is prone to cheating on him during this transit, and the discovery of truth can leave everlasting emotional wounds on the Taurus man’s heart. However, there is a silver lining; he might hear the truth from a friendly face and find out that things can turn out for the better in the long run.

It’s definitely a bumpy ride at the beginning of the month for the Taurus man’s heart, but he’ll survive. His field of career and finance is sure to be well aspected, and he’s going to have good communication and cooperation at work. So, at least he’ll have where to turn if some ugly truths rear their head at this time.

The New Moon coming on the 4th of November will see that the Taurus man focuses entirely on his long-term partnerships and marriage. There’s a hefty stellium happening in his seventh house, and it will illuminate all sorts of relationship questions.

If there was a mishap in the love steps at the beginning of the month, the culmination of that situation is nigh. The Taurus man will decide the further fate of his love life, and he’ll do so decisively. This New Moon will either make or break his long-term love interests and relationships.

This New Moon will bring him luck in his love life; the only thing is, it can turn out to be quite a movie moment, with dramatic plot twists and turns of fate. Venus, his ruler, is on the Anaretic degree of Sagittarius, and it conjuncts a very malefic fixed star – Sinistra.

This can bring total break and ruin of a relationship that seemed long-term and stable, but also the beginning of something new and more realistic than before. This happens in his eighth house, and that adds additional spunk of Plutonic energy which will make it easier for the Taurus man if he has to break off a love triangle.

Both the stars and luck are on his side during this transit, and if there’s something new lurking on the horizon, then now is the right time to take it up a notch and evolve things further.

The Time Of Reckoning

The middle of the month doesn’t stop emotionally charged tensions, but instead, it amplifies them, for Venus is now moved to Capricorn, and on a very prominent degree. It conjuncts Facie, a nebula that contains two black holes from the Sagittarius constellation.

This happens in the Taurus man’s ninth house of intuition, pure reason, and discovery. The Sun, Mercury, and Mars are all still lingering in his seventh house, but in Scorpio and Venus, although in Capricorn – an earthly sign that feels good for Taurus – is also on a Scorpio degree plus conjunct Facie.

This transit will cause some deep transformations in the Taurus man’s love life. He’s going to go deeper and discover new layers of himself and his chosen partner. I’d love to say that this is a great time for light-hearted dates and good times, but alas, it is quite the contrary.

Now is the perfect time for serious conversations, committed actions, and giving proof of loyal, eternal love. The Taurus man won’t settle for anything less at this moment. Venus also squares the Moon and Chiron in Aries in his twelfth house.

The time for laying out the cards on the table has come (including aces hidden in his sleeves) and deciding what comes next like mature and responsible adults. The Taurus man will not stand any shady business and love games that the other party might feel drawn to play out during this time.

The Eye Of The Tiger

The Full Moon that falls on the 19th of November finally lifts up the emotional mood for the Taurus man. But only just, for the Full Moon Eclipse happens in his first house of self and his body, as well as conjuncts the most maleficent star in all the heavens – Algol.

This lunation will cause neck problems for the Taurus man, and he’ll experience the aftermath of built-up stress as neck stiffness and sharp pain when moving his head. This might not be enough to put him in a bad mood, as his love life will finally see an abundance of good luck.

I would not suggest excessive physical activity or movement during this transit, but I would suggest a fortress of blankets and coziness at home and do so gladly. It’s an excellent opportunity to spend time in an intimate setting and create a quiet atmosphere that is perfect for sharing confessions and love secrets.

What’s more, the Taurus man’s finances will be in a much better state during this time, so the moment for some trip or getaway planning is ripe, but I repeat: caution with the neck movement and physical activity during this time.

Venus is not just going to bring luck in love for the Taurus man during this Full Moon eclipse, but also luck in earning money and finances. It’s been a tough couple of years for Taurus rising man due to the Uranus stationing in his first house, but this transit will shake things up and change that for the better.

The end of the month ends on a happier note although, we sought the silver lining throughout November for Taurus man, and he finally gets to catch a break as Venus conjuncts the Dheneb fixed star from the Eagle constellation and bring good fortune in both business and love for the Taurus man.

Not only that, but Venus also conjuncts Pluto, and questions about family, home, and long-term living are going to be raised, and most of them will have a satisfying result.

The Taurus man might experience some problems with his left knee, which is why it’s advised to take things slow and be careful with physical activity, especially on romantic retreats and travels.

It’s a great time for all research and travel endeavors for the Taurus man, and luck will have his back if he has set his sights on acquiring a higher position at work or expanding his knowledge and expertise.

He’ll also have support from his friends and coworkers on his quest to expand his knowledge. He will have profound revelations and mind-opening during this period as the stars are preparing him for better things that are yet to come.

Read next: 4 Things That Will Make A Taurus Man Obsessed With You

Was this an exciting read for you as it was for me? Phew – who would’ve thought that so many intense transformations and occurrences are going to be crammed into one month, right? And all of those are connected to the Taurus man’s love life, wow!

If you’re in doubt about your relationship with a Taurus man or are looking for more specific guidance in love, then it’s time to check out my special offer. I’m providing my lovely readers with VIP consultation where I can answer all your personal questions in love and life.

>> Check it out right here.

Be good and stay safe my darlings! Until next time…