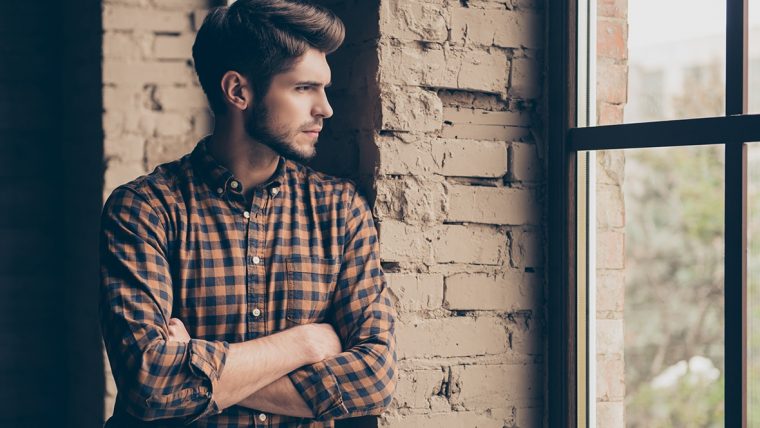 If you’re involved, dating, or are interested in a Taurus man, you may have a hard time being able to read his signals. How do you truly know if he misses you and if he does, how can you tell?

What if he seems cold and distant at times and you don’t even know if he really cares? If he MISSES you, it doesn’t just mean he cares, but that he may actually be IN LOVE with you. That’s a great sign. But what if he doesn’t miss you??

Who Am I And Why Listen To What I Have to Say?

I’m Anna Kovach, a professional Relationship Astrologer. My program, Taurus Man Secrets, has already helped thousands of women attract and keep a Taurus man in their life — and I know it can do the same for you. To start: grab your FREE copy of my 30 Dirty Little Secrets About Your Taurus Man here to finally “get” what he secretly wants, but doesn’t tell you. Go do it now and come back to continue reading this article.

Now, back to making him MISS you!

Now, we’ve got two situations here…first, does he ACTUALLY miss you, or he only says so? And, if he doesn’t even say (or feel) this…then how can you make him miss you and think of YOU (instead of being out there chasing other women)? This is especially important if you’re in a long-distance relationship with a Taurus man!

Here’s what you need to know and what you can do.

1. What does it actually mean when he texts “I miss you”

If you‘re already involved with a Taurus man; you may notice that he likes to keep communication open and flowing. When he misses you; he’ll reach out that much more and will be eager to hear from you.

He may send you texts throughout the day and may actually tell you “I miss you”. He’s pretty clear in what he says and follows through on it as well. He isn’t one to play games typically.

The thing about Taurus is; they really don’t miss most people. It’s not because you aren’t important; it’s just that they are normally very busy. If he trusts you, he has no reason to believe you won’t be there when he has time.

He is a very focused man and it takes a lot for him to grab his phone and text you he misses you when it’s likely that he spent so much time with you lately that he doesn’t actually miss you as much as he lets on.

The truth is, though it’s not a lie; he will say he misses you just to make you feel good and secure with his intentions with you. So if you do get a text that lets on that he misses you; appreciate it! And if you don’t, it’s probably not such a big deal either.

2. Playing on his Security Issues 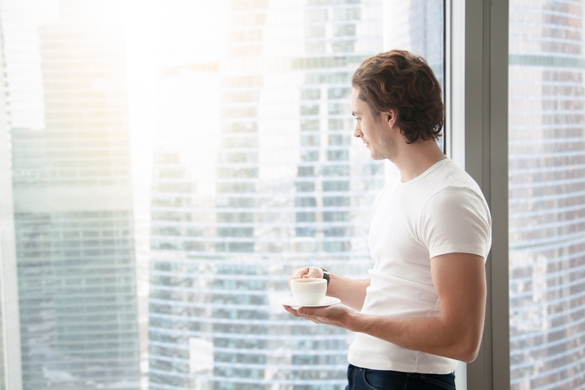 Until a Taurus man fully commits to you, he’s still in pursuit mode which means he’ll be the one constantly doing what it takes to get you. This also means there is no time to miss you if he’s always there.

When he finally does get you and secure you in a commitment; he will then feel comfortable enough that you’re not going anywhere thus doesn’t feel the need to miss you.

This is where the Taurus man can be a bit stubborn and difficult. In his eyes “absence only makes the heart grow fonder” if he’s actually absent. If you’re in a full relationship with him, he will make sure there aren’t many opportunities for this.

Its age old, once he gets what he wants after chasing you; he’ll calm down and become very cozy in your new life together. The only way you can make him miss you is by finding ways to be absent.

While it may play with his ideal security; you may try finding ways where you can be apart from him for awhile. Go visit family or a friend who lives out of state for a few days.

Perhaps if you stayed somewhere else for a week, he may start to question himself and this will in effect force him to miss you. Just be careful not to do this too often as he’ll then see it’s you pulling away and he’ll end things.

3. Be less available to make him miss you and think about you

Taurus men like to be the one who does most of the pursuing. That also means that if you’re available to him at all times, this could become boring and of course; no reason to miss you.

Make sure that you have your own life, your own friends, and your own desires in life that don’t necessarily include him. That doesn’t mean ice him out. There is a huge difference between the two.

It means that if you are less available to his whims or desires, he will want you more. He will also find himself missing you in between the time he saw you last and when he gets to see you again.

He will find something to look forward to if you aren’t around all the time. Otherwise, if he obtains you and has all your time; at some point he’ll get stuck in a habit and then decide it’s not a challenge anymore.

Once it’s not a challenge anymore, he may get bored or he may feel as though he has nothing to worry about. This means when he goes out of town or has extra work to do, he will not miss you much because he knows you’ll be there.

And that’s the THRILL of the Hunt for a Taurus…it’s something I talk about in my Taurus Man Secrets program to help you attract him. Generally, a Taurus won’t miss you if he doesn’t feel that he WANTS to HAVE you, in that ownership sense. So, first and foremost, he has to like you and see you as “relationship material.”

4. Do not play games… it’ll just backfire with a Taurus! 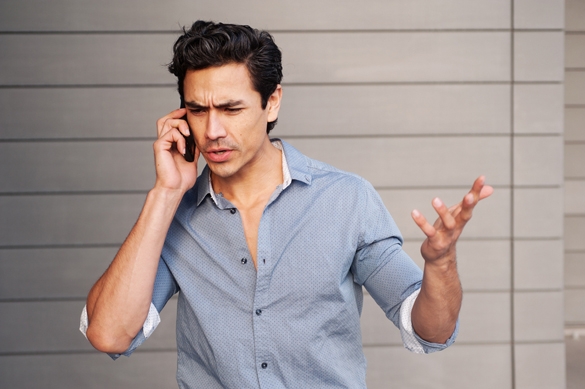 While I suggest to you to not be as available, I’m saying it for your own good so that you can build a very healthy connection with the Taurus man.

If you play head games with him and not tell him what you’re doing or where you are going, you are playing with fire. He wants honesty and that’s what you should give him.

I’m simply saying that you should have a life of your own outside of him. He will appreciate this and learn to really understand it. Never lie to him and tell him you are going one place and then going somewhere else. If he finds out, he will end it with you. And it’s not that easy to win his love back if you lose it.

So while you should be healthy in doing your own things; he will miss you and will continue to pursue you even after you’ve landed him. Just keep in mind; the more time you spend together, the less he will miss you.

It’s a fine line but if you can keep things as balanced as possible, you will achieve success and make it so that you’re feeling appreciated and missed while he’s feeling secure and hopeful.

These men are typically very easy going and the more you let them in on what your plans are even if they aren’t attending; they will appreciate you more. The better the communication between you two, the better and more successful you two will be. One of the cornerstones of success when it comes to dating a Taurus man is to learn speaking his language and communicating on the same level. It’s probably the main problem I see with my clients and what I teach you within Taurus Man Secrets.

5. Patience is a Virtue

Having the patience it requires to maintain a connection with a Taurus until he fully commits isn’t the easiest thing in the world. However; if you can do this, you may find a better success rate.

Try not to be involved in every single thing that he does. Allow him to have his own friends and own interests that do not include you. It will make him feel more secure and thus allowing you both to trust each other.

Trust is the core of what Taurus believes in. Whatever you do, always be honest about it. He will understand as long as you tell him the truth. Click here if you would like to learn all that you can about this wild Taurus guy.

Ask questions in the comments section below!

6 Secrets To A Happy Marriage With A Taurus Man