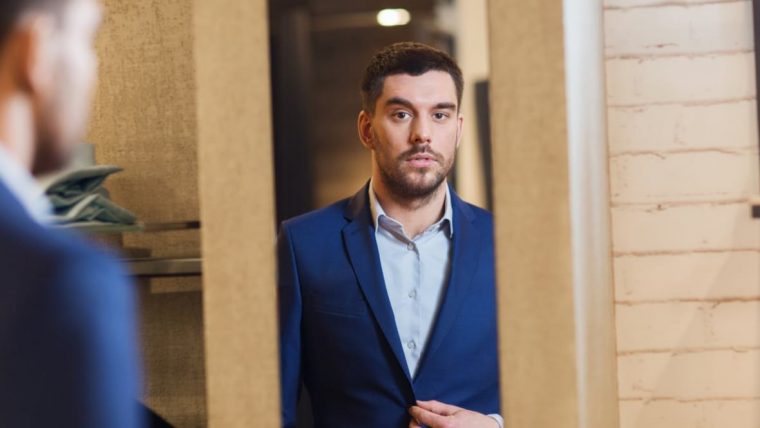 The beginning of the month finds the Taurus man in opposition with his heart. His seventh, eighth, and ninth houses are heavily affected, which raises many emotional questions that he’d rather bury deep and let lie. But he’ll rise to the occasion, and he’ll muster up the courage to be open and honest.

The middle of the month will see him be more open and brave than he is usually. This is a good thing. He will be open and honest, as well as a bit on the eccentric side, for now. Just go with the flow and let him be direct – it can turn out great.

The Full Moon in Gemini will catch him in an experimental and brave mood. The Taurus man is feeling the pressure of the Capricorn Venus, and he wants to confirm or deny the hypothetical claims his mind has concerning his love life. Let him be open and direct, and let him play out his ideas and plans – it might turn out excellent for the both of you!

The end of the year puts the Taurus man in a charitable mood. He’ll feel the need to give back to his community, and all activities will feel like group activities with him. But be fooled not! His eighth house is very active, and he’ll find a way to create an intimate atmosphere for his chosen one and for him to spend some time alone.

Compared to how other months went, December is a treat for Taurus man. There will be plenty of opportunities for open and direct communication and dating. But he will seek to secure his romantic position in his love interest’s life, and he won’t be so subtle about it.

At the beginning of the month, the Taurus man’s seventh house (his partner) will force him to open up and talk about his emotions. What’s more, the Super New Moon Eclipse in Sagittarius that happens on the 4th will illuminate his entire eighth house.

This will raise deep emotional and sexual questions, as well as his inner tensions. He’ll feel the urge to share his inner musings and to elaborate on why he feels strong attractions in the ways he feels them.

The beginning of the month is a prime time to go on dates. But the atmosphere should be more intimate and cozy. It should allow for personal things to happen, as both sex and tears are not excluded.

His emotions will cut (him) deeply at this time, as his planetary ruler Venus is tied closely to Pluto in Capricorn. This means that he will push for a more serious and stable response. He’ll want to make things “official,” and he might even rush things along as he won’t see the point in prolonging the inevitable.

If he has a crush on you, now is the time when he’ll make his move and ask you out on a date. Don’t be surprised if he takes you to a very cozy restaurant, and if he dresses to impress (you), this transit is very important to him, and he wants to make sure his heart won’t be broken in the future.

During the middle of the month, the Taurus man will be exploding with sexual energy and libido, as his eighth house is heavily illuminated. And this is a great time to enjoy fun dates together.

His ruler Venus is conjuncting Pluto exactly in his ninth house, so he will tend to get a bit philosophical and deep in his conversation during this transit. He will probe his partner or love interest’s psyche with deep and intrusive questions.

He will want to know exactly how you feel and why – aka are your intentions deep and set in the long run visions for your relationship. As Mercury is on the last degrees of blunt Sagittarius, he might not even go tactfully about it.

You can expect sudden changes of plans and outbursts of honesty from Taurus man during this period. He’s feeling brave and inspired. He might also want to take you out on some eccentric dates.

He feels like trying out new things during this time, and you should just go along with it. Especially if it’s a bit adrenaline-raising. It’s good for him to be out and about during this time as his inner emotions are in turmoil.

On the 19th, there’s a powerful Full Moon in Gemini in his second house. At the same time, the Sun and Mars are occupying his eighth house, so he will surely be in a pleasurable mood. He will want to give pleasure and to receive gratification for it.

The Venus-Pluto conjunction in his ninth house is still going strong, but his tenth house is illuminated as well. This means that his mind will wander to hypothetical scenarios that take place in foreign places.

The Taurus man’s emotions will be very down-to-earth during this time although his libido and impulses will be strong, he’s not likely to take romantic things lightly. If you receive a call from him now, know that it’s a thought-out move, and he has invested a lot of mental time into it.

Since a good amount of money will be coming his way during this transit, don’t get surprised if he comes up with a plan to go abroad. He has a desire to act out on his hypothetical fantasies and check if they feel as good as in his head.

I told you he’s going to be bolder and more open during this month. Almost as if he’s not himself. But that’s just because he’s really feeling this Capricorn Venus transit, and it’s making him reevaluate his own romantic life and relationships.

4. ‘Tis The Season For Giving

The end of the month puts the Taurus man in a generous mood. He’ll focus on his friends, colleagues, and charity. His eighth house remains active, that’s true, but in a collective way.

He’ll feel the need to be very giving and generous during this period. This is why he’ll want to start any date by giving back to the community through spending time with people (and animals) who need help and warmth.

This is actually a time when he might adopt a dog or give a large portion of his bonus to a charity or people in need. Which is wonderful and very kind, and this might be the chance when you get to see his gentle and caring side.

Although he might want to start the date surrounded by a group of people, in a crowd, and with a festive spirit, he will definitely want to end it in a more intimate and cozy setting.

So, his plans for New Year’s Eve and the following day(s) might be very meticulously planned out. Don’t be surprised, because I told you so in time!

His emotions are really going to be checked and reevaluated at this time. And good times for his friendships and charity are coming with the New Year. He’ll be rewarded with more friends and meaningful connections in the upcoming year.

And he’ll feel compelled to give back to his community and to share his blessings with others. It’s better to be okay with this and appreciative of this side of him or end things before they start to become more serious (if you’re not the type to volunteer and give to charity). I’m just saying, to give you ladies a proper heads-up.

Read next: 7 Ways To Blossom A Relationship With A Taurus Man

There you have it, lovelies! I hope this December forecast has put you in a festive mood, and it will remain as such.

Some of these transits are going to feel different for individuals than I have explained here. While generally accurate, these predictions don’t reflect the entire depth of information found within your partner or love interest’s birth chart.