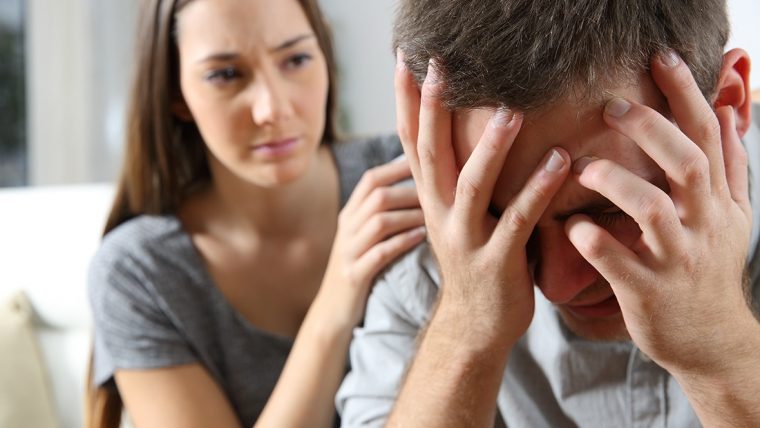 6 Ways To Help A Taurus Man When Depressed

Is your Taurus man feeling a bit down and out on his luck? Here are some methods you can use to help bring your depressed Taurus back up to his normal self again. It may not be easy but if you can do it; he’ll really appreciate you.

6 Ways To Help A Taurus Man When Depressed

Remember all the reasons you fell for your Taurus man? It’s time to bring that list out and remind him what you mean to him. Remind him of his talents and gifts that he brings to life.

Remind him that just because others are doing better than he is; doesn’t mean that he cannot still succeed. He needs to remember that what he does shouldn’t be compared with any other people in his field.

Talk to him about things he really enjoys talking about typically. Find his passion and drag that out. I don’t mean sex although; that may be handy. Whatever it is he’s truly into in his life; show him that he needs to keep working toward it.

If it’s his passion he feels he’s lacking then perhaps you can show him what an amazing job he’s done so far and how much more he can do. It’s possible that he’s feeling like he failed because he didn’t do it the way he wanted.

It’s also possible that he didn’t get whatever he wanted to be done in the time frame he wanted it. Well, he has unrealistic expectations of himself. 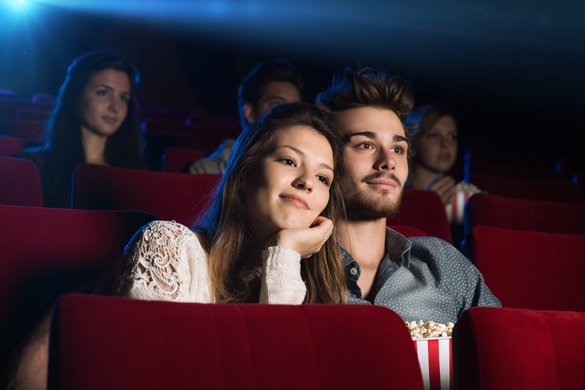 I know it sounds weird but Taurus men don’t spend a whole lot of time watching movies or television because it takes away from the time they can use to research or work.

However; in this case, it could be a really helpful tool in taking him away from his thoughts for a while. A comedy would be really great. Laughter is always an amazing medicine for anyone.

Giving him something to feel cheerful and happy about will help him to remember the important things about himself which thus help him drop the negative feelings he may have been feeling.

3. Take him out in nature

Taurus men love nature and so if you find that your bull is dragging his head; you can take him to a wonderful new park you’ve been checking out. He may be a bit reluctant but if you can get him to go; it will help.

As soon as he gets outdoors and starts to walk, hike, or bike; he’ll soon forget the negative feelings he had. He will take in the fresh air; look at the trees and critters out there which should instantly uplift him.

He may not be the most spiritual person but he is definitely responsive to Mother Nature. So taking him out in his element will help him to get perspective back and will be a form of meditation for him.

4. Remind him of his worth

If you can help him to remember the fact that he is really good at what he does; he can start to work out that whatever it was that failed; can be fixed or improved on.

Tell him he can do better and will do better. If he doesn’t want to listen to your advice then sit down, look him in the eye and tell him it’s ok for him to vent to you what is on his mind.

If he feels safe enough with you; he may very well open up the floodgate of emotion. Let him do it without interrupting. He will see this as something he can rely on you with for the future.

For all the things he thinks he does wrong, you can then counter with something he does right. The more things you can list off that he does right, he’ll start to feel better about himself.

At some point, he should sit up and say “you’re right! I’ve got this”. This bull just needs to hear how worthy he is and what he’s capable of. When he feels and knows this; he’ll feel more secure thus in a better mood.

5. Cook him his favorite meal 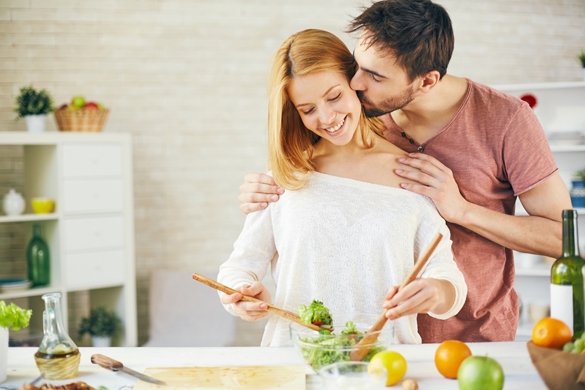 If you already know what his favorite meal is; make it for him from scratch. This should at least put a little bit of a grin on his face. It’s also an excellent icebreaker for getting him to talk.

When he asks you why you decided to make his favorite meal; you can tell him that you thought he could use a bit of something special since he IS special. This will tug at his heartstrings and uplift him.

By the end of the meal, you may have gotten him to actually talk to you about what is going on with him. If not, then you can gently try to coax him after dinner with some very delicate hugging and touching.

When you talk to him, remind him that everyone is fallible and he is no different. Gently tell him he’s still an amazing person and he needs to stop being so hard on himself. Remind him that you aren’t as critical of him as he is.

Tell him it’s all about balance and making sure you have all areas of your life in check. Then hand him some dessert to gnaw on while he considers all you’ve said.

6. Be his safety net

As I’ve mentioned in other articles; the Taurus man requires stability and safety. When he becomes distraught or depressed, he needs to know that you’ve got his back and will help him through a hard time.

Sometimes being there for him can mean just sitting there with him and not saying a word. There are times where he wants to mull things over alone or will just want to sit next to you while he tries to make sense of his thoughts.

Give him lots of affection and appreciation. By giving him this winning combination, he will be grateful and more likely to see you as his safe place to be when he feels down.

Your Taurus man has really simple needs. Make him feel loved by feeding him and by giving him enough affection and he’ll be as happy as happy can be. He really doesn’t need much, but you need to remember he isn’t an overly emotional guy.

He isn’t going to express his feelings to you every chance he gets, but he will help you out whenever you need. This is a guy with practical sensibilities. He shows his love through acts of service, but you’re unlikely to get a poem out of him anytime soon.

When a Taurus man sticks around, well then, you’re already closer to him than most.

Are you dating a Taurus man? What are some of the tricks you used to grow closer to him? Please let me know in the comment section below. I am so curious to hear your stories!

Are you looking for more secrets on how to get yourself a Taurus man? Take a look at my link and how you can turn your affair into a forever love with your Taurus man.

>> Forever Love With A Taurus Man

Wishing you love and happiness.