Is A Taurus Guy Interested Or Just Friendly: 6 Telltale Signs To Look At

If you are trying to figure out if the Taurus you are interested in likes you or if he’s just being nice; this article may help you to see what the truth may be. Though Taurus men are typically forthright in what they want.

A Taurus man that is interested in you; he will talk to you more than most other people. He will find excuses to be near you. He will also try to figure out where you’ll be so that he can show up there.

You’ll notice him coming around you and trying to hit you up with conversation. If he works with you, he may come by your desk or find reasons to walk by where you are as often as he can.

Basically this is their way of trying to get your attention without actually telling you exactly what it is they want.

If you find he’s doing this, it’s most likely that he actually likes you and would perhaps like to be more than just friends.

On the other end, if he’s just nice to you when you see him, it may just be friendship or courtesy that he’s after. You should be able to tell the difference. 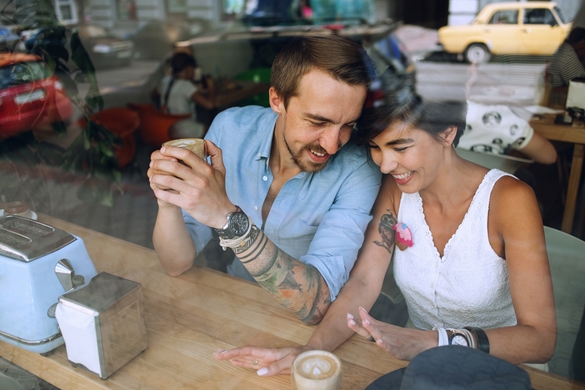 When the Taurus man is interested in someone, he will go out of his way to make sure she gets lots of attention. The intensity that comes from him will be different.

If he likes you for more than a friend, you’ll feel the intensity that radiates from him to you. If he wants to keep things low key and be friends, he won’t feel quite as wired up.

Watch him and see which level of energy he presents to you when he’s around you. It should be fairly noticeable which one he is and by that alone, you will know whether or not he’s interested in more than plutonic conversation.

When a Taurus man is interested, he will definitely flirt with you. He will do this quite often actually. If he isn’t doing this with you then he may just want to be friends.

Taurus men will not likely ask for your number either if they aren’t interested in you for more than friendship. The caveat to that is if you are co-workers and possibly meet up for lunch occasionally.

Taurus men lay it on when they want someone. They look into your eyes when they talk and make you feel like you’re the only person in the room. If he isn’t doing something like this then it may just be friendship.

By truly paying attention to how he acts around you, you should notice if he’s flirting or not. He certainly likes to let a woman know when she’s wanted.

Taurus men are very physical and if they are into someone, they will find ways to touch them whether it’s brushing their hand across yours or putting their hand on your shoulder; they let you know.

Being physical is one of the ways they show affection. While they may still touch you like this as a friend, you’ll notice that they tend to linger a bit longer if they are interested in you.

There is also a difference in their energy when they touch you that will let you know if it’s friendship or if it’s romantic. It’s a palpable difference that you’ll feel from him. 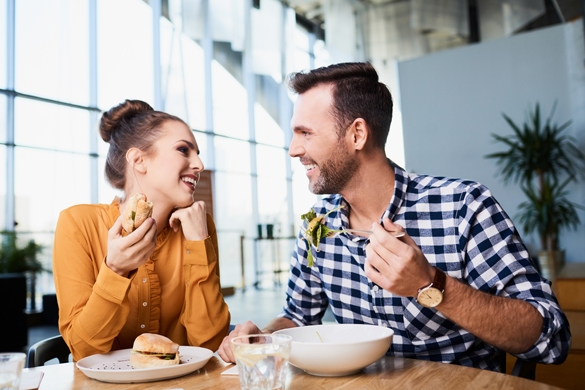 Here is where it could get a little tricky but still; he’s normally fairly transparent when it comes to him liking someone. If he asks you out for dinner rather than lunch, he may be interested.

If he invites you to lunch, this could be construed as a friendly gesture. However; if he looks at you a tad bit too long or wants to find a way to touch you then it could be more.

Pay attention to his body language when he asks you out to eat. Does he seem nervous and a bit shy like a little boy? Is he blushing? If so then it’s a sign that he’s asking because he is into you.

If he seems very calm and solid about asking you to go eat lunch, this could be a friendship scenario where he isn’t thinking anything other than getting lunch.

This man is typically laid back and easy to get along with. This is the reason he probably has many friends or co-workers that think he’s really fun. He may also have female friends.

Keep it simple with him though. Even if he wants to be friends right now; he may want something more later on. Taurus men move a bit slow because they want to be cautious.

If you still aren’t sure about the boundaries, give him some time and see how he responds. He will let you know one way or the other if he wants to explore more with you or if he doesn’t.

Taurus men are to the point and easy to see right through. Their behavior is the tell tale sign of how they feel as well as what they want.

Going for a Taurus man can seem like a hard maneuver but really if you give him time and patience, you could develop something worth keeping in the long run. Even if you are friends, wait and see.

Something much much more could develop out of the friendship if given time. After he gets to know you more, he could decide that you are someone he wants to have in his life far more than friendship.

Ultimately the Taurus man will likely make his feelings fairly clear for you if he wants to date you or not.

There is always so much to learn about every sign. The Taurus man can at times feel a bit confusing but I can help you find out more with my step-by-step guide here. Within Taurus Man Secrets I reveal EVERYTHING (and more) about truly understanding and seducing the Taurus man you like. You can dive into what he’s about, what he wants, and what you can do to make him crave you.

13 thoughts on “Is A Taurus Guy Interested Or Just Friendly: 6 Telltale Signs To Look At”

How To Show A Taurus Man You Really Love Him

How to Attract a Taurus Man in August 2020

Don’t Make These 3 Mistakes When Texting a Taurus Man!

Taurus Man and Cancer Woman Argument: What to Do After?

How to Attract a Taurus Man in July 2020

Taurus Man Dating Style Can Be Strange – Be Ready for This

Taurus Man Likes and Dislikes When It Comes to Women

Taurus Man Flirting Style Can Be Confusing – How to Understand It