Dating a Taurus man is exhilarating. These men are kind and really reliable, but sometimes his communication style just down right sucks. You might get a text from him and say to yourself: “what on earth is this man thinking?” and other times you simply just don’t hear from him for a few days.

This can get really confusing, especially when you’re trying to get to know him and build a strong and stable relationship with him. This is why I have made a list on how to decode a Taurus Man’s text messages. Continue reading to find out five ways to understand what he is trying to say.

A Taurus guy is incredibly simple and easy to please, actually. This guy doesn’t need any crazy gestures or drama to keep him interested, in fact those behaviors tend to drive him away from a woman.

This is why when you receive a text from a Taurus man asking you how your day is going, you can be certain that this guy has the hots for you. When he’s genuinely interested in how you are and what you’re getting up to, you can know for sure you have made it into his circle of trust.

Which, by the way, isn’t a very easy circle to first get into. A Taurus man is extremely protective over his emotions, he doesn’t just let anyone in. This guy is way more sensitive and vulnerable than you may first expect, and this is exactly why he keeps people at an arm’s length.

This is surprising, because he’s so friendly and welcoming to everyone he meets. But this all just surface level stuff, to really get to know a Taurus man takes a lot of hard work and patience. So, when you get this kind of text you can breathe a breath of relief, because you’ve made it to the next level!

2. What Do You Think About This? 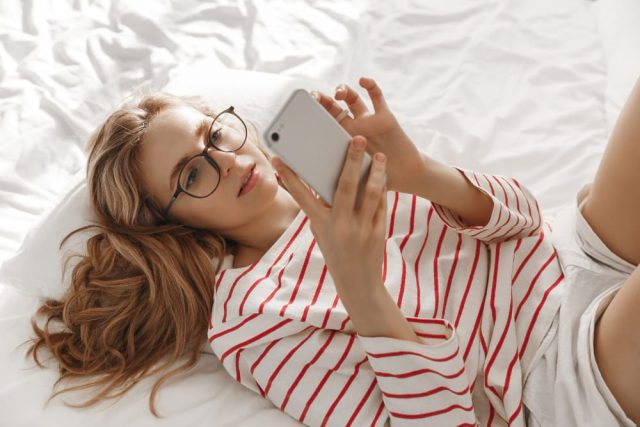 Taurus men are synonymous with stubbornness and they are extremely willful. Once they have made up their mind about something, it is going to take a lot to change his opinion. Actually, it is pretty near impossible to get him to bend!

This is why it is a massive deal when a Taurus man texts you to ask you your opinion or advice about something. It means he really values what you have to say and takes your point of view into consideration when making up his mind about something.

It can be as simple as asking your advice on what color shirt to wear, but this is to him a big deal. He really counts on no one but himself, so when he cares about whether you think red or blue looks better on him, then you can know for a face that he cares about you.

I would say to take this level of trust he has instilled in you really seriously and take the time to give him a well thought out response. You don’t want to dismiss his need for your advice, because in actual fact he’s really looking for your approval.

He wants to know that the decisions he makes are okay by you. It is his way of showing you that he is serious about you in his life. You really got the golden ticket when a Taurus man asks you what you think about something.

3. He Ends All His Texts With An X

If you think all those x’s are a mistake, think again! Taurus men are extremely intentional people, they know exactly what they are doing because they’ve put so much thought into all their decisions.

When a Taurus guy sends you an x or two, he really means it! He’s flirting with you, ever so subtly, but trust me, he is. These guys aren’t overly forward, they take a much more laid-back approach of trying to win a woman over.

That being said, he’s still incredibly sensual and wants you to know that he is interested in you, but without being too full on and forward about it. Because at least if you don’t reciprocate his feelings, he can play it off and say something like “I send x’s to everyone.”

He’s worried about putting too much of his heart on the line, so he’s waiting to see how you respond in order to know where he stands with you. Your best approach is to flirt back, but do so in a subtle way (not too obvious!).

A Taurus man can get scared off if a woman comes across too aggressively. He will question your intentions if you’re too full on and direct, because a Taurus guy is still a traditionalist at heart.

He wants to make all the big moves, but only if he can guarantee that you are interested in him as well. A Taurus man never wants to make a bad investment, especially when he has his heart on the line.

4. He Asks You What Your Plans Are For The Weekend 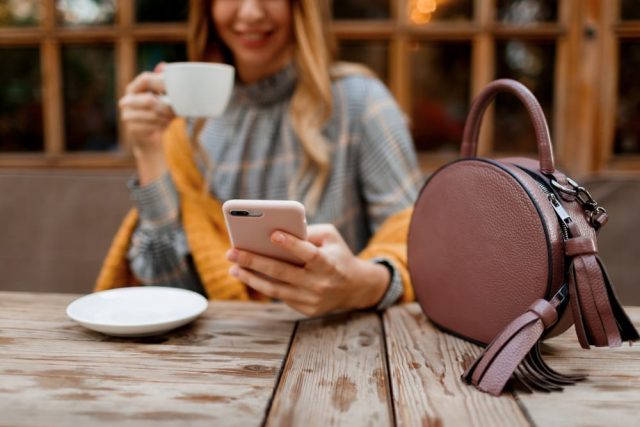 A Taurus guy is incredibly considered and thoughtful. He’s not the type of guy to make plans in the spur of a moment. He likes everything to be planned out nicely, so that he knows what is happening in his life and what he can control.

When a Taurus man asks you what you’re doing this weekend, he’s more than likely trying to gauge whether you’re busy or available to go on a date. He’s very old fashioned and likes to do this in the traditional way.

And that means a proper courtship with definitive plans to see each other. This means he’s thinking of you in the future and wants to make sure that he can see you. He’s trying to be respectful and considerate of your routine.

Jump for joy when you receive this kind of text from a Taurus man. It means he likes you and wants to spend time with you. He’s not treating you like you’re an afterthought, and wants you to know how important you are to him.

One thing you can really rely on with a Taurus man is, well, his reliability. He’s the type of guy to have a set routine and often does the same thing day in and day out. He’s likely to get in the habit of either sending good morning or good evening texts.

But what does it mean when he goes radio silent? And should you be worried? Well, kind of, yes. A Taurus man doesn’t waste his time on uncertainty. If he feels like things aren’t going anywhere with you, he’s likely to stop investing too much energy on you.

You may hear from him now and again, but I wouldn’t get my hopes up. When a Taurus guy makes up his mind that something or someone isn’t for him, he’s quite unlikely to change it anytime soon.

But there is a little glimmer of hope. On rare occasions, a Taurus guy might stop texting you because he has become too overwhelmed with work and has a lot less time to be on his phone. Just give him some space to do what he needs to do and focus on his work.

Your patience will be louder than words. If you can manage not to get too dramatic and needy when he goes quiet, he will surely make note of it, and realize that you’re definitely a keeper.  And sometimes a Taurus guy is just plain lazy and can’t be bothered to look at his phone.

The truth is, your Taurus guy is a bit of an introvert and often needs time out to relax and get back to himself again. Just give him some much-needed space. But don’t let him get away with it for too long. You still deserve someone who showers you with love and affection.

Read next: 7 Things You Should NEVER Say To A Taurus Man

Taurus men are very simple beings. They like things a certain way, but they can be very subtle about it. He’s very much old-fashioned when it comes to dating, and this comes through with his texts.

He will always remain super respectful and aware of your boundaries. The nice thing about being involved with him is that he’s very happy to take things slow and steady. There is no rushing this guy.

For him, simplicity is king, and he will show you his admiration and affection very practically. Don’t overthink what he has to say, because he means what he says, and says what he means. Really no interpretation is necessary with a Taurus guy.

Have you ever dated a Taurus man? What was his texting style like, and how often did you communicate? I’m excited to hear what you have to say so please leave a comment in the section below.

And if you want to learn what are the perfect things to say or the biggest things to avoid, here is my guide Taurus Text Magic that covers all this ground and more. Click here and learn how to command his attention in subtle and effective ways.

Wishing you all the luck in the world.

8 thoughts on “How To ‘Read’ A Taurus Man’s Text Messages: 5 Examples Decoded”