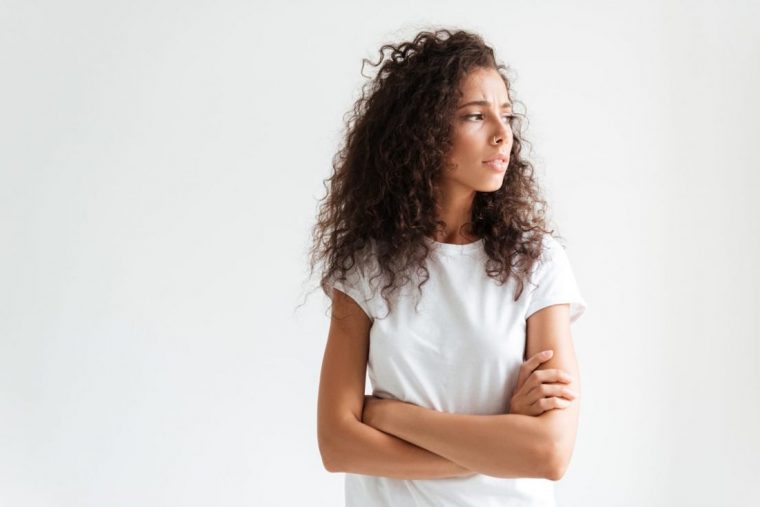 You and your Taurus man were once flying high, but then the flames died down and it had to come to an end. You’re heartbroken, but you’re moving on – or maybe you’re looking back to try to pick up the pieces.

As a Relationship Astrologer, I have witnessed the breakdown of relationships for all signs, and I have noticed distinct patterns. The Taurus man is no different.

If you’re looking for a way to repair a relationship with a Taurus, I want to help you realize the signs that he has no interest in working with you on that. I know your time is valuable, so I’d hate to see you trying to bring a long dead relationship back from the grave. You deserve to move on with your life, whether that means a second chance, or walking away…

I know the Taurus man can sometimes be hard to read, so let me assist in pointing you in the right direction when it comes to knowing if he doesn’t want you back. 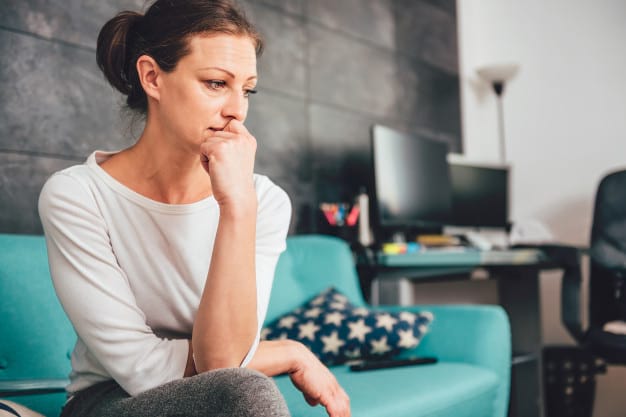 Taurus is a fixed Earth sign, so he is beyond stubborn. This means that he is not likely to change anything in his life unless he absolutely knows that it isn’t working.

As a result, it’s typical of a Taurus to stay in relationships until the bitter end. If he’s comfortable in a relationship, then he has no reason to change anything, – and so he won’t.

If a Taurus man was the one to break up with you, I’m afraid that this wasn’t an empty gesture or just to prove a point… he really doesn’t want to get back with you.

This is tough stuff to hear, I know. Just remember that if both of you weren’t in it with your hearts and souls, then it was never going to work out anyways.

Take a deep breath and do some self-healing in this case, my dear, because life is brighter on the other side of this!

2. He Hasn’t Tried To Hook Up Again 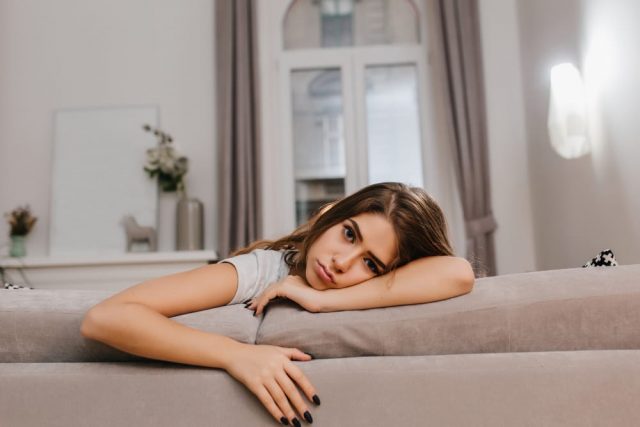 Taurus is nothing if not a physical sign. He’s ruled by Venus and Venus can be sensual, physical, and pleasure seeking. Does it surprise you that they’re a highly sexual sign? Yeah, me neither.

In his mind, if he still has any feelings for you, then he may try to scratch his physical itch by involving you – if you’re into it. This is a good sign, since Taurus’ show their love through touch.

I can tell you, if they haven’t reached out to start hooking up after the breakup, then this could be a sign that they have no romantic love left for you.

A Taurus will always seek to meet his needs through familiar means. After all, wooing someone else is a lot of work!

So, if he still is choosing to take the hard route and meet others instead of trying to patch things up with you, then this is a sign that he is officially done-zo and that you should move along.

3. He Told His Friends & Family About The Breakup

Remember, Taurus is ruled by Venus, which means that they’re sexy and charming, but they’re also non-confrontational. It’s just too much work for a Taurus to confront others, and we know that they only like to work if they really have to!

Because of this, Taurus isn’t going to tell those in his life anything unless he really means it. Having to go back to those people and explain that he changed his mind is going to sound like a special kind of hell to him!

Any backlash that they might give him would be enough to discourage him from going back on what he said… have I mentioned Taurus’ are stubborn?

If he has told the people closest to him that you two are over, then it’s a sure sign that he’s not going to reconsider his position on this.

4. He Doesn’t Care If You Date Other People

A Taurus in love treats his woman like a possession in the best way possible, and sometimes in not-so-great ways. He takes care of them and cherishes them, but he also can be too possessive of them.

If he cares about you, he is going to get jealous if someone else is interested or if you are on the market, point blank.

He’s a fixed sign, like I mentioned. If he is at all interested in you, he is staying put. He won’t be philandering around with others and he won’t pretend he is interested in others when he isn’t. Let’s face it, Taurus is too lazy to play games!

So, if he sees you on Tinder and doesn’t shoot you a text to reconcile, that’s an issue. If he sees you getting cozy with someone new on social media and doesn’t react, then he really is not in his feels over you anymore.

5. HE’S Talking To Other People

This one doesn’t leave much room for assumptions. He’s a stable, solid guy and when he knows what he wants, then he is persistent enough to work towards that for as long as it takes.

If he is talking to other people, then that’s what he wants to be doing. It’s not a ploy to get you back, it isn’t a coping mechanism. He is trying to find love elsewhere.

He has no ulterior motives here, he just is interested in finding a new love, and this is because he is officially done with his old relationship with you.

If you see him on Tinder or notice him being flirtatious online, then it is a definitive sign that it’s time to meditate, cut your losses, and move on as well cause his train has left the station.

Read next: When a Taurus Man Is Hurt You Have to Do One of These Things

Bringing It All Together

A Taurus man is one that prefers the routine of a solid relationship. He appreciates the solidity and stability of a relationship as long as it is working for him.

A Taurus’ first instinct is to try to make what he knows work for him. If it doesn’t work after he tries hard at it for a long time, he may decide to move along.

Once a Taurus has called it quits, you can rest assured that he means it. Lukewarm is not his nature when committing to something. If he has committed to ending it, you can know that he is serious.

If he’s out flirting with others, hasn’t tried to spark things back up with you, and he’s lost all possessiveness over you then in them mind of the Taurus, things are over. Best to move on to something new… ever dated a Scorpio?

Have you ever tried to get back together with a Taurus ex? What happened and how did he react? I’ve got know, so please, answer in the comments!

Want to know if Taurus is your true love match? Take my quiz here to see if the next guy you flirt with should be a Taurus!

And if you want to do some in depth studying on the Taurus man, go ahead and buy my book Taurus Man Secrets. You can find it here, and I know you won’t be disappointed!