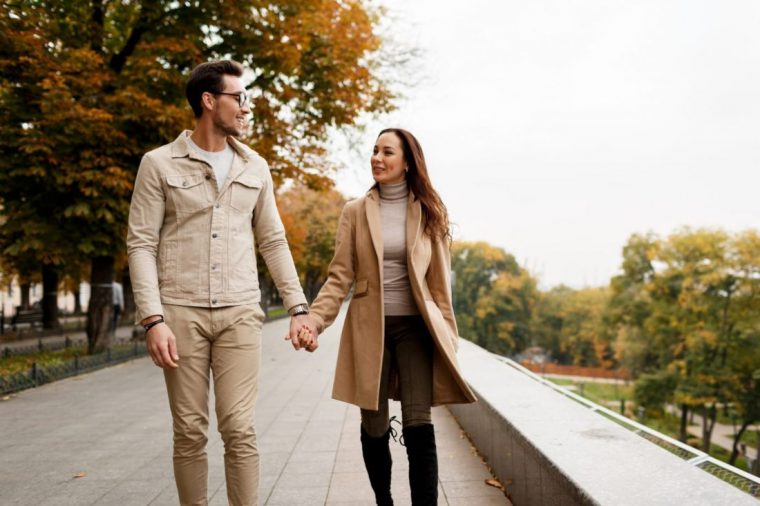 Early Stages Of Dating A Taurus Man — And How To Make Progress?

If you’ve started to date a Taurus, then the good news is that the hard part is over! A Taurus is not one to agree to date someone all willy-nilly, so first off take a deep breath and pat yourself on the back!

What can you expect now? And how can you assist in moving the relationship forward?

I’m here to advise you on some tips for understanding the Taurus in a relationship and what their take on relationship progression is.

If you want all the details from my experience as a Relationship Astrologer, keep reading and I’ll give it to you straight… no bull!

Set Up A Routine

A Taurus is a fixed Earth sign, and all you have to know about that is that this guy is the definition of consistent. You can set your watch by his movements and predicting his next step is a breeze.

He’ll be interested in establishing a routine quickly because he loves to live in a world where he knows what to expect. Avant-garde isn’t his style.

The routine may look something like a predictable good morning text, a few check-ins throughout the day, and then getting together at night to settle in with a good show and some wine. A text that says “hey babe, how about we stay in tonight?” reads like a sext to a Taurus!

Is it monotonous? Maybe. Is it a sign that he’s settling into the new relationship for the long haul? Absolutely. Involving you in his daily routine is a sign that he’s committing to you because he doesn’t like changing his routine, which implies he’d like to keep you around!

Developing a taste for the simple pleasures and getting comfortable with the same-old-same-old is going to elevate your relationship in the mind of the Taurus, so go ahead and get comfy because routine is the Taurus’ love language. 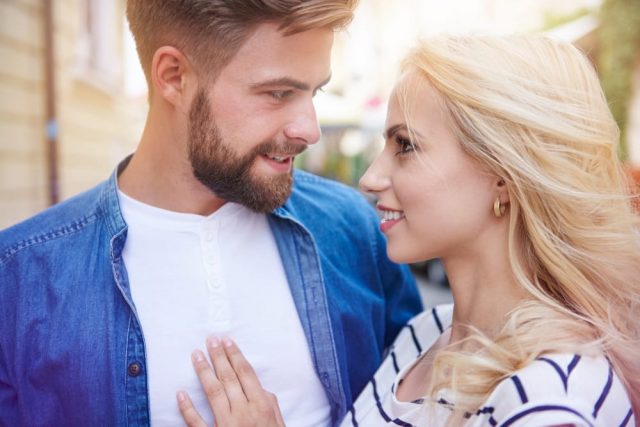 If a Taurus was a character from a fable, he would have been the tortoise from The Tortoise and the Hare. He’s in no hurry to get where he has to go because he has full knowledge that all things come with time.

This is no indicator that he isn’t interested in you, it’s just how he is. He is not easily shaken by the intrigue of romance; he is an immoveable force. He’ll keep doing things pretty much the same way he did before he met you for quite a while after you start dating.

My advice for this is to work with it. Like I said, you won’t be changing this aspect of him so easily. The best approach is to accept it and move at his pace.

The bright side is that if a Taurus man started dating you in the first place, then it is almost certainly true that he intends on crossing all relationship milestones with you (just at a reduced speed!).

He doesn’t play games so he likely just wants to make sure that you’re as serious about the relationship as he is!

He’ll Act Out How He Feels 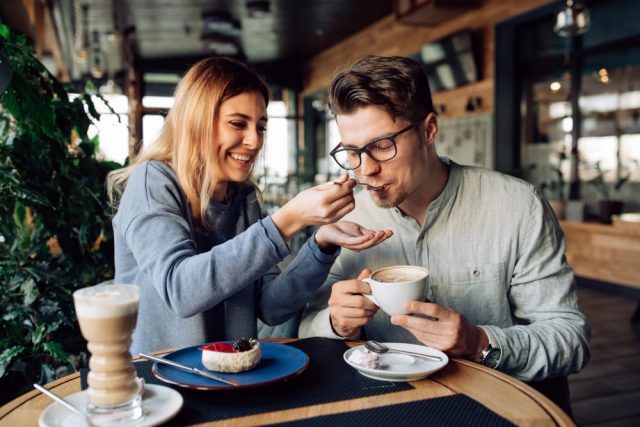 A Taurus isn’t the best at communicating his emotions since emotions aren’t really in his comfort zone. He is a more practical, and physical sign, so you should be looking at how he’s reacting to your advances if you want to gauge his enthusiasm for you.

If he’s texting you every day, asking to hang out, and just generally attempting to get closer to you in tangible ways then you can rest assured that your Taurus is totally invested.

If he’s not answering texts right away, acting wishy-washy towards the whole relationship, or not acting totally enthused when you say you want to hang out then that says just as much… it says he thinks this relationship is cringeworthy.

He isn’t trying to hide how he feels from you, it isn’t his style. But showy emotional displays are also not his approach. At the beginning stages, just pay attention to how he acts to get the full picture of what’s on his mind.

The actions of the Taurus speak much louder than words. If you understand his interest levels then you can note where he’s at emotionally with you.

Not sure if he wants to progress? Ask yourself, is he showing signs of getting just a little jelly when he knows you’ll be around others? If so, that means things are getting serious for him!

Taurus’ are ruled by Venus, planet of material goods and luxuries. As a result, Taurus’ have just a touch of “that’s mine!” syndrome, like a grabby toddler.

So, when he is showing signs that he’s getting jealous that can mean only one thing. He considers you to be all his! And this is a great sign because it means that he is likely going to be okay with progressing to new stages very soon.

He’ll want to stake a claim to what he “owns” metaphorically. Don’t worry, he knows he doesn’t really own you. He just needs to make clear that you’re his girl!

If you notice the protective gestures then it’s time to bring up the next step for you two, whatever that may be.

Read next: 8 Reasons Why Women Fall In Love With A Taurus Man

Let Him Know What You Want, Then Wait

On that note, when you feel it’s time to move on and he’s showing all the signs he is ready, it’s important to keep in mind that even if he is ready it’s still not going to be a speedy process.

He likely won’t be the one to suggest the next step since reliable Taurus has a tendency to get stuck in the okay-ness of the moment rather than change something up and risk losing what he likes about the situation as it is.

The Taurus needs time to let this thought marinate for a while before he makes a solid move. Every speed is “low and slow” with a Taurus. However, this means that when the time comes and he does take action it’s because he evaluated all the consequences and decided it was still worth it to commit to you.

So, the best move here is to plant the seed and then sit pretty while it grows to maturity in his mind. Don’t prod too much, just check in to see where he’s at with the thought once in a while.

Have you been dating a Taurus man for a while? How did you know he was ready to make the next move? Let me know in the comments below!

If you’re unsure if the Taurus is for you or just want confirmation, then take my quiz here to find out once and for all!

If you’re interested in all the Taurus man’s dirty details then check out my book Taurus Man Secrets.  You won’t be disappointed! Check it out here.

12 thoughts on “Early Stages Of Dating A Taurus Man — And How To Make Progress?”