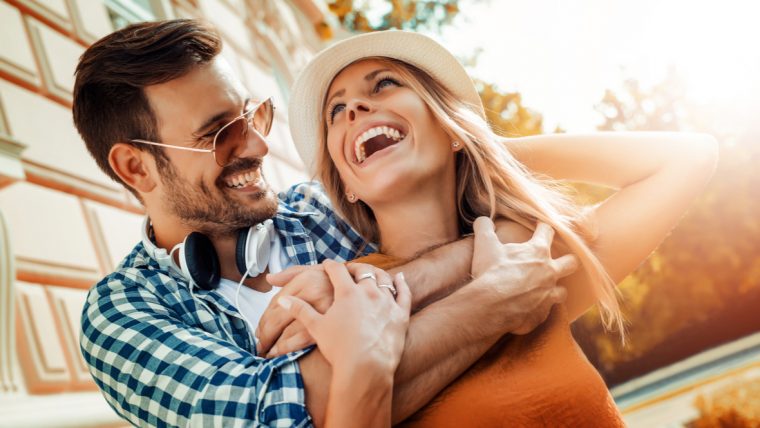 Your man’s Sun sign, Taurus, will tell you a lot about his personality, essential energy, general attitudes to life and basic needs but as you already know – not every Taurus man is the same. It is also important how Venus’ placement will influence on Taurus man’s personality.

Other astrological factors might accentuate, tone down, or modify basic Taurean traits and the most important influence is his Venus. Venus rules the sign of Taurus so its sign will modify the way he expresses his basic energy, it will enhance or tone down his possessiveness, traditionalism, etc.

The planet Venus and the Sun can never be more than 48 zodiac degrees apart which means that his Venus can only be in the same sign as his Sun, Taurus, the two signs preceding it, Pisces and Aries, or the two signs following Taurus, Gemini, and Cancer.

Taurus man with Venus in Aries

A Taurus with his Venus in Aries will be more direct, spontaneous, and competitive than your average Taurus man and he will be less inert and security-oriented when it comes to relationships due to the warrior sign of his ruling planet.

If he likes you he WILL act on that impulse and make a move: ask you out or jump into bed, get involved much faster than you might expect from a Taurus. On the other hand, he tends to be more promiscuous than most Taurus men and gets bored easily after the conquest, so you might want to keep him guessing a bit.

Every Taurus man loves sex but with his Venus in Aries, he REALLY loves it and is super passionate, but he will be less fond of cuddling and less subtle in showing affection since his Venus is in an unpolished sign. He is attracted to strong, passionate, and independent women and will probably give you more space than other Taurus men, he will appreciate your yang side but he will also expect the same from you.

With his feisty Arian Venus, he will find occasional arguments energizing and exciting but will strive to be the dominant one in the relationship all the same. He likes attention and can be self-centered, but will love you passionately and show his emotions more spontaneously. With his Venus in Aries, this is the most exciting type of Taurus man.

Taurus man with Venus in Taurus 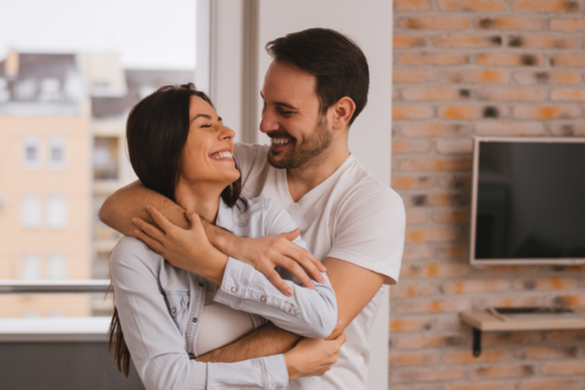 With his Venus in the same sign as that of his Sun, the Taurean energy is super highlighted in all areas, for better or worse. This man will be extremely sensual; attuned to physical comfort, beauty, enjoyment, and the sense of touch which means you can never go wrong with massages, sex, and good food and drink!

He likes tangible expressions of love so you can assure him of your affection with a nice gift that will keep you on his mind. This man is into pleasure and can be a real hedonist, but he also likes permanence, he likes to watch things grow and prosper. This is why he wants a stable relationship, a goddess he can take care of and grow old with, and is very traditionally oriented – he likes his women beautiful and curvy, good-tempered, and not too independent, unlike his Venus in Aries brother.

He is very concerned about security and can be extremely possessive in a relationship, even treating you like a cherished china doll. Buying love with gifts or getting a trophy wife is not above this type of guy. With his Venus in Taurus, he might take his time before he commits, and can be an overall slow starter, but once he sets the course of action he is unlikely to get out of the relationship easily, even if it’s bad for him. This is the most dependable type of Taurus man.

Taurus man with Venus in Gemini

Venus in Gemini Taurus man will surely be more talkative, social and curious than the rest of his brothers, and will probably decide on things much quicker, even though he might change his mind later due to the restless and fickle energy of his dominant planet. Geminis are playful children and although quick to make connections Venus in Gemini isn’t quick to commit.

She tends to evade serious conversations, likes to keep her options open and often has a few relationships on the go at the same time so watch out for warning signs – you might not be the only girl on his mind. The way to keep this guy’s (short spanned) love attention is by seducing him with your intelligence; by engaging him in exhilarating conversations; by expanding his mind with new exciting facts and interests and by being playful.

Venus in Gemini needs a friend, someone she can learn from and have fun with and this guy wants a woman who is a bit unpredictable, one who won’t allow him to relax and become bored in a relationship. This guy needs more activity and variety than your average Taurus so be sure to follow his tempo. Venus in Gemini Taurus men are more fickle than other Taurus types but are also most flexible, intelligent and fun to be with.

Taurus man with Venus in Cancer 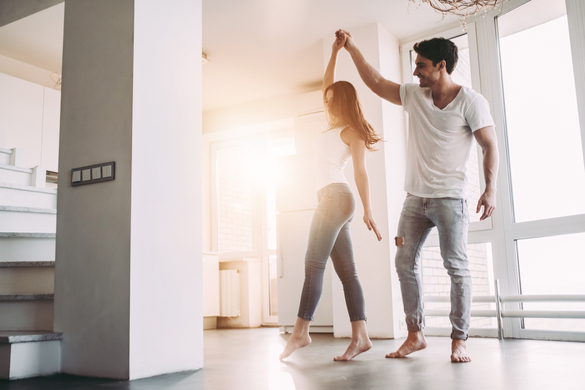 If your Taurus Man has Venus in Cancer he will in many ways be the opposite of his playful Venus in Gemini brother. He will be more of a gentleman, a man of few words with old school manners and a big romantic heart. With sensitive Cancerian energy, he will be extra emotional and security oriented which is in line with basic Taurean traits.

This combination highlights traditionalism and gives a strong focus on establishing a secure home life, the sense of protection and security are his primal needs. He will value romance and will have strong family values so if he introduces you to his family, you know you’re in. He will enjoy home cooked meals, a comfy atmosphere and will strive to provide a general sense of protection and nurturance to the one he loves, and expect the same in return.

He might even be overprotective, clingy and a bit codependent in a relationship and he dislikes overly independent and assertive women precisely because they don’t need him to take care of them. If you want to win him over show him that he is SAFE with you and that you will never leave him – Cancer fears rejection and abandonment so playing games with him won’t do you any good but will make him retreat into his shell. This type of Taurus man has the tenderest heart of them all if you don’t mind the possessiveness which goes with it.

Taurus man with Venus in Pisces

Like Cancer, Pisces is also a water sign, an emotional sign, so a Taurus with Venus in Pisces will be similar in many ways but less possessive. He is also very romantic, even idealistic about love but unlike his Venus in Cancer brother, this guy might be more capricious and fickle when it comes to committing.

Like his Gemini Venus brother, he too tends to evade serious topics and reality checks and can lack discrimination when it comes to love. This can even make him promiscuous, played upon in love and prone to disappointments. Once hurt, Venus in Pisces man can become distant and hard to reach so you will need to assure him of your devotion.

He is attracted to sensitive and emotional women, to ones he feels will be devoted to him, but also to mysterious and delicate types and ladies in distress he will aim to save and heal (or end up being used by). He wants a princess he can save but if this dream starts manifesting, he might go MIA because he is better at fantasizing than dealing with reality.

This type of Taurus is more likely to seduce you in subtle ways, unlike his Venus in Aries brother, and is much more silent so you will need to sharpen your senses in order to pick up his signals. His tender soul will be scared off by harshness and bad manners on your side – loud and feisty girls are better off with his Venus in Aries brother – and he is the subtlest, and most compassionate of all Taurus men.

Read next: 5 Ways To Develop A Deeper Bond With Your Taurus Man

Hopefully, with this knowledge, you will understand why all Taurus men are not made the same. Please, leave a comment in the section below, I am so interested to hear what your man’s Venus unique configuration is!

And girls, if your personality doesn’t match that of his Venus sign don’t sweat over it too much – Venus is more telling about the type of feminine energy he is attracted to, not necessarily the type of woman he will end up with.

I am currently running this amazing opportunity to book a VIP consultation with me. Are there questions you have about your love life and want more information on how to empower yourself in your relationships using Astrology?

>> Book the new VIP consultation I am offering.

There is so much romantic potential I get to uncover by just looking at your chart, isn’t that just fascinating?

Wishing you all the love and romance you desire!

12 thoughts on “How Venus Placement Influence On Taurus Man Personality”