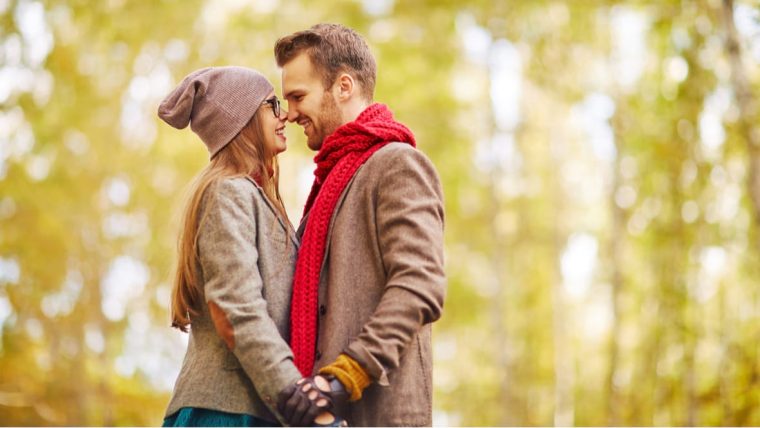 What are the pros and cons of dating a divorced Taurus man? There are definitely some good things and then there are also some potentially destructive or heart-breaking ones.

Let me walk you through what you should know about dating a divorced Taurus man, so you’re not in the dark. Keep reading to find out what you’re getting yourself into…

One of the things you need to know are the pros of dating a Taurus man who has been married before. Naturally, he will have learned that he has to communicate his feelings better.

He has probably learned how to compromise and know that he cannot always have it “his way.” He’s also learned how to live with a woman, knowing now how women operate (for the most part!).

A divorced Taurus man is also likely to take his time, instead of rushing into a relationship that may end up badly. He wants to be sure that things are right and that she’s the right one.

The Taurus man has learned the value in deep commitment, in that he doesn’t choose just anyone. He’s become more selective, so if he’s into you then you are surely very special to him.

A divorced Taurus man has some experience with what marriage is like and really that can go either way. It may have soured him, or it may have showed him the type of life he wants with the right woman. 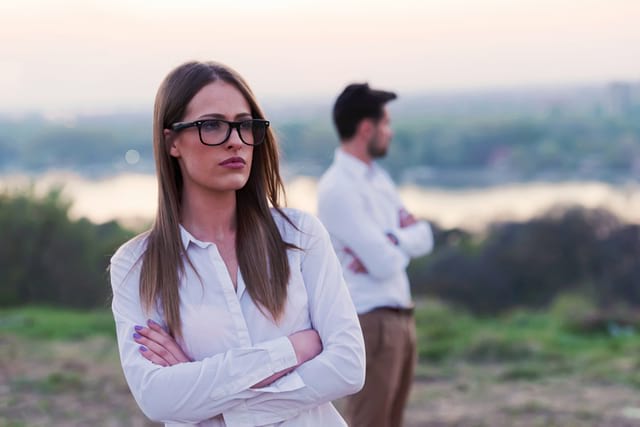 Naturally with him having learned a lot in a marriage, the Taurus man probably has learned some not so nice things as well –he has learned that he may not be able to trust women.

It’s possible that the Taurus man has become jaded due to their failed marriage. He may also have become more selfish, as perhaps he was taken advantage of when he was married. He may decide that he now needs his own time to himself.

It will also make him go a heck of a lot slower (and maybe over analyze) any new relationship he gets into, which can cause confusion for the woman he’s dating.

There is no doubt that he will have some emotional baggage which he may not want to talk about. But you’ll know because he’ll start pulling back or seem twitchy if he catches feelings for you.

It’s also possible he had some kids with her and so there are ties between them he cannot break. If she’s pushy, she could get too “involved” in his life which you’ll have to learn to deal with or put a stop to.

3. Will Taurus Man Commit Again Or Not? 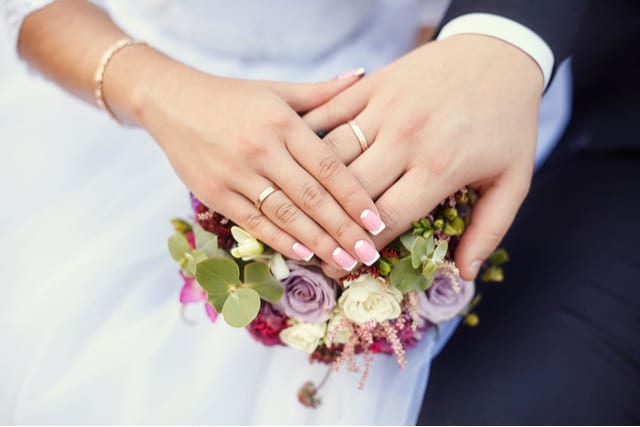 The Taurus man may feel hard pressed to actually get married again, but he’s not dead set against it either. It will just likely take a really long time for him to get to a point where he feels he can do it again.

This is particularly true if he went through a harrowing divorce. If he somehow managed an amicable divorce, then things could be very different. He may not be jaded and could open up sooner.

Just be wary of the Taurus man that wants to dive right into a relationship once he’s gotten a divorce. That’s a bad sign that you could end up being his “rebound” woman.

To be his rebound would mean that at some point he’s going to realize that he jumped too quickly, and you aren’t the one. Thus, he ends it. If you know he’s newly divorced, be very careful with yourself.

Be sure that if he doesn’t go slow, that you do. You will regret it if you let him go full throttle. He’ll make all these promises and future plans only to turn around and back totally out of it all.

It can and does happen. You’ve got to take it nice and easy with the Taurus man –whether he’s newly divorced or not! Taurus men need to really see and learn who you are as well as who they are with you or they will not be able to move forward in a healthy way.

Taurus men go through a period of not really knowing what they want. They think they know, until they experience it then they realize that maybe it’s not at all what they wanted.

Unfortunately, they do this when they date. He will always question whether you’re the right one, he may even look or talk to other women, and he may not be one hundred percent committed to you.

This is when cheating occurs, a lot of the time. This is why it’s important to give him a great deal of time so that he can figure himself out. An affair isn’t something you really want him to do.

4. Beware Of A “Friends With Benefits” Offer 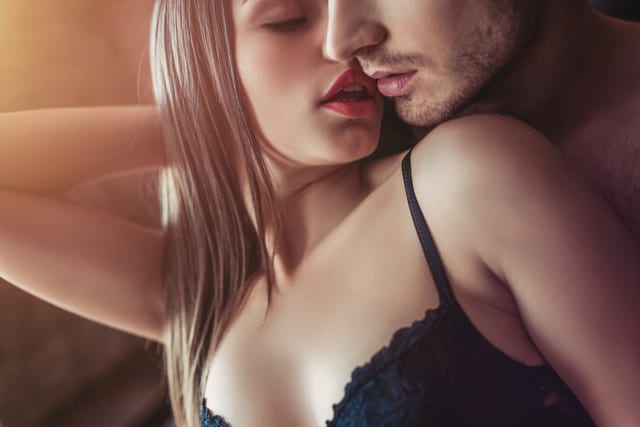 Sometimes after a Taurus man has been married and it failed, he will decide that he’s just not going to do a relationship again. That doesn’t necessarily mean forever, but who knows how long it will take him to come around.

He’s all about living a bachelor lifestyle. This is the type of Taurus man that will romance you and then tell you he doesn’t want a relationship –he’ll dive into bed with you instead.

The problem is, if you know he doesn’t want a relationship and you have sex with him, he’s got you into a “friends with benefits” relationship. That means that in his mind, he can have fun with you no strings attached.

What’s bad about this is that if you didn’t tell him you were alright with this arrangement, he will assume you are since you had sex with him. If you get into this zone, you will likely never have a commitment with him.

He will be perfectly fine with your arrangement and won’t ever feel the need to change it because why do that when he’s getting your time and your sex for free?

Don’t let yourself fall into that trap! I’ve had plenty of women write to me that that fell into this trap and then ended up hurt because he doesn’t want more from them, and then they have to end it with him.

Avoid this at all costs and you’ll be fine. If he clearly states that he doesn’t want a relationship, trust him on that. It doesn’t matter how nice and sweet he is to you. He already told you he’s not into it.

Sex will not change his mind either. He’s told you his intention and you’ve got to accept that is what it is. You’ll save yourself heartache if you do.

5. A Realistic View Of A Divorced Taurus Man

In reality, it’s really hard to get a divorced man to get into a relationship. He’s learned about what it’s like to be committed fully and what happens when he does.

Even if the marriage wasn’t that bad, he still sees it as a failure and some of it falls on his shoulders. This means he may look at himself as damaged goods. The Taurus man is insecure even though he comes off as tough.

When he feels pressured or doesn’t feel good enough for someone, he will actually get hot with her but then turn around saying that he doesn’t think he’s the right one for her.

He will say he cannot give her what she wants, blah blah blah. It’s probably not true, but the fact that he’s saying it means he’s insecure and will revoke the commitment or not make one at all.

I really do advise you to guard your own heart if you’re going to start dating a Taurus man. He’s a bag of mess much of the time. Know that he may be a bit of a difficult guy to get close to but in time, he could be worth it.

Read next: Taurus Man Flirting Style Can Be Confusing – How to Understand It

I hope this has helped you to see two sides of the divorced Taurus man. Be sure that you’re taking your time and getting to know him. Don’t dive into bed with him right away.

Remember, you’ve got to hold out on sex until you know he’s going to commit. You’ll end up hurt if you don’t! FWB relationships almost never turn into more, so watch out.

Taurus men can be some of the most solid and loyal guys there are, until they get hurt or jaded. Then they turn into a wandering-eye type of guy that is capable of lying. It really does change them.

This explains the married Taurus man that cheats. He isn’t happy and so he’s emotionally jaded that he’s looking for someone else to fill that void instead of divorcing and starting fresh. Just be careful with your heart!

Did you know that smoking hot actor (Superman) Henry Cavill is a Taurus man? Whoa, who knew? He is many women’s hottest fantasy. He probably has some baggage though.

Have you dated a divorced Taurus man? How did things go for you? Please tell me!

To find out more tips, tricks and secrets about the Taurus man check out my Taurus Man Secrets here.

Wishing you all the luck of the universe.

8 thoughts on “Dating A Divorced Taurus Man: 5 Things To Know!”