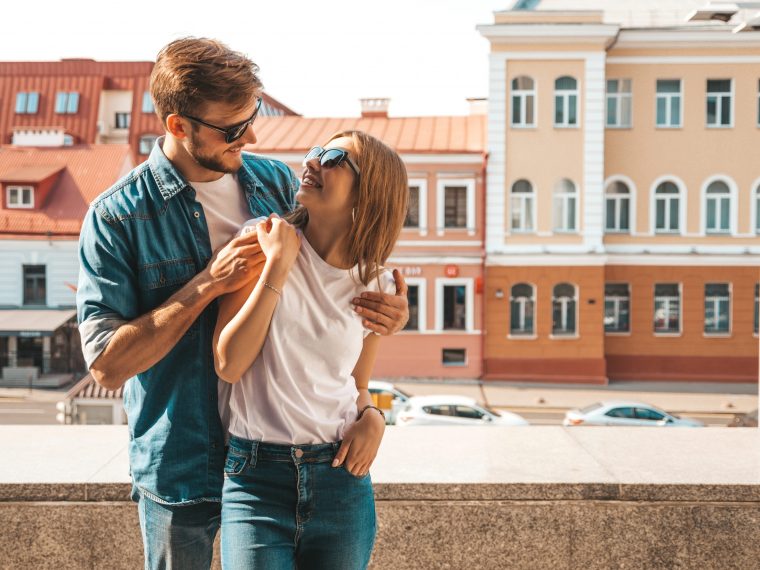 Taurus Man Flirting Style — How to Understand It

Taurus men are suave when it comes to talking. However, it makes it incredibly difficult sometimes for a woman to know if he’s just being nice, cool, or friendly versus him being into her.

He tends to talk about topics that really can be talked about by anyone and everyone so it’s hard to pinpoint what he’s getting at. Is he interested or is he just simply being an interesting guy.

This makes him a bit confusing because it’s hard to tell what may be going on in his mind as far as what he wants and if he’s making a pass or not. Women find him intriguing and funny.

He’s warm, easy to talk to, and a joy to be around. However, unless he does something to accompany his talk, he’ll be misunderstood and sometimes misses some key opportunities when it comes to dating.

Taurus man can be a bit dense when it comes to if a woman is interested in him as well. She’s confused by how he talks to her and so he then thinks that maybe she’s not even into him.

This whole dance is really silly but in this way, Taurus man is endearing with his awkwardness. He isn’t always sure of what he should say to let a woman know that he’s interested in knowing her better.

He will take every opportunity to talk to you if he likes you. That much is a given. If you find him coming around and talking to you every time you turn around, that’s a HUGE green flag that’s telling you he likes you.

Courting Is His Style 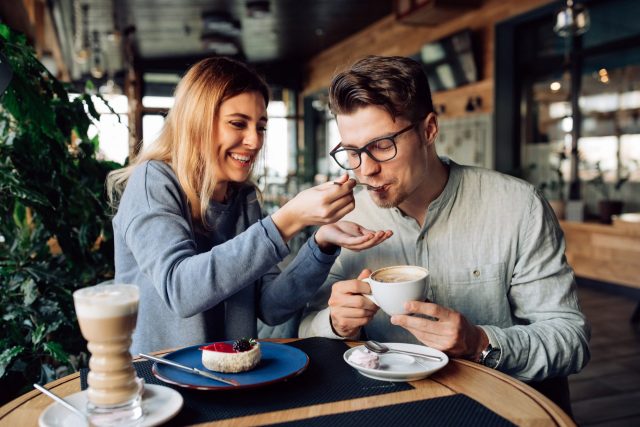 The Taurus man is more traditional and old fashioned. He wants to take things slow and let things happen naturally. This means he will want to start with friendship and then try to develop it from there.

He may ask you out to do things that friends might do. He may even ask you to go do something with him in a group setting. It’s his way of doing something fun with you and getting to know you without having to be too intimately alone.

He’s one that wants to take it nice and easy. I’m not saying that there aren’t Taurus men that don’t just dive into bed with a woman but most of them are classier and want to hold off on that.

When he feels comfortable enough, he will then start asking you out on dates. Until he gets to that point though, he will play the role of an awesome friend who makes you laugh, makes you feel comfortable, and makes you want more.

This all seems really strange in this day and age but Taurus man is a classic type of guy. He knows what he’s looking for and will accept nothing less. He can sometimes even speak like he’s older than what he is. He’s timeless.

Taurus man is romantic. He may bring you a gift of some kind that is very low key but again, you won’t know if he’s doing that being a friend or if he’s trying to romance you. He doesn’t realize he has to give you more of a hint.

Read next: When a Taurus Man Says He Loves You – Can You Trust Him? 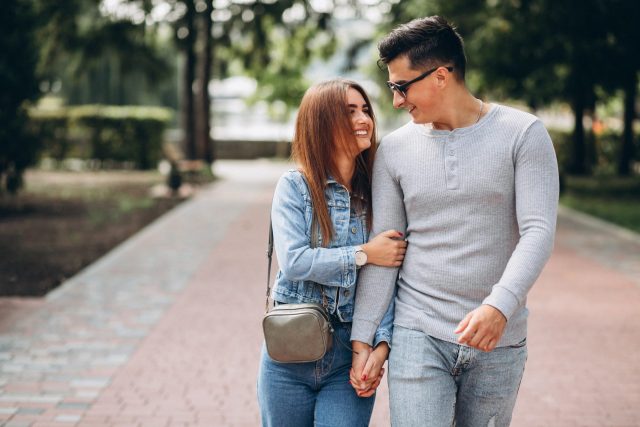 Taurus men can be rather awkward when it comes to dating. Sometimes they are looking signs from the woman they’re into to figure out if she’d even want to date him at all.

This is why he will talk a lot and come around as often as he can. He’s trying to look for signals that a woman is actually interested in him so he can proceed. So ladies, if you’re waiting on him to make a move, perhaps you should take the lead.

Taurus man won’t typically flirt or go after a woman that he doesn’t think is into him as he knows that’s a waste of his precious energy and time. He’ll sort of dangle confusing bait for a woman and then wait to see what she does with it.

He doesn’t get how perplexing his flirting is though and so if she doesn’t “get it” then he tends to think she’s not really into him and thus he moves on to find someone else instead of clarifying himself.

Taurus man can act like a goofy teenager at times when it comes to dating women. He could be the type that slugs you lightly in the shoulder, pulls or plays with your hair, or pats you on the back.

If he’s touching you, he’s more than likely into you. I’m not going to say this is true 100% of the time but if you combine it with him always coming around, spending time with you, and talking to you… yep.

Looking at it from this perspective, you should have a clear idea now of what to look for if a Taurus man is actually into you. Once you have gathered enough data, you can then begin making a play for him if you want him.

Taurus man actually wants a woman to stand up and tell him what she wants and that she’s interested in him. This takes the pressure off and then he’s able to set up a date. He won’t even mind if SHE sets one up.

He’d rather have a woman making her intentions clear than a woman who is too meek to speak up. It confuses HIM and then again, he’ll keep moving on to someone else who is more aggressive.

I’m not by any means endorsing bugging him to death with texts. Moderation is key ladies. Now you know if he’s flirting and you can work with it! Click here for more information.

One thought on “Taurus Man Flirting Style — How to Understand It”