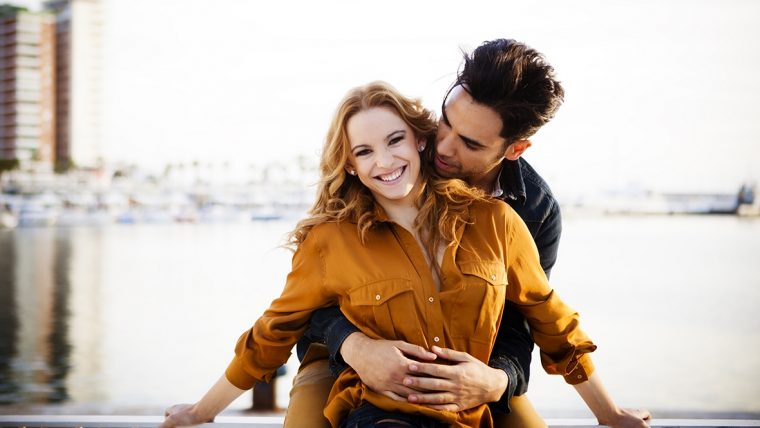 How Does A Taurus Man Act When He’s Truly In Love?

Are you getting hung up on a Taurus man and aren’t sure if he’s playing coy or if he’s really trying to form a deeper bond with you? Here are some sure-fire and successful ways to know if your Taurus guy is in love.

He will Show and Prove

This man isn’t typically the romantic type. However, he will do the things that he perceives would make you feel as though he is. He’ll do things like bring you a gift, flowers, chocolates, or something he knows you enjoy.

He will listen to you talk about what excites you in life. He’ll feel excited as he’s listening and get really pumped about what you two can do together.

His texts, emails, or phone calls will increase because he’ll be interested in getting closer to you. He’ll want to spend as much time with you as possible as well. It won’t be hard to spot if this man falls for you.

Optimizes and is more Open 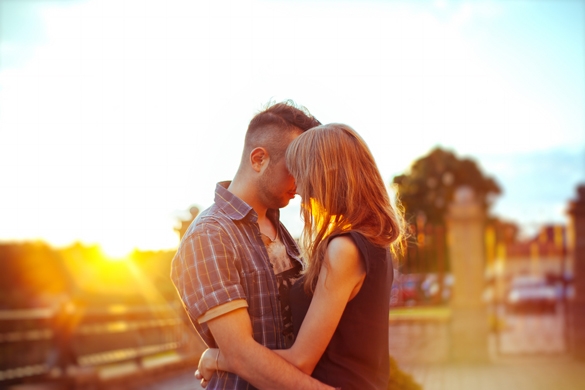 The Taurus man is typically one for telling the truth and being open. However, he’ll save the juicy stuff with for the woman he’s trying to commit to. He’s a tough nut to crack but when it comes to the lady of his heart, he becomes an open book.

When his heart is open, he becomes very loyal and single-minded to the partner that captures his love. He will treat you like a Queen. He’s fairly obvious with you if he is in love with you.

No matter how many others try to catch his eye, he isn’t seeing them and is darned near oblivious to them. He won’t notice unless someone points it out to him. He doesn’t care; he has the one he wants.

Naturally, since Taurus is already a very sensual type of man, he will increase his tantalizing ways once he finds the person he wants to settle down with. He will spend all his time and talents working you over in the bedroom.

This is the type of guy that will not be able to keep his hands off of you in and out of the bedroom. He has a high sexual appetite and will not have a problem letting you know how much he desires you.

The Taurus man wants to make sure everything is taken care of so that he can focus on his love for you. If you find that all the bills are paid before you can even open your purse; you’ll find that he likely is in love with you.

If your Taurus man insists on paying for everything when you go out anywhere, he’s in love with you. He is a bit traditional and old-fashioned in many ways but there certainly nothing wrong with that.

This is the type of man that would not mind you being the stay at home partner if he can afford to pay for everything. He appreciates the old ways. That’s not to say he won’t appreciate a woman who wants to be an equal.

He may not, however; be Ok with not being the breadwinner. This is the traditional male that wants to be the “Man” in the house. As long as he has this, he will show you always how much he loves you. 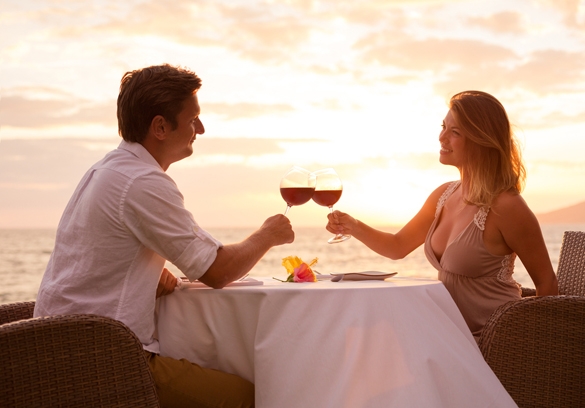 This man loves the finer things in life. He will also want to treat you well with indulgences. Looking for a man to pamper you and treat you well? This guy definitely can and will do this.

If he is in love, he will want you to have the best of everything. If you see something in the store you like, he’ll try to find something that is far superior and in better quality to buy it for you.

He’ll also take you to some of the very best places to eat. While he adores home-cooked meals; he also likes to go eat out at some of the top-notch restaurants in town. If you find him doing this, he’s likely in love with you.

This guy is the eternal rock you’re looking for. He’s the man that will stand by your side once he fully commits. He may not be super romantic but he IS steadfast and true.

Once he commits to you; you are the only one he sees. Even if the most attractive of women approach him; he will not notice her. To him; you are everything he wants and needs.

Once he feels secure, he will always be sure to show you how devoted he is to you. His love for you is all-encompassing. Just be careful not to ever make him jealous. He doesn’t do too well with that emotion.

In fact, if you want to keep your Taurus man; keep your eyes on your own paper. If you do not and he feels you are untrue, he will also pull back his dedication to you for your betrayal.

It’s hard to piss off a Taurus man but once you do; watch out! He will unleash the hammer of the Gods to make sure you pay for what you’ve done to him. Any lie will be perceived as betrayal.

If you do flirt or look at other men, just be sure you don’t do it in his presence or in front of any of his friends. He’s so loyal that his friends tend to be loyal to him and will rat you out in a heartbeat if they see something that shouldn’t happen.

Taurus men are good at detecting lies as well so if you’re thinking of doing that; you may want to do your best not to lie. The truth will go very far with the Taurus man even if it’s a truth he doesn’t like. Click here for more information on him!

There are so many things about Taurus you can learn. He’s one of the most desired out of all the signs because of his ability to be stable and secure. If you’d like to know more about what the Taurus man is about;

4 thoughts on “How Does A Taurus Man Act When He’s Truly In Love?”