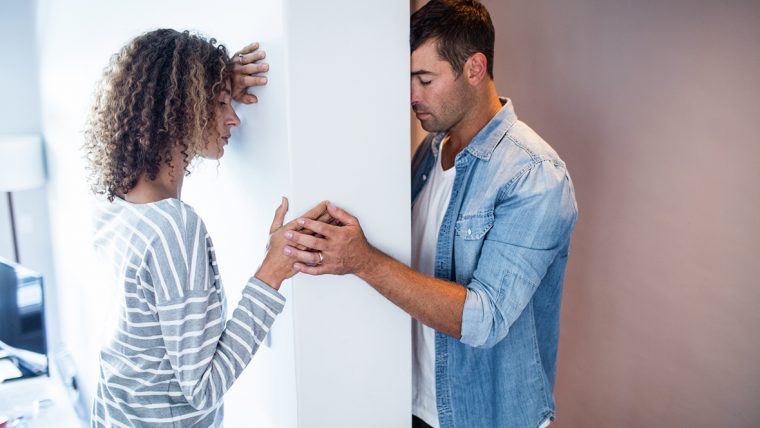 Are you an Aries woman experiencing a break up with a Taurus? Maybe you’re thinking about calling it quits, or he’s the one that wants to break up. Here is what you can possibly expect to happen should the two of you part ways.

Rift Between The Two

Both the Taurus man and the Aries woman are very strong willed. That means that if they break up, there may be a power struggle even with this. The Aries woman may be the one who initiates it.

She will reach her limit and decide to let him know it’s her way or the highway. The Taurus man, who often feels the same; is not likely to break it off as quickly as the Aries woman will.

The Taurus man and his uncertainty will want to mull it over for several weeks or months first before approaching his Aries lady. He wants to be sure that it’s the right thing to do.

He also doesn’t like confrontation much. The process of a break up will cause him to pull back and give the Aries woman the icy approach instead. In fact, in some way he hopes she’ll get the hint that way.

If she gets the hint by him being icy toward her; she’ll call it off. It makes it easier for him because he’s not the one that has to do the “dirty” work. It does seem like a copout but he knows that it’s easier if the Aries woman does it.

He feels like if he does it, his Aries woman will react badly and there will be some serious negative fireworks happening between them. He wants to avoid this type of drama as much as possible.

Initiating The Break Up 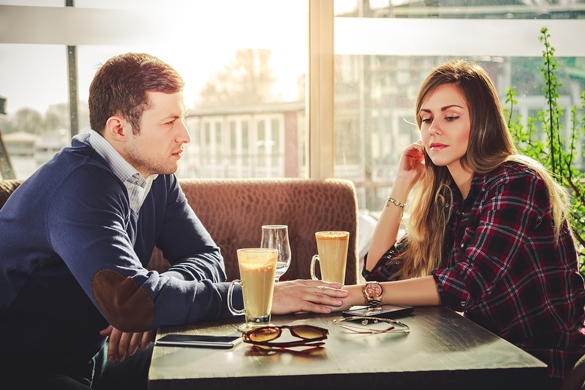 As I mentioned, it may be a bit tricky when the Taurus man wants to take it slowly like he did to get into the relationship. He hates drama and will try to do this as easy as he can.

He tries to push the Aries woman to her limit or ignores her enough that hopefully she’ll give in and be the one to end it. It saves him the trouble and allows her to think she’s got the upper hand.

In most cases Taurus wants to be in control but with break-ups; he’s neutral or doesn’t want to be involved. So if a break up happens it will likely be done by the Aries woman.

If she doesn’t, she’ll find that he will unceremoniously break up with her out of left field. He may conceal the fact that he’s been planning it for months then suddenly drop the bomb.

She needs to pay attention to his subtle hints such as pulling back a bit on sex (but not completely). He will also find reasons to not be home as much. Maybe he starts accepting overtime or longer hours.

Whatever he can do to be around the Aries woman less is what he’ll opt for. That way when he finally builds up enough nerve, he can break it off.

If the Aries woman initiated the break up; she may be quite salty toward the Taurus man. She will want to quickly find a new place or get him to find one. If they don’t live together, they’ll part ways and probably never speak again.

Bumping into one another after the break up may seem quite awkward. It’s not likely that Aries and Taurus would remain friends. When Taurus breaks things off, he still has a soft spot unless things were really bad.

Whether or not he’ll be amicable really will rely on how bad the relationship may have been. If it was just one of those situations that just didn’t work well; he may still opt to remain friends.

However if things were rough between he and his Aries lady, he will likely never speak to her again. He holds wicked grudges and doesn’t forget sleights. Aries women are the same when it comes to these types of things.

Taurus holds grudges longer than any other sign. If you piss him off or really hurt him; he’s totally 100% done with you. He will not get back together with you nor will he want to be your friend.

End All Be All 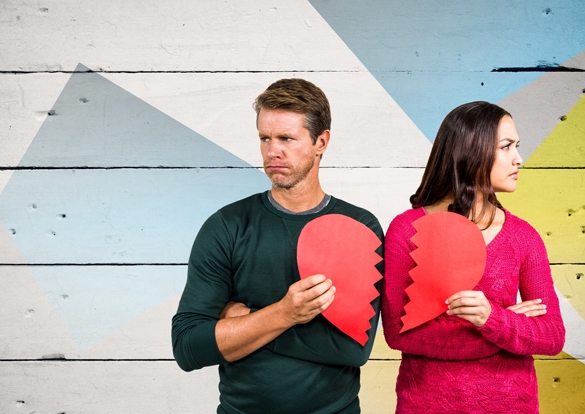 The Taurus man isn’t known for being anyone’s bestie after a break up. He’s a rough and tumble guy. If the relationship he has been in doesn’t work, he assumes that he doesn’t need to be involved anymore.

He may try to remain friends but the likelihood is slim to none. The Aries woman will arouse too much frustration and anger in him. If they parted ways in a rather peaceful way (not likely); they may be able to remain civil.

Otherwise these two will likely blow up, decide that it’s the other person’s fault and not see clearly what went wrong, where it went wrong, and what they could have changed about themselves that would have saved it.

They will over time be able to look back and use some hindsight about it all. However, both will be too stubborn to accept it as what it was and will not apologize to each other. They will carry this rock around into their next relationship.

The Aries woman will build up some walls that will be hard for the next person to break down. Taurus will likely compare every woman to his Aries woman and possibly not in a flattering way.

Sadly the Taurus man will assume all women are vicious and not want to give them a fair shake. In time; he’ll hopefully work past it and be able to slowly open up his heart again.

There may be much anger that comes from these two signs when they part ways. Lots of pain may also be possible here. It won’t be an easy break by any means for either of them. This will be rough and tumble.

They will both have to individually heal before involving themselves in another relationship going forward.

If you’re ready to understand more about how compatible are Taurus man and Aries woman, check out my brand new Taurus Man and Aries Woman Love Compatibility Guide, and if you want to catch him and keep him click here to learn more about Taurus Man Secrets.