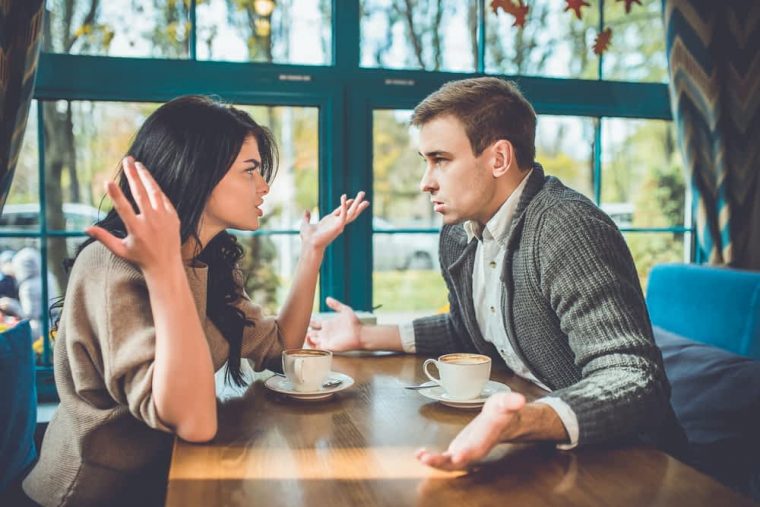 Taurus Man and Cancer Woman Argument: What to Do After?

Are you a Cancer woman that is just completely at a loss with your Taurus man because of a blowout you’ve had? Do you find him to be hard headed or somewhat cold in demeanor? What can you do? Keep reading for some helpful information.

When you’ve had a really heated argument with your Taurus guy and he seems to be cold or closed off, give him a little time. You probably are also very emotional and are in need of cooling off.

Take some time apart so that you two can get a grip on what it was that you discussed that got you both so upset. Write down a letter addressed to him about why you were upset and how it makes you feel when you fight.

You’re not going to give him this letter but the act of writing down your thoughts and feelings will help you basically purge it from your system. This is why therapists typically encourage people to journal when they’re feeling things.

That being said, when the two of you take time to cool off, you’ll find that both of you will have a more level head and can try to discuss that which upset you in the first place.

Remember that Taurus men are hard headed and it’s sometimes difficult for them to understand where you are coming from when you’re highly emotional as most Cancer folk are.

Taurus man needs you to be calm in your approach to him and not have so much emotional turmoil wrapped up in what you’re telling him. He has a hard enough time coping with his own emotions so anyone else coming at him makes him react.

The Reality of Compatibility

Looking at the two of you, you know that you are able to give your Taurus man all the care that he requires and wants. You both want security and stability within a relationship. This makes you two a great match.

However, there are some personality quirks that the two of you need to work around. As I mentioned, if you go after him with an emotional reaction, he will then clam up, yell, or go very cold.

It takes a lot to piss off or upset a Taurus man because generally, he’s a very chill type of guy. When someone comes at him with crazy hectic energy though, he tends to want to shut it down.

This is what causes him to react to you in the first place. Then when he gets cold or silent, it makes you go off the rails because you want to know he heard you, he understands you, and that he gets it.

The thing is, while you’re upset and he’s upset, he’s not going to “get” anything other than thinking you’re an overly emotional drama queen. Before you get offended, remember, this is Taurus man we’re talking about.

Taurus men do not like drama at any cost and will avoid it like the plague. So once you engage into an argument with him, he sees this as drama and he wants to get away from it as quickly as possible.

Many Taurus men will take off to go cool themselves down but also to sort of punish you for having upset their delicate egos. Silly I know but these men are rather self involved if you get my meaning.

You two are compatible but communication could be an issue. You’re going to have to learn how to talk to him without having so much feeling and emotion behind it when you’re upset with him.

Make sure that you’re level headed when you approach him to discuss something that upset you. If you can do that, you’ll get a much better response from him and he’s more likely to listen to you.

When the Calmness Ensues

Once you two have gathered your thoughts and are not hostile, sad, or emotionally unstable anymore, you can then try to talk about everything. Do not allow yourself to get upset again though when you talk to him.

Remember, being calm and collected is VERY important when you’re trying to get through a bump in the road with your Taurus guy.  The Taurus man with Cancer woman argument can be solved if you take a deep breath.

You can feel your way through but while you’re doing that, make sure your words are logical and that you’re making a point with him so that he comprehends what you’re telling him.

Any sign of upset or emotion will throw him off and make him shut down. You sit down with him and start with “can we talk about this because I’d like to solve the issue so it doesn’t happen again”.

He’ll likely have his guard up but you can then continue with “when this happened, I felt as though this happened and there is a better way” or something like that. Then suggest the better way as best as you can.

Basically you have to learn how to express yourself in a way that is going to be productive. Where you may have been able to cry, scream, or yell with someone else… that doesn’t work with Taurus man.

He has to be talked to as though everything is alright but there is a problem that needs solving and getting his take or finding suggestions on how to change it will be most helpful.

Read next: Taurus Man Cancer Woman Soulmates: Is This a Perfect Fit?

As a Cancer woman you’re going to have to learn how to approach your Taurus man in a very different way. He will learn to listen to you and find a middle ground but only if you’re able to talk to him differently.

When you find a way in which works to talk to him and tell him when something is wrong, you’ll find him to be far more responsive. He is caring and loving thus he will want the best for you.

If you’re ready to understand more about how compatible are Taurus man and Cancer woman, check out my brand new Taurus Man and Cancer Woman Love Compatibility Guide, and if you want to catch him and keep him click here to learn more about Taurus Man Secrets.