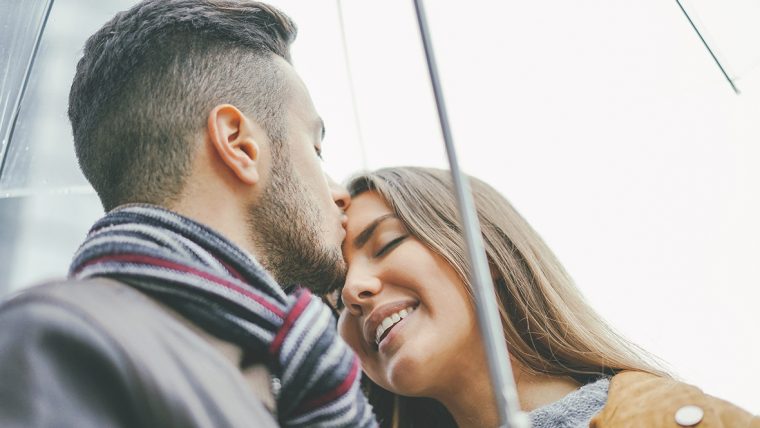 Are you a Pisces woman that is struck by the Taurus love bug? Maybe you’re just eyeballing a particular Taurus who seems too good to be true. Whatever the case may be; here are some important things you may want to know about him.

It would actually be easier to point out what the Taurus man doesn’t like about the Pisces woman that it is giving you the huge list of what he likes about her.

Seriously… this match is amazing! These two are built for each other and are very much the type of couple that has the capacity to make it last forever.

In the beginning, when they spot each other; both are shy and reserved because they are both introverted. Taurus being the man will have to be the one to make the first move or it won’t happen.

Even though they are both a bit shy; once they start talking, they will feel like they’ve always known each other. They will discover how much they have in common and the nervousness will fade.

It won’t take long before they lose all their shyness and start to really have long winded discussions that help them to get to know each other better. 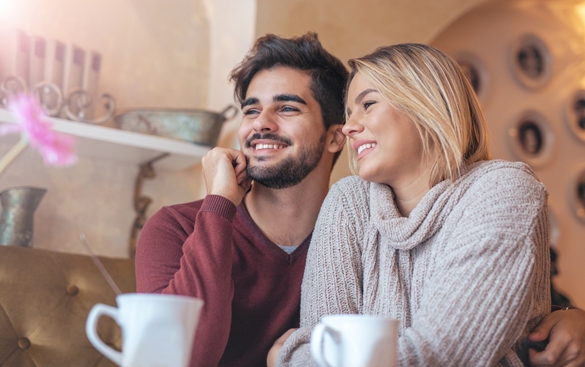 The Taurus man will still want to take his time with getting a relationship started. He may start sooner though with the Pisces girl. She lights a fire in him that no other sign can compare to.

The Pisces woman will have to be careful not to let him go too fast though. If he does; he may regret it later and have self doubt which could lead to him becoming icy or backing out.

It wouldn’t be because of the Pisces woman but self doubt he brings up in himself about whether or not getting involved quickly was a good idea. He carries a guilt complex if he doesn’t do things slowly and methodically.

So the Pisces woman will need to make sure that he keeps his jets cooled and paces himself. She also will have trouble doing this because she’s so into him that it’s hard to pull back.

If the Pisces woman wants it to last; she will need to also pace herself. It’s healthier and will help them deepen their growing bond. It’s likely that even if it hasn’t been declared; he will instantly be loyal to his Pisces.

I say this because many Taurus men are not loyal until they fully commit to someone. However; in his mind; the Pisces woman is the perfect one for him. So even if he takes his time; he already knows he wants her.

That will squash any desire he may have to get to know any other women. The Pisces woman will likely also feel the same about the Taurus guy. It’s like an unsaid loyalty they’ll have toward one another.

Few Cons About This Match

There is very little that these two don’t like about each other. They are in harmony and complement each other. However just like any relationship; there can be some hiccups.

The Pisces woman can be a bit emotional at times and could pull back from her Taurus when she feels uncertain or hurt. This would make the Taurus confused and possibly hurt as well.

The lack of communication could hurt these two if they aren’t careful. Pisces can be quite moody at times and Taurus doesn’t understand this behavior. He will not be very empathetic about it.

This is one of the very few things that could break the two apart. They will have to be openly honest and talk about things so that Taurus can learn to understand where his Pisces lady is coming from.

She will also perhaps need to learn not to be so sensitive to things that her Taurus man says. He can be soft and gentle but he can also say things that sound a bit abrasive or hurtful. He doesn’t mean to, it just comes out that way.

If they do not take the time to really get to know each other, this is one of those things that could break them up. That’s why it’s important for them to take it slow and easy.

Infidelity could break them as well but it’s not very likely to happen between these two once they bond. It’s not impossible but probably not likely. They will be so into each other, they won’t notice others.

Can It Get Any Better? 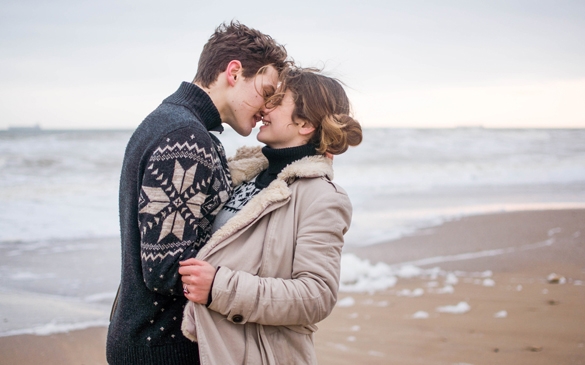 I would say no. These two are pretty well matched. The Pisces woman is beautiful on the inside and out. The Taurus man LOVES beauty and so he will love her greatly.

The Taurus man will provide the Pisces woman with the stability and security that she needs to live. They take amazing care of each other and would make for a wonderful family when or if they decide to have children.

The Pisces woman will make a really empathetic mother and the Taurus man will make a strong father figure. Together, they make a well balanced family happen. Again, there is nothing really bad I can say about these two.

Pisces ladies should be on the lookout for handsome Taurus men. They are the best you can get. There are always exceptions to the rule but if you keep that in mind, you’ll be fine.

When you see the perfect ideal relationship, marriage, or family; it may be a Pisces woman and Taurus man. The only effort they really have to put into the relationship is communication skills.

Otherwise, these two cannot get anymore perfect for one another if they tried. The sex is great, the love is wonderful, and the mixture of these two signs is heavenly.

When they fall in love, they really give it their all and it shows. Looking at the two of them would evoke an “anything is possible with love” response.