Are you a Leo woman who is trying to figure out if a Taurus man will make her roar or not? Well perhaps this article can give you some excellent insight on whether or not he’s worth your prowess or your claws.

Attraction at the beginning

When these two meet, they will probably be fairly attracted to each other. Most Taurus and Leo alike are good looking people who always try to appeal to others as much as they can.

The Leo woman will be quite beautiful and somewhat flashy. This will appeal to the Taurus man. His stature and feel of a real man; make her drawn to him. This would seem the natural order of things.

While they may be taken by one another; there are some things that they do not yet realize about each other. Until they truly get to know one another, they are only looking at the surface.

The surface could create a very sensual experience between the two of them if they are in no hurry to form an actual committed relationship. In other words, if they want to have a fling; there is no issue here. 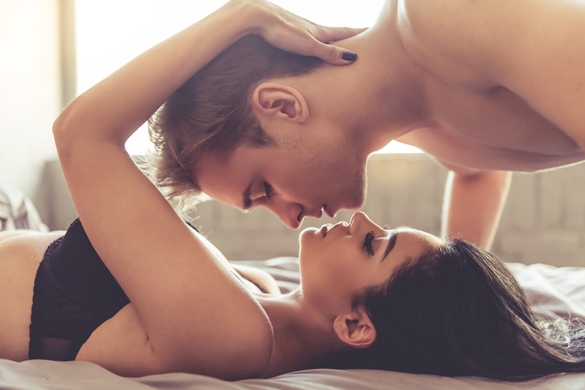 If the two decide to go ahead and find out what it’s like to be together in a physical sense; they are in for a treat. The Taurus man is really incredible with being sensual and loves to please.

The Leo woman will be shocked and in awe of his tenderness and giving. She will undoubtedly want more from him if he’s willing to give it. She will also be very willing to give to him what he would like as well.

The two of them experience a high from each other and will make their intimate experience quite enjoyable as well as memorable. However; if they decide to take the plunge into partnership, this could change.

Over time, the Leo woman’s personality starts to really come out and she may find herself naturally trying to boss him around in the bedroom. Here is where the Taurus man stands up and walks out.

Taurus men do not like to be told what to do. While he doesn’t mind suggestions or ideas; he never wants to be dictated to and this includes the bedroom. He wants to be the man. A Leo woman may not allow him to do this.

Get it while it’s hot!

These two have the capacity to really heat it up. The Leo woman; if she can control herself; can really bring Taurus to pleasure he’s never known before. If she can prevent herself from being bossy; this arrangement could work quite well.

Taurus man will do whatever he has to do to please his partner because it makes him feel like he’s being the man he should be. The Leo woman wants pleasure beyond measure and will give as good as she gets.

Naturally the bull is always the symbol for fertility. Leo’s represent leadership and so naturally these two would want to connect for breeding. In this day and age though; a romp in erotica is also acceptable.

If there is anything that remains consistent and good in the relationship between the Taurus man and Leo woman would be sex. They don’t lack spark and passion between them. It’s the other facets of life that may not be easy to cope with. 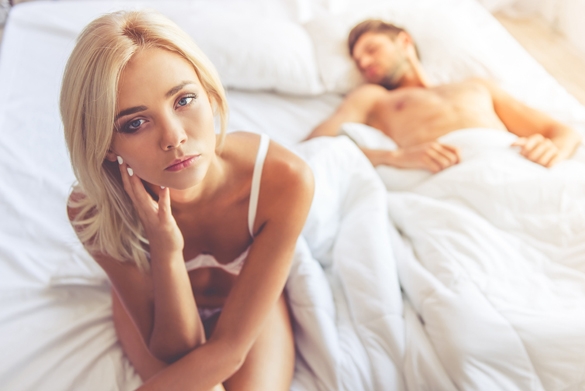 If a Taurus man and Leo woman decide to have more than a physical relationship; they may encounter some problems that may be hard to work out. Taurus will work hard to support his Leo woman.

The Leo woman may get hurt feelings when the Taurus gets mad at spending all the money he’s worked so hard to make. Leo woman wants the best of everything like he is but she’ll actually go out of her way to get it.

Leo could solve this issue by simply making lots of money herself. If she can be more of an equal partner then the love between them can help keep things going. Naturally any sex they have after an argument is going to be off the rails!

Taurus wants stability and Leo wants luxury. You can see where the problem may be if the Leo woman doesn’t hold her own right? There is also the situation of Leo always wanting things to be exciting.

Taurus becomes somewhat boring and monotonous for the Leo woman. He is a slow mover and will not be ready to just dive into a relationship where she may be ready to go after it and make it happen.

Here’s the thing; Taurus man and Leo woman are incredible when it comes to sexual pleasure. In all other areas of their life, they’re actually very different and could have a very hard time making a long term relationship out of it.

It’s not impossible but there has to be quite a bit of compromise and bending in order for either of them to adapt to what is needed in order to make it last. They’re both incredibly stubborn so that may not be an option.

If all they have in common is the bedroom then they would probably be better off just having a fling or being friends with benefits. That way they can be cordial, have amazing sex, and then go about their lives without the trouble.

The Leo woman will crave adventure and exotic trips. Taurus wants to stay home and do his thing. If each is Ok with giving each other space, this could work. However, it’s not very practical.

These two are just not the best match in the book even if they are in bed.

If you’re ready to understand more about how compatible are Taurus man and Leo woman, check out my brand new Taurus Man and Leo Woman Love Compatibility Guide, and if you want to catch him and keep him click here to learn more about Taurus Man Secrets.