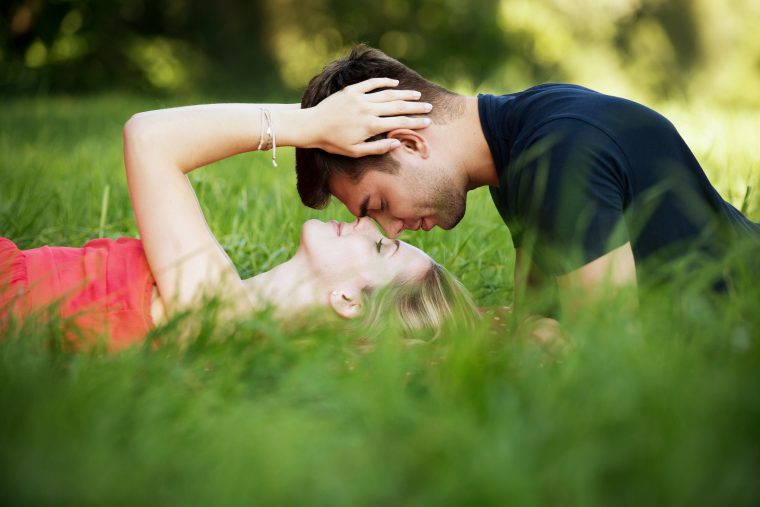 Taurus Man Pisces Woman Love at First Sight: How to Tell for Sure?

Taurus man is someone who has to cultivate time and trust before he can fully admit that he’s in love with someone. He first has to admit it to himself which can take some time as well.

When he’s younger, he may instantly fall in love but could dive in too quickly then regretting it later. He himself doesn’t typically believe in love at first sight as a general rule but that doesn’t mean it doesn’t happen. It can happen!

If a Taurus man falls in love instantly with a  Pisces woman, he will wait before he tells her because he has to make sure that what he is feeling is genuine and not just a crush or lust.

Naturally he’ll be extremely attracted to her without fully know the reason why. This is what causes him to second guess himself and try to take things slowly so he can fortify what he’s feeling.

When you think of “love at first sight” you think in terms of meeting someone for the first time and an instant connection is there. That doesn’t mean he’s going to see her across a room and be in love instantly without talking to her.

Now that we have that established, let’s look further into what signs you can look for as far as the Taurus man being quickly in love with the Pisces woman who is totally irritable.

If you are a Pisces woman, you’ll likely empathically pick up on what this man feels for you right out of the gate. Is it real though or is it just a “beginner’s crush”, that’s what you need to know.

One of the ways you can figure him out is by looking in his eyes when he’s around you or talking to you. He will be very shy and probably will have a hard time even making eye contact.

For some, that would mean he isn’t interested or isn’t trying to form a connection However, with a Taurus man, when he dodges looking you into your eyes is because he’s nervous and shy.

When he really likes you or is in love with you, he will be like a school boy who has fallen in love for the first time which makes him awkward. He may even stumble on his words when he talks to you.

In the event you can get him to look you in the eyes, he’s probably going to look much like a puppy dog pining for his owner to give him a treat. I know that’s a silly comparison but that’s the best description I can give you.

He looks like he’s waiting on his next treat and cannot get enough of spending time with you. Truly, the look or “non look” in a Taurus man’s eyes is a dead giveaway when it comes to his feelings for you.

For a Taurus man, he tends to not invite a woman to meet his friends or family at first. He doesn’t want the woman to be included in his inner circle unless he’s sure he’s in love with her.

If you find that your Taurus man actually has very quickly introduced you to his friends and perhaps even family, this means that he has thrown caution to the wind and is crazy about you.

This could backfire though if he learns you’re not at all what he thought. If you are exactly what he thought then naturally, you both win and love is a “many splendored thing”.

If he’s in love, he may move quicker than he normally would. The trouble is, if the love he feels is the real deal or if it’s a crush. Only time will reveal the answer to that mystery for you Pisces woman.

Just know that if he lets you into his private world, he clearly thinks that he IS in love with you and wants to speed things up. As a Pisces woman, you are empathic enough to know if he’s being authentic or not.

Meeting his friends, co-workers, or family is a very big deal for him. It means he wants you to be part of his world and not just for a short while. He thinks there is a future there between you two.

4. Oh How His Touch Feels

When a Taurus man is in love, he’s very gentle, methodical, and romantic. When he’s in love, this feeling is something that any woman can pick up on whether they are psychic or not.

Pisces lady, you’ll be able to tell immediately by this man’s touch whether or not he’s in love with you or if he’s just into you for other purposes. Trust what your intuition tells you.

There are cases where a Taurus man will want to sleep with a Pisces woman but not get serious because she’s just so yummy to him. However, in speaking of love at first sight, you will know when he grabs your hand what his intention is.

Again, look in his eyes, listen to how he talks to you, wait to see if he introduces you to the people closest to him, and allow your intuition to guide you. His touch is one of no other and is what makes women want to do anything for him.

However, only the woman he loves will be able to feel this energy that emanates from the Taurus man in love. Your knees will buckle and you’ll be willing to do anything he asks.

9 thoughts on “Taurus Man Pisces Woman Love at First Sight: How to Tell for Sure?”