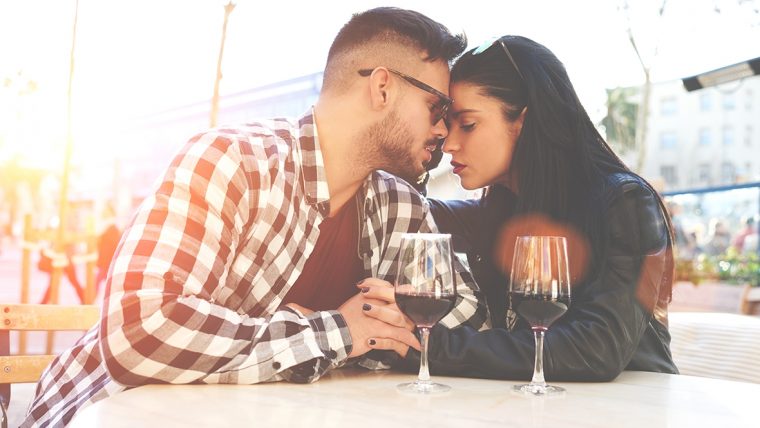 How To Get A Taurus Man To Make The First Move

You’re really drawn to that adorably sizzling hot Taurus guy in the office but cannot seem to work up the nerve to talk to him. Maybe you’re dating a Taurus but he hasn’t physically busted a move yet. Here are some tips on how to get a Taurus man to make the first move, that may help you out.

Taurus men like to take their time. They feel there is no need to hurry. As such it can be rather frustrating when the Taurus man you like or are dating also isn’t in a hurry to be intimate.

The theory about this is that Taurus feels that they shouldn’t have to chase anyone down and that if someone is truly interested in them, they should let them know straight out.

It’s not that their lazy but they want to make sure that they’re not wasting their time chasing someone. Once they are really into you, they don’t mind the chase but until they reach that point; they are slow moving.

If you want your Taurus to be the first to make a move; you’ll have to wait him out. He isn’t going to come forward easily. Again, he doesn’t believe he should have to be the one to do it first.

Pulling back from him a little bit could make him raise a bit more interest and if he thinks he may lose you, he’ll come running to make sure he’s able to secure his relationship with you.

Some Taurus men are also very shy when they like someone so there is that aspect to consider as well. Patience is definitely needed in this case so that he feel secure and safe enough to initiate.

Be Friendly and Sweet 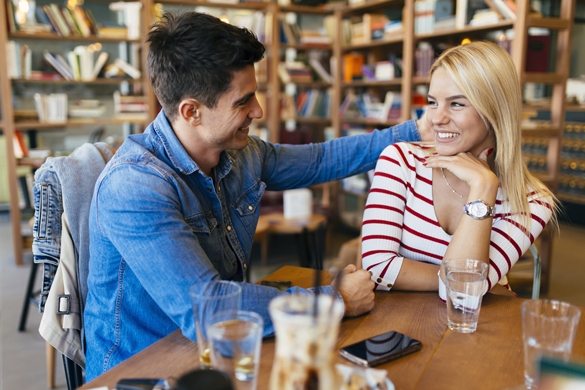 If your Taurus man is the shy type; you may need to actually coax him into believing he is safe and that you like him. Many Taurus men fear rejection and so they don’t go after what they want.

Gently letting him know you like him by brushing his hand with yours or gazing directly into his eyes while talking to him; your body language lets him know that you like him.

By him seeing he has a green light will get this bull to stop being so frigid and start cozying up to you. At this point he may very well respond to you with positive energy and wonderful conversation.

The more comfortable the Taurus becomes around you; the better your chances of him being able to relax enough to make a move. As long as he feels it will be reciprocated then he’s ready to go.

Instead of waiting for him to bust a move; why don’t you go ahead and initiate? Most Taurus men actually prefer this because then they know for sure that you’re into them and this allows them to relax in the process.

Nothing says that they have to be the one to make the first move. In fact, it may be more of a turn on for you to take what you want. It could be something really positive for you both.

With the shy Taurus men; it’s often best to go ahead and just tell them that you’re interested in some way. They will accept it very well and will at that point try to venture on and see what you two can build together.

Whether it’s intimacy or just talking; most Taurus men prefer you being the one to get the ball rolling. Again, they aren’t lazy but they are cautious. Their fear of being hurt or rejected can cause them to sit back and wait on you.

If you don’t mind waiting him out then by all means; go ahead and wait. However if you’d really like to get things brewing; go for it! Be the one who gives him that certain look and grabs his hand to indicate you’re interested.

You could also sneak attack him with a kiss. If you’re already “talking” you could surprise him by leaning in and grabbing that kiss. Trust me; if he likes you then he will respond in a really awesome way!

It’s really going to depend on what type of Taurus you have. If you have a Taurus that seems fearless then you may want to allow him to make the first move whenever he is ready.

Talk to him honestly 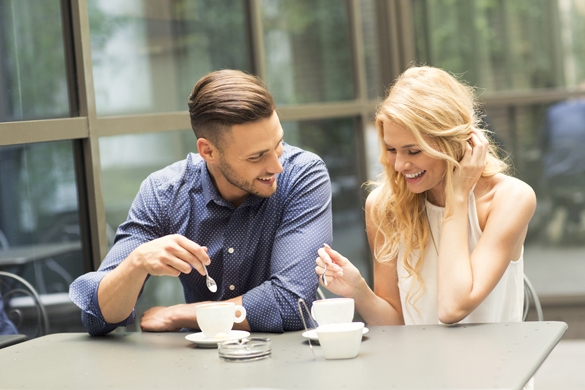 If you have a shy Taurus man then you may want to take gentle care in letting him know that you are indeed interested in seeing where things can go between you. Talk to him and figure out what type he is.

Observing him and how he is around other people may give you some really great hints or clues as to which direction he is with regards to shy or outgoing. Whatever their moon sign could also play a role in their personality.

If you’re lucky enough to figure out what his moon sign is; you’d be ahead of the game in knowing what his needs are. However; most of us do not initially have this information readily available.

The best course of action is to get to know him slowly. Over time you’ll figure out which type he is and you should be able to tell if you can attack him with a kiss or if need to give him clues as to what you feel so he sees it.

Watch his behavior. Watch how he looks at you, how he talks to you, and what he says to you. These could be some useful tactics to use in helping you figure out which method is best in getting to the next level with him.

When all else fails

If you cannot seem to figure out if he’s the shy Taurus or if he’s just not interested Taurus; throw yourself out there and see what you get back. He’ll either make it really clear that he is into you or he’ll back away.

Backing away could indicate no interest or just too shy. Taurus likes honesty and so if you’re honest with him in telling him you like him; he will respond in like and tell you what he wants.

These men aren’t the most intuitive of the bunch. Sometimes they just need a jump start which could mean you need to make the first move.

There is so much more you could learn about the Taurus man in my book. Try taking a look at Taurus Man Secrets could actually help you get more of a handle on this guy’s habits and how you can best proceed with him.