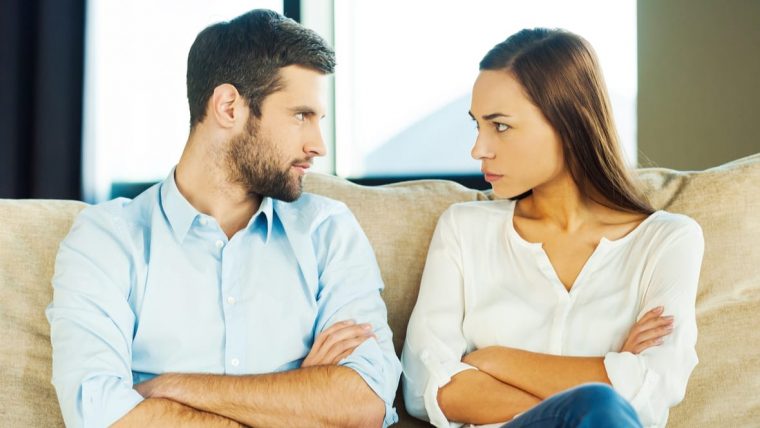 5 Ways To Get A Taurus Man To Open Up

Taurus men are seriously amazing, especially when it comes to dating and be in a relationship with them. They seriously know how to make a woman feel loved and cared about. These gentle souls are kind, nurturing, and very sensual, but dang, sometimes they can be extremely stubborn and shut off.

1. Never Give Him A Reason To Feel Jealous

A Taurus man loves very hard. Relationships are something he takes very seriously, and he doesn’t take it for granted at all. When he’s with someone he’s all in, the only thing is when he’s with a woman, he can get very possessive. He kind of feels like his partner is his property.

But this is only his insecurities speaking, he’s so afraid of losing someone he cares about that he tries to control her, or gets extremely jealous when he feels like he’s giving too much attention to someone else.

If you want him to open up and become emotionally available, do not try to make him jealous under any circumstances. He does not cope well with feelings of jealousy; it makes him feel a little crazy and out of control, and trust me when I say this, you do not want to see this side of him.

For some signs it is good to have them feel pangs of jealousy, but not a Taurus. When he gets jealous he can get nasty, closed off, and very childish and this is the exact opposite of what you want from him.

2. Show Him A Lot Of Affection 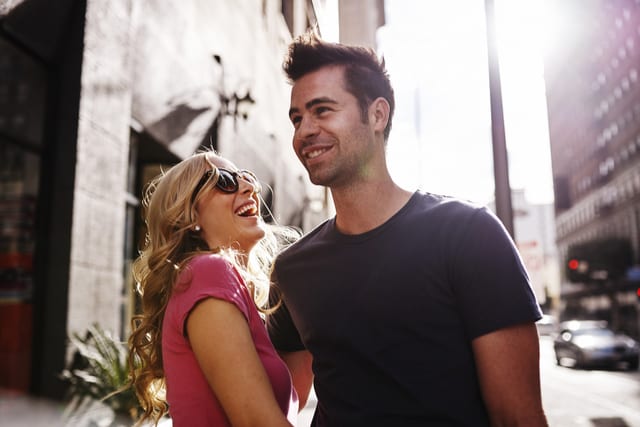 Taurus men are incredibly sensual – they love to touch and be touched. This is definitely their love language. Physical contact is so important for him and he needs quite a bit of affection from his partner to feel loved.

Whenever you can make sure to touch his arm, give him a hug or offer him a massage. Trust me, he’s going to respond super positively to your touch. When a Taurus man feels like he’s getting enough affection, his heart starts to open up.

This is because he feels relaxed and it’s a good sign that you’re into him, because sometimes he can be rather insecure and unsure if a woman is interested in him or not. That is why he keeps such a high wall; he’s afraid of being humiliated through rejection.

So, if you can show him little physical gestures that you like him more than most, he’s guaranteed to be more willing to open up to you emotionally. Honestly, being sensual with him is the way to his heart.

3. Go At His Pace And Be Patient

There is no rushing a Taurus man. He has his own ideas on time, and without a doubt goes at his own pace. If you try to rush him into anything he isn’t ready for, he’s definitely going to shut down and become stubborn. This is the last thing you want!

He likes things to be slow and steady. He plants his seeds and has a lot of patience to watch them grow. A Taurus man really enjoys delayed gratification and doesn’t see the value in things that are too easily come by, and this definitely includes relationships.

If you want him to open up to you emotionally, then you have to be willing to let him warm up to the idea of you. He isn’t the type of guy that likes to jump into a relationship from the moment he meets someone. Actually, he wants to get to know you first.

He doesn’t make crazy, bold and unexpected moves. He’s extremely considered and takes his time making decisions about everything, especially something as important as a relationship. He wants to see that he can trust you and that you tick all his boxes.

But if you push him to move too quickly, he’s just not going to respect you for feeling like you forced him into something he wasn’t ready for. So, make sure to stay patient and go at his pace, and before you know it, he’ll be opening up to you in no time. 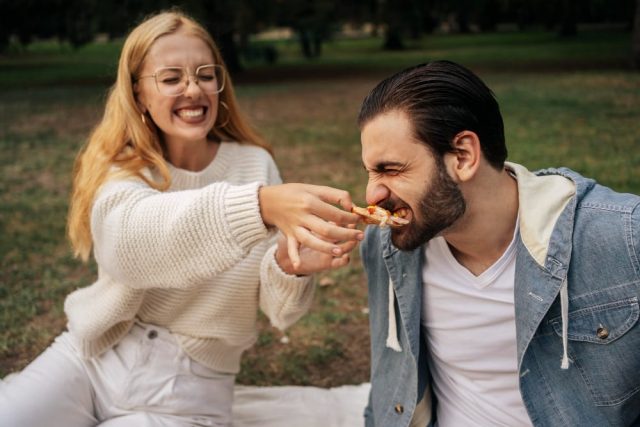 This point is funny, but trust me, the saying “food is the way to a man’s heart” is absolutely not a joke when it comes to a Taurus man. He adores eating, it makes him feel relaxed and that he’s living life!

A Taurus man needs good food, and he needs it regularly. Woo him by taking him to a really nice restaurant and have him choose the meals for both of you. He’ll love being in control as well as impressing you with his knowledge on good feed.

And if you’re a good cook, it’s even better. These guys love a home cooked meal, something hearty and made with love. This is honestly the best way for him to nourish his soul and get him to open up to you emotionally.

If you ever want to talk about something quite serious with a Taurus man, make sure you never do this when he has an empty stomach. He has to be fed in order to feel calm and available to talk about whatever is bothering you.

Honestly, if you ever want something from a Taurus man, just give him a meal and I can guarantee the chances of him saying yes will increase by at least 40%! So never be without a snack when he’s nearby.

One of your Taurus man’s worst qualities is his stubbornness. He simply needs to be right, no matter how wrong he might be. And he’ll argue and argue until everyone agrees with him. When he believes something, he simply needs to convince everyone to feel the same way as him.

And this can be really, really exhausting to keep up with. If you get into an argument or discussion with a Taurus man and you can see it’s going nowhere, sometimes it’s just better for you to admit defeat.

Because trust me, this guy is stubborn and incredibly determined, there’s no way he’s going to back down from what he believes in. If you want to get closer to him and have him open up, it’s best not to challenge him with your beliefs.

This is only going to make him feel like he needs to defend himself, and this is not what you want from him when you want him to open up to you emotionally. Instead, take the high road, and agree to disagree.

Let him have his moment and feel like he has won. He doesn’t always need to know what you’re really feeling.

Taurus men are incredibly simple beings. They’re not fussy, and it’s the small things in life that seem to make them really happy. It takes a while for them to warm up to people, and especially women, that’s just because they fear change quite a bit. Take your time with him.

And starting a new relationship is a really big undertaking. So just be patient with him, and remember he isn’t a guy who is totally open and vulnerable about his feelings in general, so keep an eye on your expectations.

He isn’t the guy who is going to go very deep and intensely into his emotions, instead; he shows his love by being practical and doing stuff for you. When a Taurus man wants to take care of you and help you in some way, then you know he’s fully committed to you.

He’ll do anything for the woman he loves and is probably one of the most loyal and dependable signs out there. If you’re looking for a man who is in it for the long haul, then you have definitely found it with your Taurus guy.

Have you ever dated a Taurus man? How did you get him to open up to you and share his feelings? Do you have any tips I perhaps don’t know about? Please share with me your thoughts in the comment section below. I’m so curious to hear what you have to say!

Are you interested in a Taurus man, but not really sure about the level of compatibility you share with him? Then why not take my quiz to find out more! I have a lot of neat tips for you to woo him over!

And if you feel like you need some private guidance on your relationship, I’ve still got a few spots open for my ‘VIP Consultation’ service that you can book here to get instant clarity and guidance. You can book your private consultation here.

Wishing you so much luck and love.