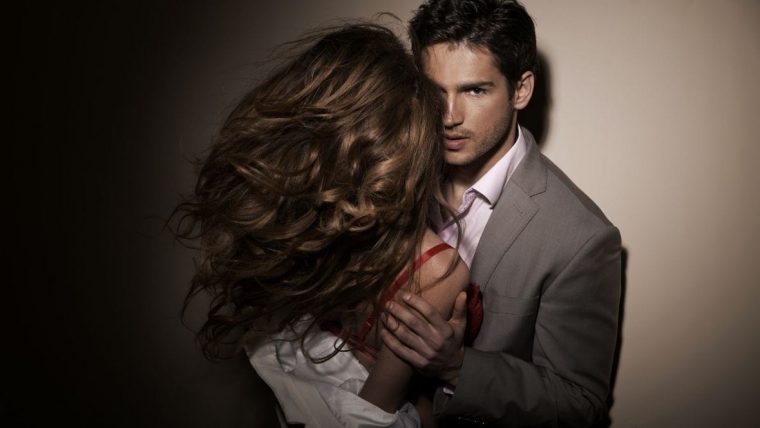 Hello, my beauties – how are you? Majestic and divine, I hope, for we’re about to dive into the June predictions for the Taurus man.

The first week puts the Taurus man in a sensual and hedonistic mood. He’ll cook, wine, dine, and sing for you, girl! And you’re going to love it. Sit back, put your feet up, and let him spoil you.

The next week of June puts the Taurus man in an unsettled state of mind as Venus conjunct Uranus in his first house of self is wreaking havoc. It’s a perfect time for cuddles, documentaries, and binge-watching Netflix series that have to do with traditional love stories.

The third week of June sports a hefty Super Full Moon in Sagittarius in the Taurus man’s eighth house, so his libido will be at an all-time high. Respect that and let it pamper you as you’ve never been pampered before. There’s also a possibility for travel; a vacation on the horizon, to be more specific.

During the last week, dreams, sleeping, and tying loose ends are the main topics. During a New Moon in Cancer, a nature trip is merely possible, but it should really be treated as a requirement. Simmer down and unwind, to sum up your impressions of June…

Sweeten Me Up, Baby

The first week of June will be quite something for the Taurus man, as his ruler – Venus is in Taurus, the sign of her domicile where she feels awesome!

This means that the Taurus man will be caring, loving, and in the mood for hot and steamy love, as well as for cooking and indulging both himself and his loved one(s).

He will be more open to following his instincts and impulses, which is somewhat odd for this fixed and stubborn Bull, but you can thank Jupiter conjunct Mars in Aries in his twelfth house.

His dreams will be action-oriented, and his subconsciousness will make him be more active and braver than he usually is. That is excellent news, for you can now cool off on the “offense” and open up your defenses to let the Taurus man in.

Mercury has let off, too. It moves direct and although still conjunct North Node in Taurus, it is making its way to Gemini and the Taurus man’s second house of body and finances. This means that his earnings and bank account are finally going to be in a thick state so that he may abuse them for his pleasure once again.

The Moon’s transit through Cancer – the sign of his domicile – makes the Taurus man want to visit cozy places and spend some time near the water, so make an event out of it and indulge in the peaceful atmosphere and fresh air together. Who knows what might happen and how (wonderfully) your relationship may progress!

Cuddle Me To Sleep

During the second week of June, the Taurus man can find himself in a more erratic mood, or the circumstances can be completely off the handle, thanks to Venus conjunct Uranus.

If surprises arise, they should be more or less positive ones, because Venus is a very merciful and nice planet. But there are going to be surprises nonetheless, and they are going to affect the Taurus man the most.

This can put him in an overthinking and over-worrying mood. His thoughts and emotions are going to be all over the place, and the only way to deal with this sensory overload is to breathe deep and cuddle. May operation “Cuddle” commence!

Spend as much time as you can in a natural setting, or in a cozy, homey atmosphere in order for your Taurus man to decompress and have his nerves relaxed at least a little bit.

The third week of June kicks off with a Super Full Moon in Sagittarius in the Taurus man’s eighth house, and it’s an understatement to say that the energies are going to be at an all-time high, as well as his libido and worries about finances.

The best way to get rid of all that worrying and overthinking is through physical activity, and what better physical activity than the bedroom, right? It’s a perfect time to let loose and let your kinks and fetishes rise up to the occasion. Just enjoy each other and the hot and heavy atmosphere that’s on the rise thanks to the Sagittarius Full Moon.

During this time, the Taurus man is considering revisiting previous vacation destinations, and it really is a good idea for him to go traveling at this time, as a vacation might be just what he needs in order to clear his head and leave all the stress and mess behind him.

It’s a perfect time to meet up with old friends and to indulge in the simplicity of easy conversation topics and nostalgia.

During the fourth week of June, the Taurus man will have so much going on… First, Venus will conjunct the North Node in his first house of self – this is destiny at work! This means that his love life will reach a culmination and a crowning through a very hedonistic event.

Jewelry, celebrations, and steamy nights are a big possibility during this time. He will also be a lot busier than before, as Mercury moves back into Gemini.

What’s more, he will be sleepy most of the time, and his dreams will be very vivid and emotionally charged, but he won’t have enough time to sleep, so try and work around his schedule in order to make him a happy man when he’s already dead tired.

Towards the end of the fourth week and wrapping up the month of June, we have a New Moon in Cancer. This illuminates the Taurus man’s third house, and thus, a nature trip is possible. Especially if he owns a lake house – chef’s kiss!

It’s a great time to sit, relax, chit-chat, and sum up the previous weeks and entirety of June, to let it all simmer down and you can enjoy the fruits of your labor, both emotional and financial. All is good.

Read next: How To Have A Healthy Relationship With A Taurus Man

The Taurus man will have a very bombastic and active June. There’s going to be a lot of enjoyment, but also a lot of growth. His dreams (and fears, thus overthinking and worrying) are going to get the best of him, so he’ll need a lot of unwinding and sleeping time.

The Venus and Uranus, and then the Venus and the North Node conjunctions are bound to make a big fuss out of his personal life and even a possible identity crisis. There are going to be a lot of unexpected and karmic events taking place in June for the Taurus man.

He should be allowed to indulge himself (and you) in hedonistic charms and behaviors in order to balance out all the stressful things and events.

Your Taurus guy will be more open to admitting and talking about his true feelings during the end of the third week and the beginning of the fourth week of June, and things might culminate (on an emotional scale) during the New Moon in Cancer toward the end of the month.

If you would love to know more and lay some fears of your assumptions to rest, find me here and book your own personal reading with me.

Until next time, my darlings!