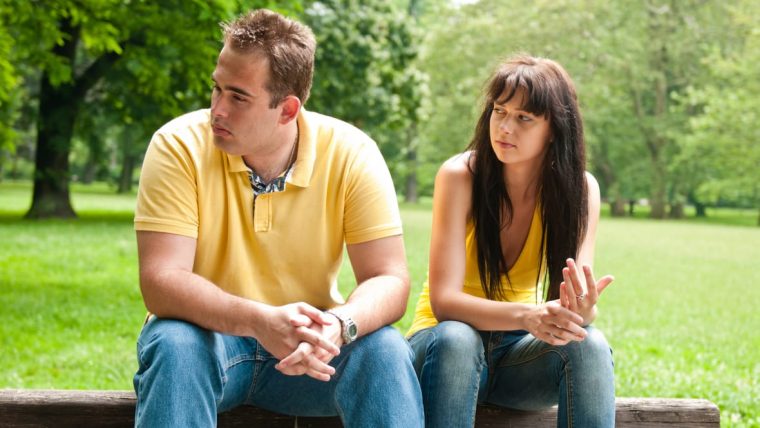 5 Mistakes You Should Avoid When Taurus Man Is Pulling Away

Is your Taurus man distancing himself from you, and you don’t know what to do? These time-tested tips based on relationship astrology will help you figure out exactly how to turn it around.

It’s a question I hear often: “What should I do when my Taurus man starts to pull away from me?” The first thing I want you to know is that he may actually not be over you but just temporarily focused on solving another problem that has nothing to do with your relationship!

A Taurus man has a one-track mind—just like a bull looking at that red flag—and they don’t multitask well. The very first thing you need to do is stop panicking and ask him what is going on in his life without hurling accusations or being negative.

You don’t want to assume he has lost his interest in you. It’s part of his personality to go through hot and cold spells due to his sensitive and caring nature. Let me explain.

Know What a Taurus Prides Himself In

A Taurus builds his sense of identity around being reliable. That means he needs to be there when their friends and family are going through a crisis.

Tauruses never want to put someone else’s life drama out there, so that’s one reason they don’t always explain their distraction. Think about it—would you divulge a family member’s drama? Probably not if you want to protect them.

A Taurus also has a strong need to nurture others, and if someone asks him for help, he really can’t deny them assistance. He will help a stranger mend a broken fence or travel hours just to help someone solve a problem.

And he’ll never do it halfway. He prides himself in making sure a problem is fixed for good, even if that means five trips to the hardware store. This personality trait can be quite time-consuming.

It could very well be that he’s not losing interest—he’s just being himself and thinking you and he are just fine. Now we need to talk about what you shouldn’t do that could push him away if you’re anxious about his behavior.

Behaviors a Taurus Will Run Away From

It’s no secret a Bull can be stubborn. You must keep this in mind when you’re dealing with any situation between the two of you.

If he is pulling away, your instinct might be to pressure him to hang out with you or talk, but that will only trigger his obstinance. He can’t handle feeling like you’re trying to control him.

A Taurus needs, more than anything, to feel like he has dominion over his decisions. That means he gets to choose how he thinks, how he feels, and when he does what. If you try to rein him in too much, he’ll head for the hills.

If you want to hang out but he feels he needs to tackle another project or help a friend, don’t take it personally. Being a dependable neighbor, friend, son, brother, etc., is deeply important to him.

Instead of trying to make the relationship happen on your terms, realize that there’s a reason you fell in love with him, and try to trust in your bond. If he is like most Taurus men, he’s a catch for someone wanting a real romantic gentleman.

These five behaviors will send your Bull running:

Is Your Taurus Man Pulling Away? Don’t Make These 5 Mistakes!

1. Blaming Him For Your Problems

Ladies, don’t tell him it is his fault that you spent all night awake worrying about your relationship. Don’t blame him for your feelings or mood. Remember how I said you might be jumping to conclusions about why he has been distant? If there is something bothering him, be patient and listen to why he may be unsure about things. Show him respect—he is very big on respectful communication.

2. Trying to Force Him to Come Back

If you are feeling lonely, it’s OK to suggest a plan to get together, but don’t demand that he drop everything to come and make you feel better. First, address your assumptions and then find a time to calmly discuss how he is feeling about the two of you or what else is going on in his life.

3. Texting and Calling Him Incessantly

If he is in the middle of a project, he may not be able to answer you right away, and if you bombard him with messages, it might give him the impression that you’re not stable. He craves level-headedness, so just allow him time to respond without haranguing him. And when you do communicate, keep it calm, collected, and positive without making him feel pressured to call you.

4. Trying to Make Him Jealous

It’s easy to fall into the trap of trying to get your Taurus man’s attention with jealousy. You might think if you go out with someone else, it will make him realize what he could lose. This is never a good idea because your Taurus man needs to be able to trust you. You do not want to push that button, my friend.

5. Talking About Him Online

Avoid posting about your emotions online—if you do, it may haunt you when things turn around and he remembers feeling disrespected. Taurus is big on feeling valued, and if he has been spoken about in a negative manner, he won’t soon forget it. His self-esteem is fragile, so don’t say or post something you might regret later, even if you’re upset now.

A Few More Things to Give You Peace of Mind

A Taurus is deliberate in everything he does. He doesn’t rush or cram a million things into the day. He takes his time, and he is thorough.

That means you may think he’s being distant when he’s just taking care of business at his natural pace. You may be used to more fast-paced people, but your Bull might not realize you’re not used to his speed.

A Taurus is a man of his word. If he has told you things are fine, take his word for it. He is a romantic at heart and seeks long-term companionship, so if he is not by your side at all times, give him the benefit of the doubt that he is still just as committed.

Remember celebrity Taurus Enrique Iglesias? What were his songs about? Not money or himself—they were about love! When you start getting anxious, remember, your Taurus man’s feelings run deep, and he is probably even more of a hopeless romantic than you are.

What If He Really Is Losing Interest? 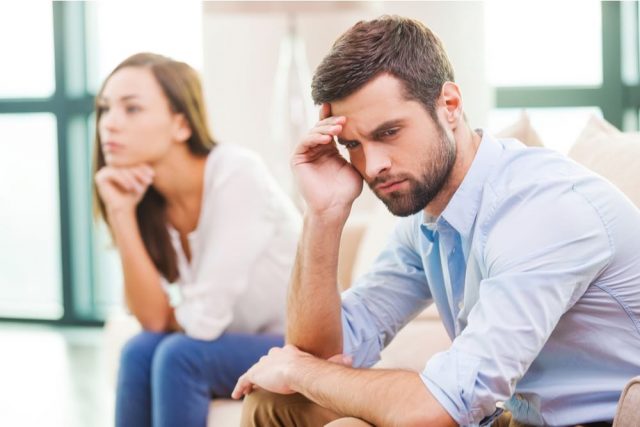 Maybe your Taurus man isn’t a typical Bull. Maybe you’re sitting there scratching your head, pretty positive he is actually pulling away.

We are influenced by all aspects of our birth charts, and he may have other traits that are strongly influencing his personality apart from his sun sign. Take a look at his chart or get some advice on how to interpret it if you suspect this is the case.

For example, if he rushed into your relationship and has never been very reliable, he probably has other elements affecting his chart that will help you understand him. The more you understand his unique astrological blueprint, the easier it will be to get along with your Taurus man.

Read next: 5 Ways to Show a Taurus Man You’re Interested Without Pushing Him Away

My Final Words of Advice

Take a step back, breathe, and don’t assume that your Taurus man has any idea that you’re all worked up and worried! He truly might just be digging into a new project as he tends to do.

He can be a bit absent-minded that way. If you speak openly and calmly, he will let you know where he stands, but if you’re emotional and not direct, he won’t understand why. Remember: he’s not a mind-reader!

If you’re someone that likes your man to check in with you once a day, let him know. He may not know how to best support you, and you can’t expect him to act like someone else did in the past. Make it clear what will help you feel safe and secure in the relationship and ask what you can do to make him feel the same way.

Having calm conversations like this might take time because he may want to think it over, so to salvage your relationship, be patient with your loyal Taurus man. The more you read about this sign, the easier it will be to understand how he behaves. Please read my guide to understanding your Taurus man, Taurus Man Secrets.

Is he right for you? Find your current compatibility score with my free love compatibility test. Please share if you’ve put this advice into action and how it worked for you in the comments below!