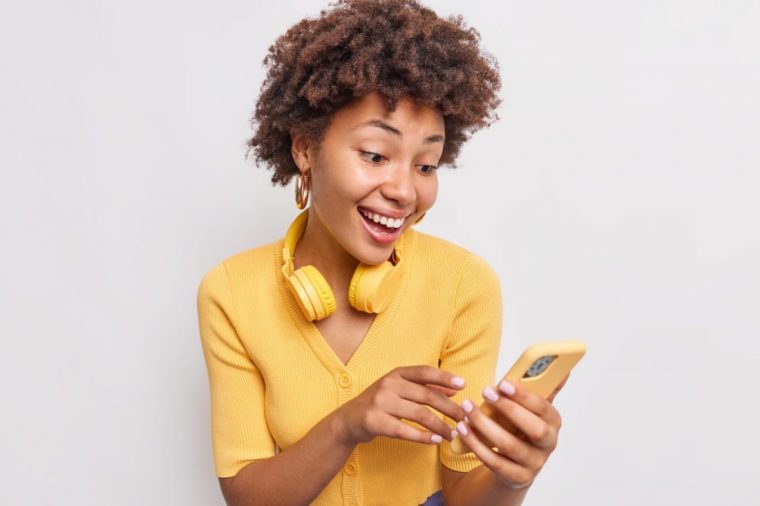 I love Taurus men! Some of you might know that I actually married one. They are super down-to-earth and very sensual lovers. The best of the best in my opinion, of course. But, if you’re in the texting or getting to know each other phase with a Taurus, how can you tell that he likes you?

Taurus men are very calm creatures. They take things at their own pace and you can never rush him into anything. He does what he wants when he feels like he is ready for it. Don’t expect overly dramatic exhibits of affection from a Taurus man.

He is just too lowkey for that. A Taurus man is subtle with his affections, especially when it comes to text. He is a physical person, so he much prefers one-on-one in-person interactions. Some Taurus men aren’t that keen on texting, and others are, this all depends on his Mercury placement.

If you know his chart and his Mercury is in either Aries or Gemini then you might have a chatterbox in your midst. But if he has Mercury in Taurus, then he might be a lot more subdued and laid back when it comes to his texting style.

Like all things in Astrology, it depends on the person and their chart. This is why knowing the full picture is so important when it comes to analyzing your prospective partner. But that is for another day. Let’s look for the signs a Taurus man likes your through text, in general.

1. He Texts You First

A Taurus man is very slow to wake and make his first move. He is quite a cautious man and only makes a move when he is certain that his feelings are reciprocated. There is nothing worse for him than trying to make a move and then being instantly rejected.

So, when a Taurus man texts you first and out of the blue, you can with certainty know that you fit the bill and he is very into you. This means he is really going out on a limb and putting his heart on the line.

It takes a lot for a Taurus man to take a risk and make a move. So having him text you first is a really fantastic sign that he simply can’t get you off of his mind. Don’t hide those giddy feelings, because I know how exhilarating it feels when a Taurus man finds you to be special.

2. He Sends You A Selfie 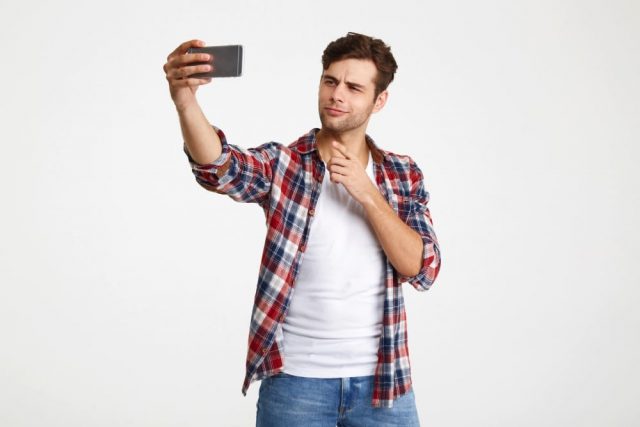 Did you know that Taurus is ruled by the planet, Venus? Venus is the planet of romance, love, pleasure, and beauty. This means even though your Taurus man has such a laid-back and down-to-earth Sun sign, there is still a bit of vanity pumping through his veins.

When a Taurus man sends you a picture of himself, he more than likely thinks he looks good and wants you to affirm this for him. Remember, he isn’t much of a risk-taker, so him sending you a selfie is a big deal.

He wouldn’t do this if he wasn’t certain that you might have feelings for him. So do your best to tell him he looks good because he clearly wants to hear this from you. You can always respond with a cheeky selfie of your own, and see where things go from there.

3. He Sends You Cute Or Funny Pictures/Videos

Your Taurus guy has quite a spunky sense of humor. He enjoys a good joke and having a good laugh about things. His sense of humor is also often a little dark and racy as well. You will definitely know he likes you if he sends you funny messages.

This means he associates you with positive feelings and wants to make you laugh as well. It is really important for a Taurus man to know that the woman in his life has a good sense of humor and can laugh at the world.

You can get the ball rolling by sending him something funny or cute he might appreciate. And then wait and see how he responds, but I am pretty sure he will appreciate it. The big thing to remember with your Taurus guy is that he is a simple creature.

He doesn’t like too much conflict and drama. So, if the two of you can keep things light and easy when you first start dating, it will mean that your Taurus man will be a lot more likely to open up his heart to you and become more serious in the relationship.

4. He Asks You About Your Day 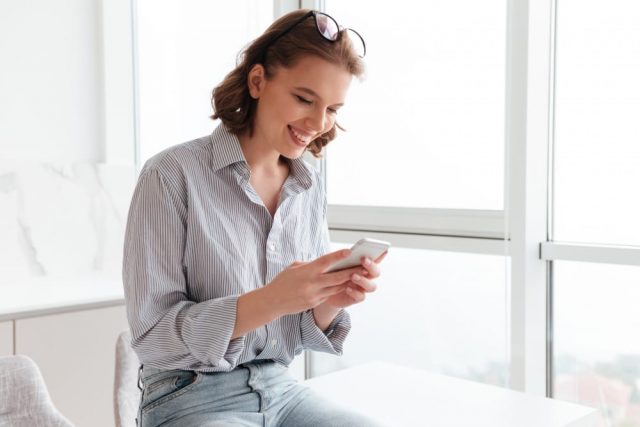 Your Taurus guy is very practical by nature. He isn’t the type of guy to make grand emotional gestures of his feelings for you, but he does enjoy being of practical help to you. If a Taurus man asks you how your day went then you are definitely in his good books.

This means he truly cares about you and wants to see you happy and healthy. If something might have gone wrong throughout your day, he is the type of guy who would gladly jump in and try to help you in some way.

One of the best ways to get closer to a Taurus man is to get him to help you with something. These men really enjoy having a purpose and being able to assist someone when they need him. He enjoys being of service and offering a helping hand.

5. He Asks To Spend Time With You

If you’re a big texter then you will be really disappointed by being with a Taurus man. This guy isn’t a man of many words, but he really does like to connect in person and do activities with the woman he is interested in.

If he asks you to do something by suggesting coffee or going for a walk it means he really likes you and wants to spend his precious time with you. A Taurus man is a planner. He likes to know what he is going to do well in advance.

So, when he schedules time to spend with you it means that he is very interested in getting to know you better and wants to be closer to you. He is all about one-on-one interactions and really values deep connection with people and he can’t see how it is possible to form this type of connection with someone over text.

Remember he is such a physical being, so he really does need human interaction to know if he really likes someone or doesn’t. So, make the move from texting to in-person meet-ups as soon as possible.

6. He Sends You Risqué Texts

Your Taurus man being an Earth sign means he is incredibly physical. He loves anything to do with the senses. He loves to touch and wants to be touched as often as possible. This means he has sex on the brain rather frequently.

When a Taurus man can’t be with you physically in the moment, he will often revert to sexting. He actually just likes to talk about sex in general. Sometimes he will want to do full-on sexting and other times he’ll just ask you out about your sexual preferences.

You’ll notice he is a lot more engaging when the two of you do text about sex. Don’t think of him as a scumbag though. He just really enjoys talking about anything sex-related. It really turns him on and it gives him a good idea to see if the woman he is talking to is sexually compatible with him, even before doing the deed.

Read next: 5 Things That Kill A Taurus Man’s Desire For You

A Taurus man isn’t a very complicated person. He makes his feelings known when it feels right for him. This guy doesn’t rush into anything and moves according to his own pace. He isn’t a big texter, so it can be hard to read between the lines and know exactly how he feels.

But don’t let this deter you. Give your Taurus man time because it takes him a while to open up to the idea of letting someone new into his life. Your best course of action is just to stay cool, calm, and collected.

Never pressure him into anything, and make sure to never rush him. There is nothing that annoys him more than being pushed into something he doesn’t feel ready for. If you need a lot of constant communication and texting from your man, a Taurus guy is probably not the one for you. He isn’t going to change anytime soon. All you can do is let it flow and see what happens!

Decide to choose your Taurus man today. Claim him! Tell him you want to get to know him better. Suggest calling or texting you. He will if he really likes you too!

However, although he might be showing the signs he likes you, you could ruin it completely if you commit some of the 3 biggest mistakes when texting a Taurus guy. I advise you to learn more about these, before it’s too late!

Communicating with a love interest is a very delicate dance (and so much trickier to do over text!) and all it takes is one wrong message to send him walking the other way…

Just to be safe – you need to check out the three big texting “no-no”s you should avoid, before you make a mistake that leaves you on read!

Find out right here how to avoid the biggest texting mistakes with a Taurus man.

Wishing you lots of luck and love on your journey.