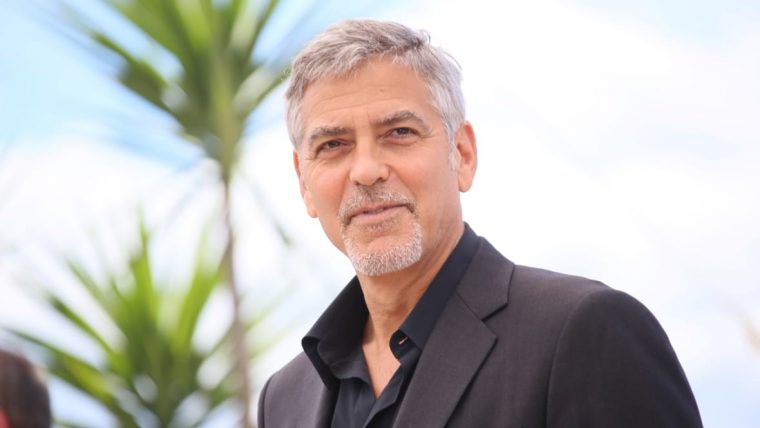 The sign of the Bull is home to a colorful cast of both classically masculine and creative fellas, all seemingly different. But look a little closer, and you’ll see the classic Taurus traits shining through! Here are four celebrity Taurus gentlemen—from athletes to artists—that we just can’t get enough of.

Hunky humanitarian George Clooney is at the top of the list for a reason. His big Taurus energy has won him nicknames like The Last Movie Star and The Last American Man. People around him—friends and colleagues alike—call him a throwback.

What kind of house does this Bull like to keep? Well, he’s got a few, like most movie stars, but his headquarters is vintage Hollywood celeb Clark Gable’s house, decorated in dark wood and luxurious leathers. A true man-cave—the Taurus dream!

Like many Tauruses, he loves to collect. His home is filled with Rat Pack memorabilia and framed neckties of iconic men like JFK.

Never one to scrimp, he keeps his large assortment of top-shelf liquors out where you can see them.

A real guys’ guy, he’s said to have a strong handshake, and he respects other actors in Hollywood for “being real” and “having come from somewhere.”

In typical Bull fashion, he has said that he likes to leave nothing to chance.

He really is a classy angel—he once said he worried about becoming a more outspoken environmentalist only because he doesn’t always walk the walk.

The woman who eventually captured this Bull’s heart was not a splashy starlet but Amal Alamuddin, a beautiful human-rights lawyer with whom he started a global justice foundation (she’s an Aquarius, if you were curious).

He insisted on putting off family for a career because he didn’t want to deprive them of attention.

As for his very Taurean relationship to money, he has repeatedly asserted that he doesn’t need any more of it but will always find a way to make some if he really needs to!

Some other Bull-typical traits? He generously bought his assistant a truck when her old one started to look shabby. Very tactile, he likes to pen letters and hand-write scripts, and as a master griller, says he makes a mean lamb chop. He’s easygoing and has good relationships with his exes. He loves dogs and once owned a potbellied pig named Max!

“[People] think of my life in terms of certain excesses that don’t really exist,” he has said. “Things are actually fairly simple.” And how about this for Taurean simplicity? He thinks fart jokes are the funniest kinds. “Even the idea of a fart makes me laugh.”

Once best-known for his role as Edward Cullen in Twilight, Robert Pattinson is an English actor, model, and sometime musician—a Taurus trifecta!

Pattinson’s acting career has taken off, although this humble Bull insists he doesn’t know what he’s doing. “I only know how to play scenes, like, three ways,” he recently asserted in an interview.

He’s a self-described method actor through and through—and this approach makes perfect sense for a Taurus, who prefers the concrete to the abstract any day! “Because I don’t really know how to act, I kind of wanted to somehow make it real, and one of the ways [to] make that a little bit easier is if you shake up your physical state just before action.”

He’s got the signature consistency of his sign, saying that his style and music tastes haven’t changed since his teens, and he was once observed by a Guardian interviewer to be “wholeheartedly committed to the concept of his ordinariness.”

He’s incredibly driven, with colossal Taurean work ethic, and he would much rather be working, even when it means turning into a hermit. The fame he won from the Twilight series shook this shy Bull!

Next up is the role of Batman—by now one of the most consistent character fixtures in Hollywood.

When asked why he finds Batman interesting, he replied that it’s because Batman doesn’t have any superpowers. Typical Taurus, to be impressed by humble sincerity. Or is it because Bruce Wayne is rich? Either way works for this sign!

Straightforward and generous, Pattinson has said that his greatest gift is not acting but rather his great taste in people who can push him to be better.

Like many of the Tauruses you’ll find on this list, he’s charitable, too—he’s an ambassador to a foundation to help orphans and vulnerable children, and he’s active with other child-welfare organizations.

And when it comes to his split with Kristen Stewart, yes—this Taurus romantic is still heartbroken.

Not only is this fellow Bull a philanthropist, granting more than 500 wishes through the Make-A-Wish Foundation, but he’s also stated that he does not want his career to make him an absentee parent. And at the end of the day, this Taurus likes to unwind with a deep, full-bodied red, especially any Cabernet blend, while playing a little “Rat-Packy lounge stuff” on the piano.

Really, they should hang out if they haven’t already!

He’s been taking piano lessons for a while and loves classical as well as the blues, in particular Ray Charles. Some comfortable, time-tested Taurus tastes!

He’s also been taking Mandarin lessons, and why? Because he wants to do more business in China, and he believes that “taking the time to learn the language and culture of someone you want to partner up with [is] a very solid gesture.”

Like a true Venusian, he has said that he adores Victorian architecture—“the ornate presentation… the overdoing of everything.” So it’s no surprise, he’s a commitment-minded romantic, as well, once gushing a heartfelt monologue to the Today Show about his ex-fiancée Nikki Bella: “I love her. I want to be with her. I want to make her my wife. I want to be the father of her children. I just want us to work.”

Many Tauruses are known for their fashion sense and clothes-horse vibes, and the wrestler-slash-actor-slash-rapper is no exception. Cena loves jean shorts (you know, jorts) but also collects fancy suits. “Style and fashion is all about confidence,” he said to GQ, “and a nice suit is where I keep my confidence level.”

Indeed, John Cena’s primary mode of communication is with his body, as is the case with many Bulls. When he was slated to work with fellow body-artist Jackie Chan, he gushed, “He is the guy when it comes to telling physical stories.”

Cena is known among his peers for his very strong work ethic and his spot on the list of the best professional wrestlers of all time (a solidly Taurean career path). “I always believe that you can progress, and you can get better,” he said in a recent interview.

Unlike other celebrities, he likes to put his truest face forward and does this by directly managing all his own social media accounts.

And I saved the most perfect Taurus trait for last—Cena even voiced the gentle, peace-loving bull Ferdinand in the new animated version of the classic kids’ book!

Read next: Taurus Man Likes and Dislikes When It Comes to Women

This famous fashion plate has Taurus written all over him. Masculine, athletic, and down-to-earth, this handsome heartthrob is a devoted dad and common-sense businessman.

When asked by The Guardian how he wanted to be remembered after he retires from soccer, he replied simply, “I just want people to see me as a hardworking footballer, someone that’s passionate about the game, someone [that’s] given everything I have, because that’s how I feel.”

He often sounds like a broken record when it comes to questions about his work ethic: “I always want to work hard.” “As I say, I always have done; I always want to win.” “I have always been ambitious in everything I do.”

He idolizes famous athletes like Magic Johnson and Michael Jordan, and he’s said that what’s most impressed him is their ability to “build things properly.”

Those close to him insist that he’s mellow and fame-averse, even though his image is splashed all over the world. He’s self-described as shy, quiet, and stoic and has rejected acting offers because he says he’s “too stiff”—a worry he also shares with our number 2 guy, Robert Pattinson!

His eyewear brand—surprise, surprise—is directly inspired by classic icons such as Paul Newman and Steve McQueen.

What about his relationship with his equally famous wife, Posh Spice? He proposed to her in a restaurant—how very Bullish of him!—and they’ve been together over 20 years. He even has her name and their children’s tattooed on his body.

What many don’t know is that Beckham was diagnosed with OCD, and in a somewhat Taurean way too! He likes to have “everything in a straight line.”

What’s Beckham’s secret to glory? He gives a textbook Taurus answer: “Work hard, be passionate, take care of your family. End of [story].”

I hope you enjoyed this fact-filled frolic through this handful of Bulls we love, whether they’re helping kids all over the world or inspiring the masses with their style!

Tell us in the comments about your favorite Taurus men—Tony Hawk, David Byrne, Wes Anderson, Al Pacino, Shakespeare, and Stephen Colbert are a few more celeb examples! And are you perhaps an Aquarius gal curious about attracting a George Clooney of your own? Take my fun compatibility quiz here: https://annakovach.com/quiz/