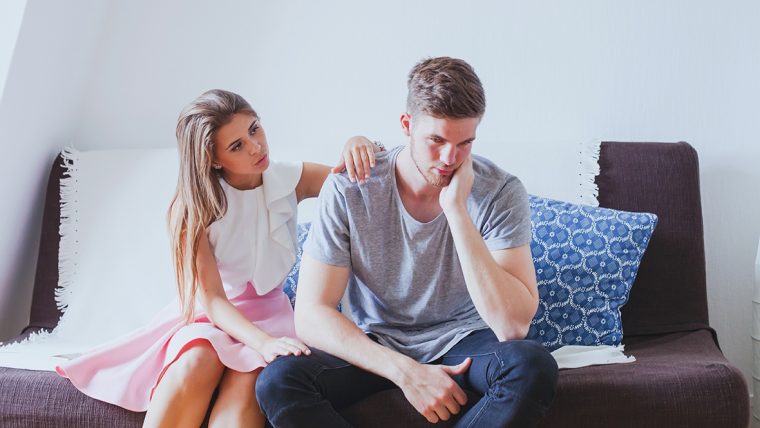 Main Reasons A Taurus Man Is Mad At You — What To Do?

Did you make a Taurus man angry and now he’s giving you the silent treatment? Did you do something you know that he will be really upset about and are afraid to tell him? Here is some information on how Taurus man think and feel.

Whether or not a Taurus man will forgive you is really going to depend on what it is that has him so upset. Communicating correctly plays a huge role. If you’ve said something in a bad way; this could cause him to get upset but can forgive.

However; if you’ve lied to him or told him something really upsetting that will cause his life to change abruptly; he may be very pressed in forgiving you. In fact, he may not be able to.

First and foremost, Taurus always wants the truth from you even if it’s not a truth he likes. Secondly if you make some kind of major change without talking to him; he will be non receptive.

So again, it depends on what you’ve said to him and what set him off. A lie is nearly unforgivable but even with a lie; it will depend on the severity of what the matter is you fabricated.

Be prepared for him to give you the silent treatment for awhile. He will want to go cool off and think about things for awhile. If it was something mild, he will return and tell you that you’ll have to prove to him you won’t do it again.

Taurus men do not like to hear “I’m sorry” because those are just words. They want to see and know that you will absolutely not take that road again. This will take time to prove it but if you have the patience; it may work. 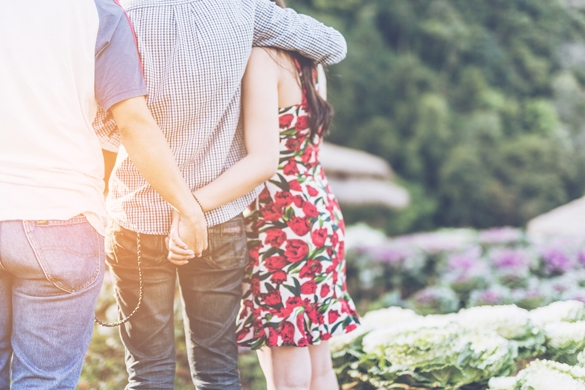 If you have done the dirty deed of being unfaithful; good luck. Taurus does not respond well to this at all. He is already jealous and somewhat possessive. As such; you are his and if you break that trust; you’re gone.

He will ice you out fairly quickly and you can bet that there is no going back and fixing things. There is no second chance and no hope for him to ever get past it. This is his one area of inflexibility.

He is loyal when he’s fully committed and expects you to be the same way. If you cannot do this then you’re with the wrong guy. A Taurus man will not accept you sleeping with anyone else or giving anyone else your love.

It doesn’t matter what your reason is; it’s unacceptable for him. He will not be forgiving you. It’s highly likely he will carry this grudge around his entire life span and think of you regretfully.

Not being there for him

Taurus men require lots of security and stability. If you aren’t able to provide this for him, he will become frustrated and possibly at times angry. However, this isn’t an unforgivable sin in his book if it’s something you can work at.

If you’re able to really talk about things and allow him to let you know what he needs from you; you may still be able to keep him. He may also forgive you for your misdeeds of not being there for him.

In the case of you not being able to be the provider of the stability he seeks, it may be a good time to fess up and move on. Otherwise, he’ll feel you’ve wasted his time and THAT is always unforgivable.

You’ll need to really think about this before you make your choice but be warned that one way could earn you forgiveness and the other may earn you a forever cast out status. It’s up to you. 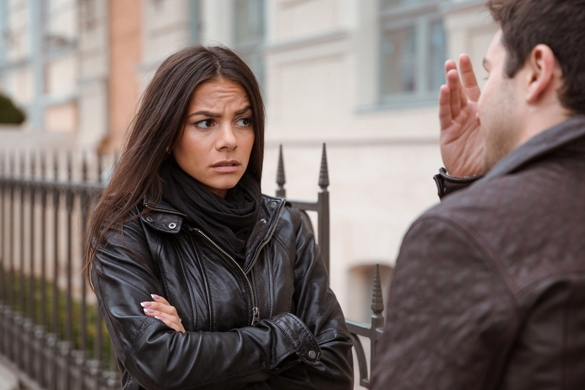 It actually takes a lot to push a Taurus’ button for most things in life. He’s tolerant and has much patience with lots of things. Though he may be jealous at times and a bit controlling; he’s otherwise a rock.

As long as you’re faithful to him and tell him the truth; it’s hard to really get him to a point that he would be so angry with you that he cannot forgive you. Think about it; it would be hard to push a huge bull over a line right?

Think about your Taurus as that huge bull that is hard to push over the wrong line. He’ll be a rock of stability for you but there are things that get to him and can hurt him in ways you cannot even imagine.

If you slight his family in some way; he may become very angry but it’s not an unforgivable sin. If you say something horrible that you cannot take back about them though; he may not be quite so ready to let it go.

He wants everyone in his family to be able to get along. Intervening in his relationship with his family would be grounds of dismissal and stone walling. This man feels deeply about his family.

Loving him; you must either accept his family or don’t say anything. That would mean you not mentioning that his family isn’t your cup of tea. Could you live with it though?

If he knew you didn’t like his family; it may hurt him deeply or disturb him to the point of re-evaluating his relationship with you. Anyone who isn’t willing to try to get along with those he loves most; may not last.

This is a man that will go above and beyond to make sure that the ones he loves are well taken care of. If you intrude on that or become a problem, you can bet he will likely let you go.

Even if he really loves you; he will never sacrifice everyone else he loves just for you. You will need to decide if this is something that you can deal with going forward with your Taurus.

Saying something in the heat of the moment may be forgiven but if you say something to pick or hurt him; he will not be able to let it ride. He will likely shun you or let you go.

Taurus men can be picky but they know what they want. If you read my book; you can take a really good look at how this man lives. Taurus Men Secrets should help to open your eyes to what a Taurus man has to offer if you should decide to let him into your heart.

Complicated Situation? Claim Your FREE Copy of My ’30 Dirty Little Secrets About Your Taurus Man’

One thought on “Main Reasons A Taurus Man Is Mad At You — What To Do?”