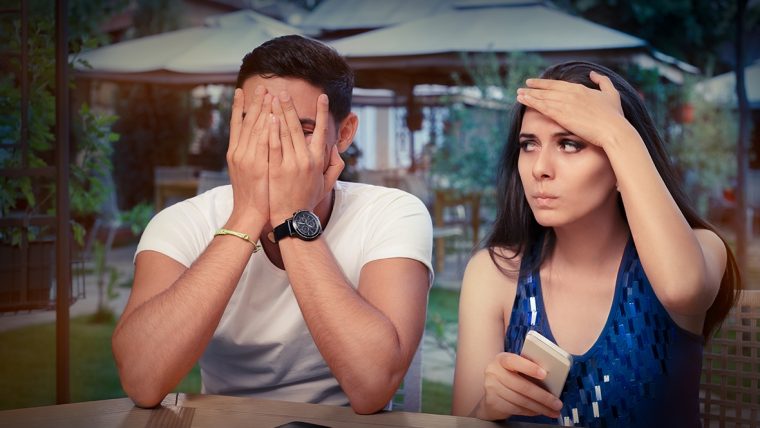 How To Know If A Taurus Man Does Not Like You

Are you confused on whether or not the Taurus man you like is playing hard to get or is just plain not interested in you? I have some suggestions that could help you to make some headway on this situation.

When a Taurus is not interested in you or flat out doesn’t like you; he’ll act as though you do not exist. Literally he could walk by and not even notice you sitting there.

You may wonder if he’s doing that on purpose but most of the time he isn’t. He’s just really not paying you any attention and doesn’t notice your existence. Strange I know but that’s how they are.

Now if he doesn’t like you because you’ve done something to make him ice you out; you can expect that he will avoid you like the plague. He will not want any chance of confrontation.

It’s the matter of being able to know the difference in if he is upset with you or if he just doesn’t “see” you. 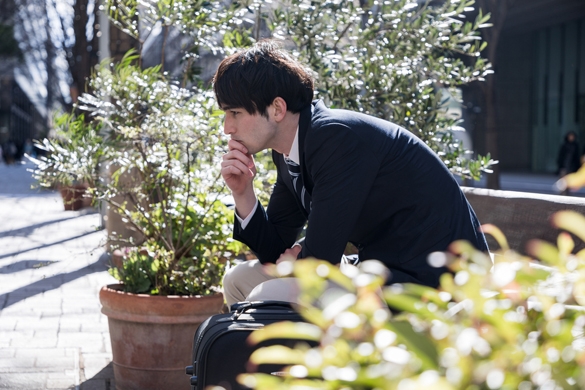 In most cases, Taurus doesn’t like to waste time with people they feel may not be good for their lives. Even if he thinks you’re attractive; if he feels you probably wouldn’t be a good match then he will not bother.

After he figures this out, he will likely pay you no attention like I mentioned before. This guy is really good at tuning out his surroundings. He is one that can at times; have very selective hearing as well as sight.

When this man is focused on what he wants, he will easily start making plans to get what he is trying to achieve. If he isn’t into someone or doesn’t like them, he will waste no time, he will just move on.

Typically Taurus’ behavior is something that is easily noticed and shouldn’t be confusing unless his Moon sign is one that makes him a bit more elusive like Scorpio.

There isn’t much mystery when it comes to the stead Taurus. Unless he has an interesting moon or ascendant sign, he is typically an open book. There are a few that may be secretive.

Most of them however, are truth tellers and much like Sagittarius will tell you what the truth is even if you don’t like it. They’re blunt and razor sharp.

In fact sometimes they aren’t meaning to be mean but, come off that way with how the tell you something. It seems harsh but perhaps it’s something that needed to be said.

As such, they are the same way if they aren’t interested in someone or don’t like them for whatever reason. You become a distant memory if you’ve ticked them off or if they don’t even know you; they will keep that up.

They do not want to take the time to get to know someone they aren’t really drawn to or for whatever reason, want nothing to do with. They easily exclude people from their lives.

What he may sense 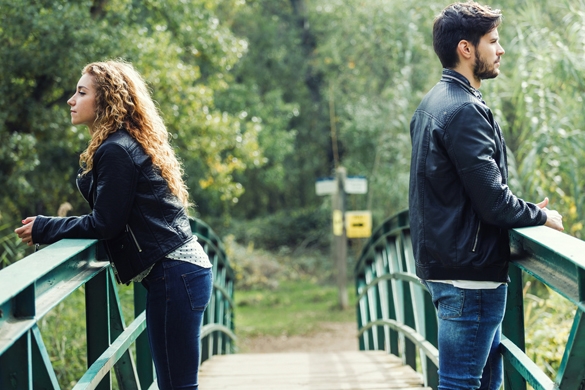 If he feels a tension or some kind of vibration he doesn’t like or isn’t comfortable with, he will turn his back on you. If he’s known you for a while and it seems he’s suddenly done this; it’s been building.

Taurus harbors things for awhile before they finally cut it off. They may seem hard at times but they really don’t like hurting people’s feelings. If they don’t like you then all bets are off though.

They have no trouble telling you how you wronged them or what your flaws are that make him not want to be around you. If you don’t know him though and he avoids you, it’s a sign he isn’t into you or interested in knowing you.

If you still aren’t sure if that Taurus you’ve been watching likes you or doesn’t like you; watch his body language. His actions will always speak loudly about his intent and what he wants.

Taurus is going to let you know via his body language. If you get him to talk at all, he will likely cross his arms and look nervously around instead of looking directly at you. He’s trying to hurry up and get out of there.

When he’s into someone or likes them as a friend, he will be more warm and generous with his time. If he doesn’t like you; he has no time for you.

His body will reflect how he feels. If you try to reach out to touch his hand while handing him something, you’ll feel his awkward pull back. If he does indeed act this way then it’s likely he does not like you and has zero interest.

Again, this all goes back to whether you wronged him in some way, perhaps you are around people he doesn’t like, or he just doesn’t know you and has no desire to; the Taurus man is transparent.

It’s hard for him to hide his feelings. Even when he’s mad, you can tell but you’ll never know what it is until he finally calms enough to let you know. In some cases he won’t even ever let you know until it’s too late.

If it’s too late, he’ll tell you as he’s breaking up with you or telling you he isn’t interested in being anything with you. Taurus men can be real heartbreakers but not all of them are.

I cannot stress this enough; which direction a Taurus will go with you depends also on what their Moon sign is or Ascendant. They are not all the same but what does remain the same is their body language and actions.

Taurus men are fairly clear but there are other things that they don’t always want to share. If you want to know as much as possible about them, you may want to check out my book. In Taurus Man Secrets; there is plenty of pointers and information to help you decipher who this man really is.